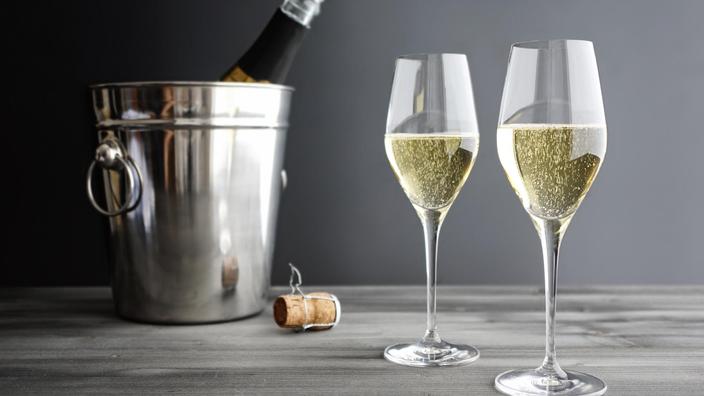 A wine law in Russia obliges champagne distributors to swap the prestigious title of “champagne” for that of “sparkling wine”.

The Interprofessional Committee for Champagne Wine came out on Friday in favor of resuming shipments to Russia from September 15, against the backdrop of the Franco-Russian controversy over the appellation “Champagne“, Indicated its management on Saturday, confirming information from the magazine Terre de Vins. The Committee (CIVC) had advised producers in early July to temporarily suspend exports, in reaction to a new Russian law.

Read alsoPutin declares war on champagne, the underside of a Franco-Russian conflict

Signed on July 2, this wine law obliges champagne distributors to barter the prestigious title of “champagne“Against that of”sparkling wine“On the back label of the bottles written in Cyrillic, reserving the name”champanskoïeTo Russian sparkling wine producers. “The lifting of the suspension of exports is a measure of appeasement which adds to our desire not to seize the World Trade Organization. We will respect the new law“, Jean-Marie Barillère, co-president of the CIVC and president of the Union des Maisons de Champagne (UMC), who continues to advocate diplomatic dialogue, told AFP.

The CIVC decided this lifting while the Russian authorities have still not responded, according to him, to a joint letter sent in July by three French ministers to their Russian counterparts. The letter came from the Minister for Foreign Trade Franck Riester and the Ministers of the Economy, Bruno Le Maire, and of Agriculture, Julien Denormandie.

Russia is, with the United States and Haiti, one of the states not to recognize the appellation of controlled origin (AOC) “champagne»Despite twenty years of discussions. “We multiply the discussions with determination. We will not let go. The only champagne is French“, Reaffirmed September 3 the Minister of Agriculture, visiting the agricultural fair of Châlons-en-Champagne.

Read alsoChampagne: sales of Lanson and Vranken-Pommery rebounded in the first half of the year

«We have informed Ms. Riester of our decision. He understands our position», Affirmed Jean-Marie Barillère. “It is also a question of no longer penalizing Russian customers and consumers further as the end of the year holidays approach.»He clarified. According to him, the suspension of shipments to Russia “was followed by at least 95% of the houses». «The Champagne sector sells around 1.5 million bottles on the Russian market, or 0.5% of the total market. But it’s an image market where champagne sells for quite a bit», He underlined.