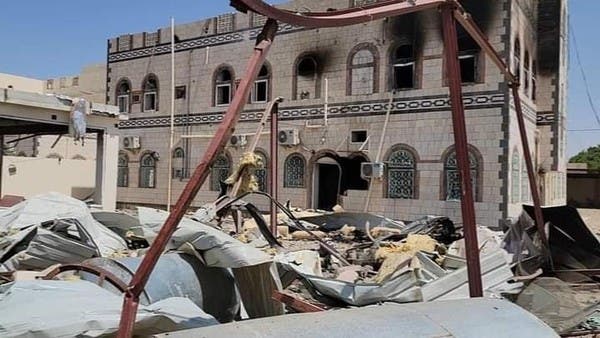 In an act described by the Yemeni Minister of Information as cowardly, the Houthi militia reduced the house of the governor of Marib to rubble, horrifying children and women.

Pictures and scenes from the scene showed the house largely destroyed, while the damage was clear inside.

At the same time, the Yemeni government denounced the targeting of Militia Supported by Iran, the governor of Marib, Sultan al-Aradah, in the Wadi district, fired two ballistic missiles, which terrified women and children and caused great damage to the house, a hospital, a mosque, and a number of nearby houses.

2- The terrorist targeting of Sheikh Sultan Al-Arada’s house, which has become an icon of Marib’s steadfastness, struggle, and resilience in the face of the Houthi militia, and a model of dedication, sincerity, sacrifice and sacrifice in the service of the country. pic.twitter.com/9iTr5tC6Df

The Yemeni Minister of Information, Muammar Al-Eryani, said in a series of tweets on his Twitter account yesterday evening, that the terrorist targeting of Al-Arada’s house was “a cowardly act of revenge that confirms the state of bankruptcy that the militia is going through, after the failure of all its attempts to undermine the steadfastness of Ma’rib Governorate and its people.”

He also called on the international community and the UN and US envoys to condemn the attack and all attacks on residential neighborhoods, homes and displacement camps in the Ma’rib governorate, as a war crime and a flagrant violation of international laws and covenants.

In addition, he called for bringing those responsible for these attacks, among the leaders and members of the Houthi militia, to the International Criminal Court, as “war criminals.”

It is noteworthy that the governor of Ma’rib was inspecting his house after it was targeted Houthi militia. In media statements, he stressed that the battle between the Yemenis and the terrorist Houthi militia is greater than the issue of targeting people, buildings and stones, but rather a battle of identity and history.

It is noteworthy that in February 2021, the Houthi militia escalated its attacks and military operations to control the oil-rich Marib, in an attempt to strengthen its position during the political negotiations.

Despite calls by international humanitarian organizations, the United Nations and the United States to end the war and stop Houthi attacks on the governorate, which is home to thousands of displaced people, the militias continued their attempts to advance, without achieving any tangible results, amid the resistance of the army and tribal fighters.