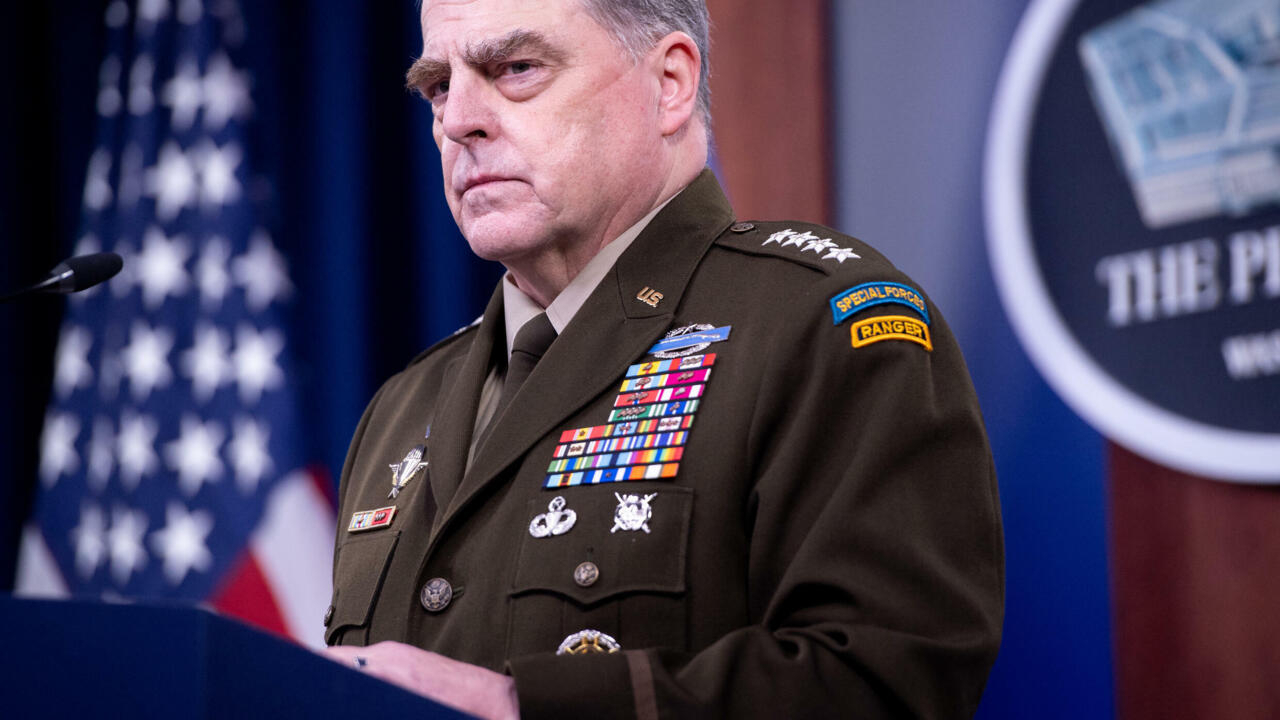 In response to the US military’s Joint Chiefs of Staff Chairman Mark Milley at the end of the former President Trump’s administration, he called the Chinese military senior officials twice to inform the US military before the war. Chinese Foreign Ministry spokesman Zhao Lijian avoided answering this matter today, only referring to ” Cooperation between China and the United States will benefit both, while fighting will hurt both.”

According to a report by the Central News Agency today, the Ministry of Foreign Affairs of China held a regular press conference in the afternoon to call the Chinese army by the chief of staff of the US military, saying that the war should be notified first, and the Chinese side avoided answering. However, for the United States, Britain, and Australia intending to establish a new security partnership, the United States and Britain will use this to provide Australia with nuclear-powered submarine technology. Zhao Lijian claimed that the United States, Britain, and Australia launch nuclear submarine cooperation and seriously undermine regional peace and stability. It is an extremely irresponsible act to intensify the arms race and undermine international nuclear non-proliferation efforts. China will pay close attention to relevant developments.

According to the report, Zhao Lijian said in response to a question from Milli’s call to the Communist military’s senior level, “I don’t know the specific situation you mentioned. What I can tell you is that, as a permanent member of the UN Security Council and the world’s two largest economies, ‘Combination benefits both, fights hurts both.'”

As for the nuclear submarine cooperation between the United States, Britain, and Australia, Zhao Lijian declared that the move seriously undermined regional peace and stability, intensified the arms race, and undermined international nuclear non-proliferation efforts. The export of highly sensitive nuclear submarine technology by the United States and Britain to Australia once again proves that they use nuclear exports as a tool for geopolitical games and adopt double standards, which is extremely irresponsible.

Zhao Lijian also said that Australia, as a non-nuclear-weapon signatory to the Treaty on the Non-Proliferation of Nuclear Weapons and a signatory to the South Pacific Nuclear-Weapon-Free Zone Treaty, has introduced nuclear submarine technology with strategic military value. The international community, including neighboring countries, has reason to question Australia. The side’s sincerity in abiding by its nuclear non-proliferation commitments, China will pay close attention to the development of related events.

He said that the countries concerned should abandon the outdated Cold War zero-sum mentality and narrow geopolitical concepts, respect the hearts of the people in the region, and do more things that are conducive to regional peace and stability, otherwise they will only shoot themselves in the foot.

According to the Central News Agency, the new book Peril (Dangerous, tentative translation) co-authored by The Washington Post and well-known investigative reporter Bob Woodward and political reporter Robert Costa disclosed that Milly was in On October 30, 2020 and January 8 this year, I called Li Zuocheng, Chief of Staff of the Joint Staff of the Central Military Commission of the Communist Party of China, and promised to issue a warning in advance when the United States launches an attack. Li Zuocheng believed in Milli’s promise.