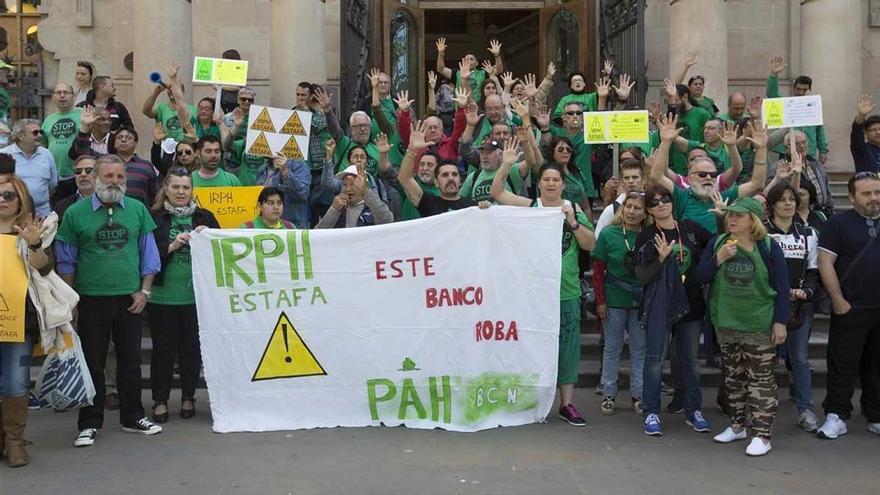 He Court of Justice of the European Union (CJEU) has admitted for processing the preliminary ruling referred by the magistrate, Francisco González de Audicana, of the Court of First Instance number 38 of Barcelona, ​​so that it is precise in its interpretation of the use of the IRPH index in mortgages. The magistrate He was already the one who raised the previous preliminary ruling, resolved by the CJEU on March 3, 2020. This second question has its origin in the discrepancies that have emerged after the recent pronouncement of the Supreme court affirming in its sentences of November 12 that, despite the lack of transparency of the IRPH clause, it is not abusive.

The resolutions issued by the Supreme Court have generated controversy among the Spanish judicial bodies, as has already occurred with other interpretations of the Supreme Court on issues related to financial consumption, In sentences of various courts after the Supreme Court’s clarification, courts of Vigo, A Cortuña, Ibiza, Córdoca or Arganda del Rey have declared the ‘abusiveness’ of the IRPH clause in several cases presented.

The Barcelona judge asked the CJEU to rule on six questions about the abusive nature and transparency of the IRPH index, in order to clarify doubts about the interpretation of European Union law in matters of defense and consumer protection.

Audicana requests that the CJEU resolve it through accelerated procedure so that it is clarified in a shorter period of time to avoid further damage to the thousands of consumers affected, a figure that is close to one million contracts.

The judge asks the court to clarify whether the professional who imposes a minority implantation index such as the IRPH in a contract signed with a consumer, must incorporate into the contract the full definition of it, as it is included in the rules that regulate it, or do not deliver, prior to subscribing, an information brochure that includes its previous evolution.

He also asked for clarification on whether the fact that the IRPH Cajas is published in the BOE it saves the transparency requirements regarding the composition and calculation of the index, “including the professional obligation to inform the contracting consumer regarding concepts such as interest rates, benchmarks or equivalent annual rates”.

Try to clear if once it has been considered that the IRPH clause does not exceed the required transparency criteria, pursuing a subsequent trial for “abusiveness” may be against the law. And, in addition, it asks whether not providing the objective data for the evolution of the index during the last two years makes it an abusive clause in itself.

It also asks for clarification about the fact that when the judge understands that a contract cannot survive without the clause relating to the interest rate declared abusive, it can offer the consumer the possibility of opting for the nullity of the contract or the integration of it.

Fifthly, the judge asks the CJEU to clarify whether it is possible that once the ‘abusiveness’ of the clause that incorporates the IRPH Cajas has been declared – which is the one included in the initial lawsuit that led to the first consultations with the Luxembourg Court – – this may be replaced by lRPH Entities -new official index-, “taking into account that both are determined by the same and complex calculation method.”

At the bottom of these questions lies the question of if the lack of transparency does not in itself imply ‘abusiveness’. The vice-president of the CJEU, the Spanish Rosario Silva, in a justice forum in Santander recently stated: “The The principle of transparency is an essential value in relations between consumers and financial institutions and companies at the European level. “In relation to the Directive on abusive clauses in contracts concluded with consumers, Silva points out:” The Court has reiterated that it is necessary that these clauses be drafted in a comprehensible way – that is what transparency refers to. – for the consumer to make a final decision with full knowledge of the facts “.