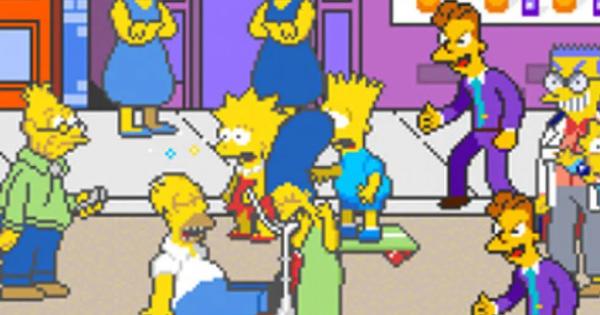 The arcade game of The Simpson developed by Konami is a legendary title that many would like to have in their collection, but sadly it is expensive to get and its digital version is no longer available. Luckily, you will soon be able to have a replica of this legendary game in your home.

What happens is that Arcade1Up, a company that has become famous for launching replicas of classic arcade cabinets, announced its new product. As you can imagine from everything we’ve said so far, this is the replica of The Simpsons Arcade.

Like other Arcade 1 Up products, the relaunch of The Simpsons Arcade it will be a replica ¾ of the original machine. The cabinet will be adorned with vintage art to make it look just how you remember it.

In case you missed it: The Simpsons included a small tribute to The Legend of Zelda

The replica of The Simpsons Arcade It will be accompanied by a second game that has not been revealed. It will also have support to connect to wi fi so that you can play with other people.

Pre-sale of the cabinet replica The Simpsons Arcade will start on July 15th. At the moment it is unknown what its price will be, but it offers models in a price range that goes from $ 399.99 USD to $ 549.99 USD. As you can see, this is not a cheap product, but we believe it is a price that collectors will be willing to pay.

What is it The Simpsons Arcade?

In case you don’t know The Simpsons Arcade is an arcade game developed by Konami and released in 1991. The game is based on the first season and won the affection of fans thanks to its humor and that it knew how to capture the humor of the characters in the series created by Matt Groening .

The game was re-released on Xbox 360 and PlayStation 3, so players had the opportunity to download it. Unfortunately, the game is no longer available on the PlayStation Store and Xbox LIVE, so there is no longer an easy way to play it.

What did you think of the relaunch of The Simpsons Arcade? Would you like to have this arcade cabinet in your home? Tell us in the comments.

Go on this link to see more news related to The Simpson.