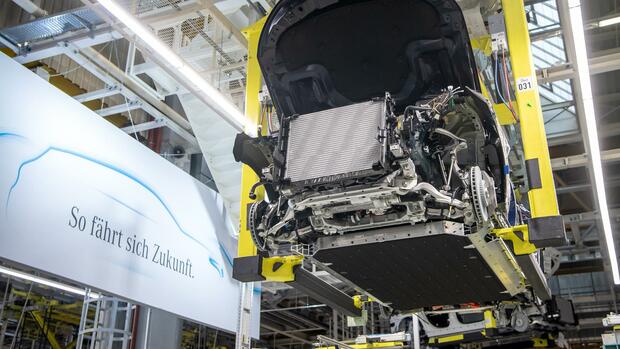 Whoever appoints the new chancellor, climate protection will be the dominant issue in the next government. And Greens boss Annalena Baerbock is right: the industry has largely made friends with the climate change project. From the biggest energy consumers like BASF to the biggest electricity producers like RWE – most companies are preparing to phase out fossil fuels. Some want to convert their systems to hydrogen, others have secured their electricity production with CO2 certificates, which they bought cheaply years ago. If the coal phase-out comes earlier, RWE can sell the unused certificates.

The example shows: The specific success of a company when it comes to the energy transition is also a question of knowledge, power and possibilities.

This is especially true for the auto industry, which could live quite well with green government participation. The electric car is also due thanks to high subsidies, the industry has ticked the combustion engine technologically and economically. When the industry presented itself at the IAA auto show in Munich at the beginning of September, petrol and diesel models no longer played a role. The once largest car show in the world mutated into “green week”, where the actors outbid each other with their climate promises.

Daimler, BMW, Bosch and Volkswagen want to become climate neutral in the long term and support the “Science Based Targets” initiative. In it, companies undertake to take measures to ensure that global warming does not rise above 1.5 degrees. Specifically, Volkswagen wants to reduce the emissions of its vehicles over the entire life cycle including production and use by at least 30 percent compared to 2019 by 2030, competitor BMW even offers 40 percent. The use of the cars and especially the production through the supply chain should be taken into account in this calculation.

However, the electric car of all things causes problems here: According to Daimler, the production of an electric vehicle with lithium-ion batteries is twice as energy-intensive as that of a car with a combustion engine.

Who calculates the carbon footprint of a chrome strip?

The tricky thing about the calculation is that it first has to be valid. While the automotive industry can reasonably record the energy consumption for its plants and knows every energy-saving lamp, this is by no means the case for the complex and international supply chains. But that is the thickest chunk in the equation: up to eighty percent of a car’s added value comes from the various stages of the supply chain, the implied energy consumption of which no one knows exactly today. But you do it like this: Specifically, for example, Daimler obliges its suppliers to sign an “Ambition Letter of Intent” in which they undertake to guarantee only CO2-neutral deliveries in the future.

BMW and Volkswagen are also making freedom from CO2 a knock-out criterion for future delivery relationships.

The change from the combustion engine to the electric drive is a challenge for the suppliers. The additional demand for climate neutrality makes the undertaking a ride in hell for many companies. Both start-ups and large software companies such as SAP, Oracle or Salesforce are working on programs that calculate CO2 emissions, but standards for a joint calculation of emissions are still lacking. How do you balance the production of a chrome strip whose raw materials come from South America or Africa, which is made in Romania and then, assembled in Germany, goes to China on the finished car? This is how the supply and value chains of the German auto industry work.

The result is confusion and increasing selection pressure in the supply chains. In this country, the transformation will only succeed if green electricity is sufficiently available and affordable. But so far the hydrogen economy has only existed on paper. On the other hand, bureaucracy and approval processes make it difficult for companies to obtain green energy. If politicians do not remove these hurdles quickly, there is a risk that many suppliers, and with them entire regions, will fall out of the value chain of the automotive industry.

So that climate neutrality does not remain an empty promise and also does not lead to the deindustrialization of Germany, the next federal government must tackle these problems quickly. It may well be that the big automakers can meet their climate targets. Politicians should treat these promises with caution. Because that doesn’t apply to the supplier companies. They and their employees have to manage most of the transformation that has just begun.

More: We car customers need to be weaned. A comment by Markus Fasse