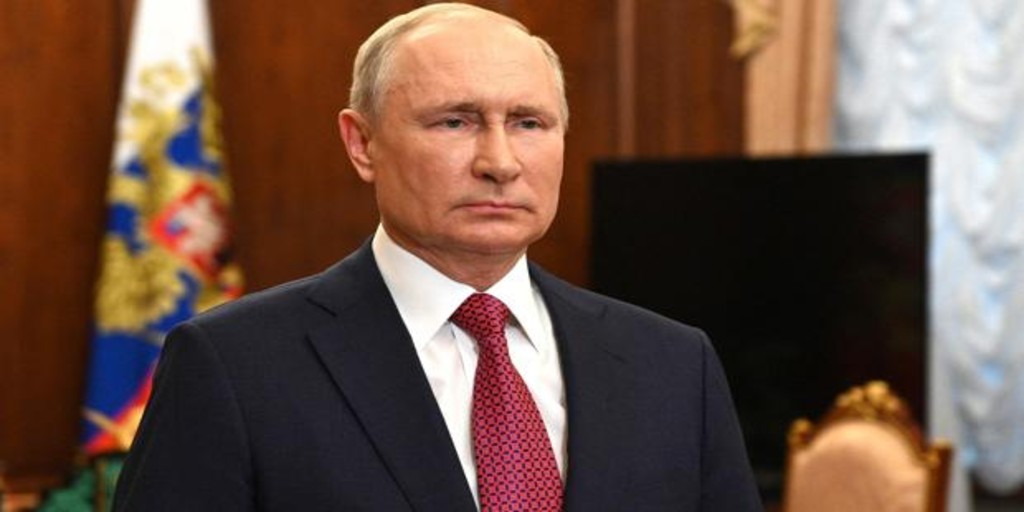 Theirs is more than an ephemeral longing or the childish whim of a summer night. Vladimir Putin has been playing a thrilling game of chess for a decade. The last movement of him, which smells of the effective ‘Blitzkrieg‘ from Adolf Hitler To leagues, it has been the rupture of the Ukrainian border and the arrival at full speed until Kiev; but the symphony is not new and it already resonated in Crimea back in 2014. Now, eight years and a pandemic later, there is a term that is repeated throughout the world: the great russia. That confused and blurred entity that has become the El Dorado of the former member of the KGB.

with the USSR. Due to historical closeness and having passed through a Cold War, he sighs. However, José M. Faraldo, expert in the history of the country and author of works such as the recent ‘Against Hitler and Stalin’ (Alliance), destroys myths and reconstructs realities. In statements to ABC, the also professor of Contemporary History at the Complutense University confirms that, if he had to choose a period to associate this term with, that would be the Russian Empire. He who was enlightened with Pedro I in 1721 and was extinguished by blows in 1917. Thus, Putin would have more of a 21st-century czar than a supreme comrade.

In its years of maximum expansion, that imperial mass occupied 22,800,000 square kilometers and extended from the Black Sea to Vladivostok, on the shores of the Sea of ​​Japan. His domains covered Finland, Russia itself, the Baltic States, Ukraine, Belarus, Poland, Bessarabia (in Moldova), Wallachia (today part of Romania), the Caucasus, Turkish Armenia, certain regions of Central Asia (Kazakhstan, Turkmenistan, Tajikistan, Kyrgyzstan and Uzbekistan) and Alaska. It was, in practice, the largest country in the world.

The greatest danger is around countries like Poland. “In the time of the Tsars, it was divided into three parts that belonged respectively to Prussia, Austria-Hungary and Russia. As the largest was Russian, it is considered a historical region there, “adds the expert. Although it seems an implausible coup de mano, since the country belongs to NATO since 1999, it is creepy to think of T-14 Armata battle tanks treading the territory.

In any case, what the professor is clear about is that the tsar of the 21st century does not seek to emulate the USSR. In the first place, because it had some territories in East Asia. “I am not sure that they are of interest to him,” he explains. Nor does it appear that Putin is seeking to scratch into the more ideological Bolshevik past in forging the new empire of which he dreams. In 2014, the president wrote an article entitled ‘On the historical unity of Russians and Ukrainians’ in which he charged like a raging bull against the idea of ​​self-determination of small peoples put forward by Vladimir Ilyich Ulyanov.

“Lenin implemented a plan to form a federation of equal republics. Their right to separate freely was included in the founding text. In doing so, a ticking time bomb was placed in the foundation of our state that exploded as the party collapsed from within,” he wrote.

Putin follows the doctrine devised by Leonidas Brezhnev. The former Soviet leader in the sixties was in favor of the fact that the republics of the USSR were not sovereign and should be accountable to the great mother Russia. “When forces inside and outside socialism try to guide the evolution of a socialist country by pushing it towards the restoration of capitalism, this is a matter of concern for all states,” he argued. That mentality was what made the Soviet Union prevent its satellite regions of Central Europe from entering the Marshall Plan. Although also, and in the words of Faraldo, to approve “the invasion of Czechoslovakia when it was thinking of betting on a more open socialism.”

That paternalism is related to the empire of the tsars. “In the nationalist ideology of the 19th century, peoples like the Ukrainians or the Belarusians formed Little Russia: little developed, full of peasants… Great Russia, like a great brother, had to protect them,” the expert concludes.