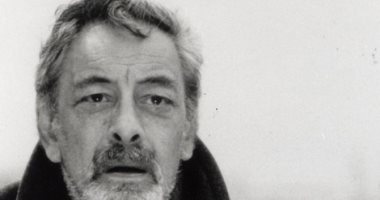 Today, Sunday, marks the third anniversary of the departure of the great artist Jamil Ratib, who passed away on September 19, 2018 at the age of 92 after a long struggle with illness.

In an old meeting of the late Jamil Ratib in 2017, with the Lebanese media, Raghida Shalhoub, on the “Comprehensive Examination” program, he talked about death, and Ratib said at the time: “Death for me is a relief from the problems of disease and old age. Death is the fate of every human being. When I die, the people who were beside me and love me and I hope to meet them in the second world will happen to me. I am 90 years old and loved the life I lived, but my life is now satisfied with it, praise be to God.“.

Jamil Ratib graduated from the French Law School, and completed his university studies in France. He started acting since he was in the study stage, but his first cinematic appearance was in 1946 through the movie (I am the East), and then he left for France again to continue his artistic work in cinema. Then he returned to Egypt again in the mid-seventies of the twentieth century and began appearing in Egyptian cinema extensively since then.

He participated in starring in a large number of films, including “Kafani, Heart, No Consolation for the Women, Love in the Dungeon, The Beginning, Birds of Darkness.” Al-Bayda, Zizinia, Moon Face“.