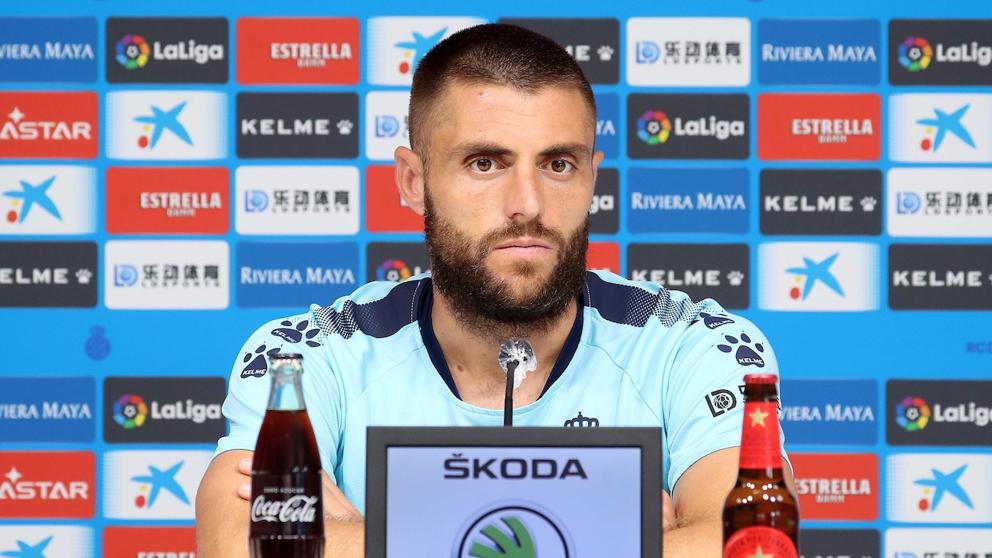 For the first time since practice returned, a player from the Spanish He has faced questions from journalists, plus the usual ones from the League and the club. It has been done electronically, promoted by the blue and white communication department. David Lopez He acknowledged that “these have been very hard weeks” of “little time and a lot of load”, although “the team is responding well” and “the sensations are very good”.

As a balance, he commented that “the first week, after being unemployed for so long, we felt very strange, but now that we can work in larger groups and more real situations, we will adapt better.” Of course, he has warned that they must “be careful not to injure us.” The players “are not yet” ready “, because” three weeks are few for the months that we have been stopped, but we are getting better feelings, not only with the ball, also in changes of direction, game situations … “.

Yes, it can benefit us; people’s feelings and faces are different ”

The central has also reviewed these months “of great uncertainty.” “It was said that if the competition did not resume we could go down. They were very hard weeks because training at home, alone, in the end gym and running issues, which is the least we like, and added to the uncertainty of the virus and what was going to happen with the League. But we are already here. We have an eleven-game League, “he said.

Having been unemployed for two months, however, “yes it can benefit us,” says David López, who since he returned has seen “the feelings of the people and the face is different.” Before, he explained, “we were blocked, with anxiety, the party of Osasuna It hurt us and being unemployed for these months has served us well. It has been a reset that can benefit us ”.

Espanyol’s squad had eight coronavirus infected, plus two members of the coaching staff. Something that the captain has also analyzed: “We have had more infections and, from what I speak with those who have suffered from the disease, they have had a really bad time. We have players who had a hard time going back to running, working out aerobic situations, even players who have been in bed for a long time. Now start again from scratch, even with some ballast. There are players who are not yet at our level and this will weigh on us because we need all of them in these eleven days. Physical trainers try to be cautious, but it is something that hurts us.

All this, for David López, means that “the competition has already been totally distorted”. “There will be many changes from a normal season. Not having the public at home is a very big disadvantage, and having suffered from covid. The fact that there are other teams that do not play anything, that some play in sports cities, make five changes, will be another competition. We have a very important challenge and we have to be aware of it and we have to use all weapons so that we do not care. “

The center considers that “you cannot lose the fear of contagion”, that “it is inevitable”, that it is something you have when you go to the “super” or “for a walk with the children”. “There are many players who complain, who are afraid and the only thing I can ask my teammates is that they be as responsible as possible and that they now try to continue avoiding being with people,” he said.

Saving Espanyol “is the greatest challenge of our lives,” said the central defender. Something that will be “very complicated” and “will mean a lot of wear and tear, not only physical, but also mental, and we have to be prepared. We are all aware and we are going to get it out. We are going to split our faces for it ”. In addition, he added that it is not the same when they are “playing life” playing “72 hours” after finishing a game. “It will be complicated. The tension generated by a game with an audience is not the same as one that seems like a workout. The parties that do not play anything can take it as such, but we cannot afford it ”.

The first meeting will be against Alavés, in Barcelona. A meeting that will be “very important because the first ones will mark us a lot”. Although he insists that “we must not obsess in each specific match”, but that they should “take it as an eleven-game league” so as not to “generate too much stress”.

To conclude, the defender stated that for him “it would be more important and beautiful to achieve salvation this year than to enter Europe last year”, something that makes it “a nice challenge to assume” that, if they succeed, “it will be a season historically remembered and that motivates us ”. David López trusts – and has “always” – “in the players and the coach” and “was very clear that we would save ourselves. I hope to get to the last day with options to save us. ”