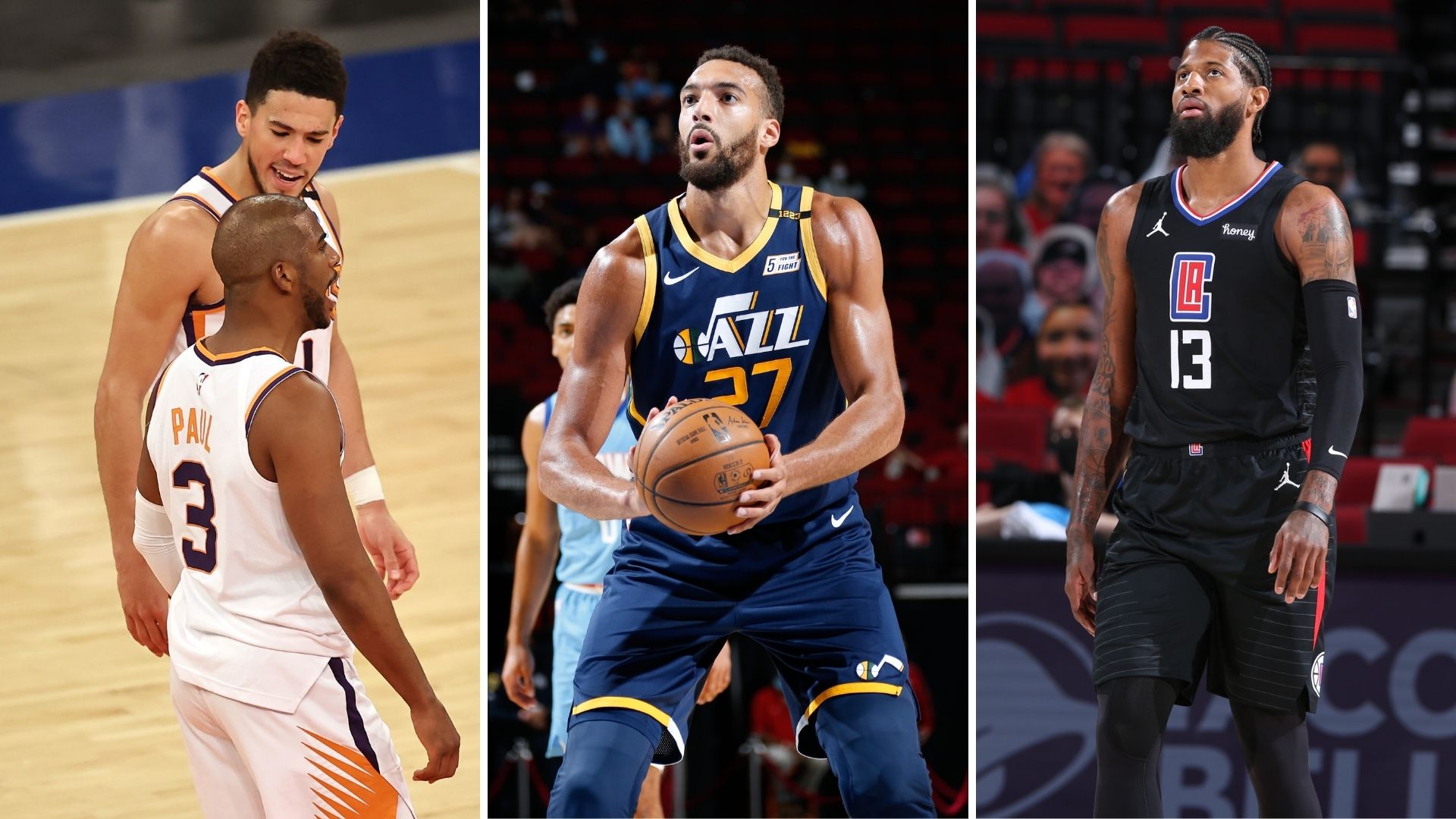 With just 18 days remaining to conclude the Regular Phase, three teams are opting to finish as the first seed in the Western Conference. They are barely separated by 2 games and on Wednesday there will be a confrontation that can further condense the table with the visit of Ty Lue’s men to Arizona. All the details.

In this season of surprises where Los angeles lakers have been falling positions in the classification due to their losses, the Western Conference it seems more open than ever. There are three teams that will have real options to conclude the course occupying the highest position in the table: Utah Jazz, Phoenix Suns Y LA Clippers.

What at first aimed to be something in the possession of Salt Lake City without a rival in sight, first they were losing distance with respect to Arizona and, without making much noise, the other Los Angeles team has been cutting back space until you practically step on the heels of both sets. Just There are 2 distance games between Snyder’s and the Californians and with 18 days to conclude this Regular Phase, the table could take a 180º turn from here to the end.

To occupy the first place, beyond the prestige, grants the privilege of maintaining the court factor in all qualifying rounds Playoffs at the expense of knowing who would be his rival in a hypothetical Finals. To this must be added that this team would be measured against a rival in the First Round who would come from playing two games in a week thanks to the format Play-In, playing this in favor of the first classified, who would have more rest time from the end of the season until the start of the series for the title. Despite this, being first also has its drawbacks, because in a future Conference Semifinal, this team would face the winner of the series between the fourth and fifth, right now the Denver Nuggets and the Los Angeles Lakers.

The night from April 28 to 29 it will be key in the definition of the upper part of the West. Mainly because Suns and Clippers will meet for the last time this season in a duel that can greatly condense the classification; secondly, the Jazz will have the opportunity to get out of the pothole they are in and put some distance from their two competitors.

The 2020-2021 season is here, the NBA League Pass it’s your place to watch the action, and now you can do free around here . ✅ 7-day free trial ✅ Live and on demand matches ✅ The opportunity to watch everything on your favorite device.

Everything to decide between Suns and Clippers

Trial by fire for the men of Monty Williams, who have before them the opportunity to conclude a streak that seemed not to see its end until just a few months ago. A victory tonight would mathematically ensure their presence in the Playoffs, concluding with a period of 10 editions in which the Suns have been left out, this being the second largest active in the entire NBA, only surpassed by the Sacramento Kings who have been 14 years old.

Since 2010, the Arizona franchise has been immersed in a long rebuilding process from which they now seem to emerge, all thanks to the development of Devin Booker and the arrival of Chris Paul. Beat the Clippers It would mean a double victory since it would give them a distance of 2 games, something that, although it can be traced, would be complex for Ty Lue’s.

However, the Clippers have in their favor having won in the 2 previous meetings of the season, one in January and the other just a few weeks ago. Angelenos have been performing at a fantastic level recently thanks to the leadership of Paul George that the equipment has been thrown on its back with 27 points, 8.8 rebounds and 4.2 assists in the last 5 games. If they beat Phoenix in this game, they would generate an interesting situation since, in the absence of knowing what Utah does, they could be 1 to 1.5 games away from the leadership with 8 presentations on the horizon.

Contrary to what happened in the two previous crashes, this time heThe Clippers won’t be able to count on Patrick Beverley, out due to injury, and Kawhi Leonard will doubt because of pain in his right foot. Absences that could expand the options of the Suns, who return to Phoenix after beating the Knicks, who had 9 consecutive wins.

Utah, looking to come back

The injury of Donovan Mitchell seems to have ended up affecting more than could be expected to those of Salt Lake City. In the 5 games he has been absent, the Jazz have accumulated a balance of 2 wins and 3 losses, a record more than worrying and that together with the irregular performance that they previously dragged has jeopardized their first position in the West.

All the alarms sounded recently when Quin Snyder’s men were unable to prevail against one of the most irregular and weakest teams in the competition such as the Minnesota Timberwolves, Thanks to the two victories they achieved, they have definitely come out of the last position in the classification, placing themselves with a 19-44 mark. The first opportunity to make amends for their mistakes will happen tonight on their visit to the Sacramento Kings, who arrive after surprising the Dallas Mavericks and who tend to be a completely unpredictable team.

Nobody seems to have been able to assume the role that the injured Mitchell had been playing, which has made the Jazz attack suffer, having four of their starters below 43% shooting from the field: Jordan Clarkson (38.9%), Bojan Bogdanovic (39.4%), Mike Conley (42.1%) and Joe Ingles (42.4%).

Winning would give them a margin over their two competitors, regardless of what happens between them, an issue that is coupled with the fact that Utah has the most affordable schedule among them. In the next few days they will have to face teams like Raptors, Spurs or Rockets.