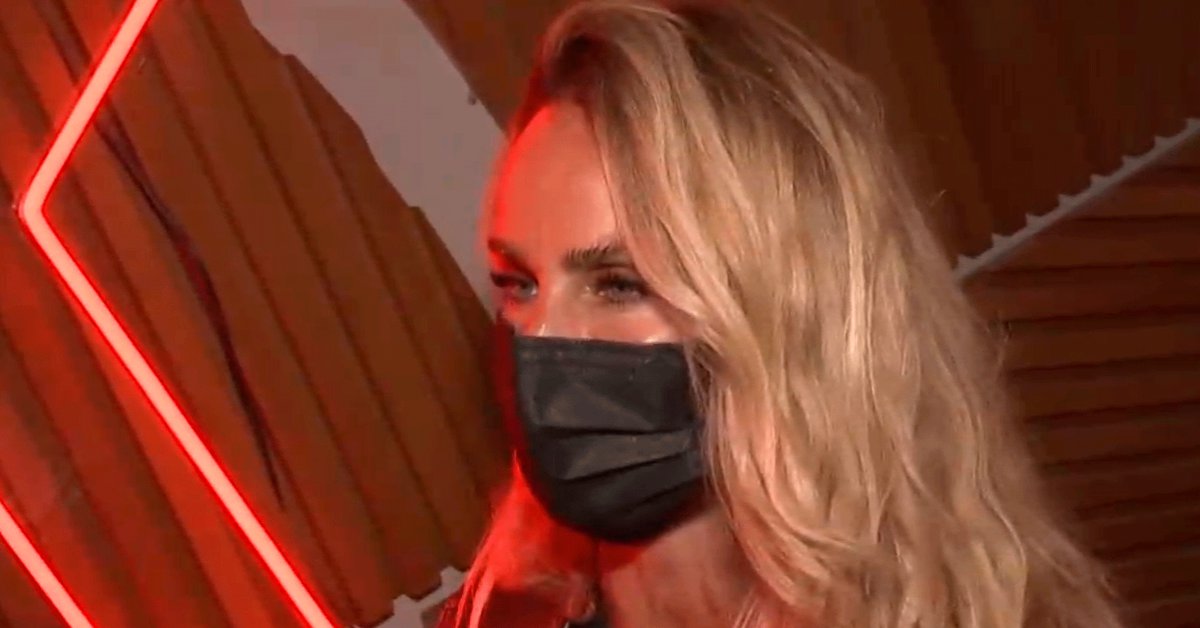 Just over a month ago, it became known that Sabrina rojas Y Luciano Castro placeholder image they had decided to separate after eleven years together and two children together. “We parted ways a little while ago, but fine. We are both fine. They are going to see us a thousand times together, because we separated as a couple, not as a family “, stated the former model on May 20 in a statement that was published by Angel De Brito through your account Twitter.

Later, she also posted a story on Instagram with a screenshot of her conversation with the host of The Morning Angels, in which he gave more details of the good bond he maintains with his ex. “Yesterday we went to lunch outside, today he also came home for lunch. The idea is to continue sharing as a family. Later life will tell! “it said in the chat.

The message that Sabrina Rojas sent to Ángel de Brito

In this context and after a reasonable time in which she chose low profile, Sabrina had her first bachelorette outing and went to see Sex, the work directed by Jose Maria Muscari, which was re-released a few days ago after the reopening of the theaters that today can have a capacity of 50%. There, she was intercepted by the chronicler of Relentless, Diego Bouvet, who asked him some questions about reuniting with his ex on Father’s Day.

“When there are no debts, things are at peace, the accounts are settled and, furthermore, two people love each other very much, it can be done. It’s good, “he said. Later, when asked about the reason for their recent breakup, she explained: “I don’t know, life. What do I know! You saw that sometimes not everything is love … Sometimes coexistence, things decay a bit and you have to take distance “. And about the rumors that Castro would have a new girlfriend, he said: “We are free so each one can make his life as he prefers, as he wants”.

On the other hand, Rojas confessed to being surprised by the candidates who appeared to her after the separation. “There is everything, with some I said: ‘Oh, look, I had forgotten'”, he expressed between laughs. In addition, he assured that he is fully enjoying this personal moment. “At 41, staying single is like a good world. Already with a long life, divine as I am and with 41, it is the ideal time to remain single. I have a great time from day one, that’s the idea “he commented. However, he did not close the door to a possible reconciliation with the father of his children: “Later time will tell: maybe we will return in a month, in ten years or in five”.

Begining of June, Rojas had shared several photos of the actor playing with her daughter Esperanza, under the title “secrets” and then being discovered by his other son, Fausto. “And the jealous indignant,” “discovered,” he added. In this sense, the couple continues to show that the bond as parents is still intact, as she had anticipated when telling about their breakup. Even in the workplace, both will return to star in the play Nudes, next to Gonzalo Heredia, Brenda Gandini, Luciano Cáceres Y May Scápola, which will soon be on Corrientes Street.

Tamara Pettinato spoke about the health of her brother Felipe and made a surprise announcement: “We are going to do a reality show”
Natalia Oreiro dazzled with her new look: “Playing for a while with these blond hairs”
The deep pain of El Polaco for the death of his father, Jorge Carlos: “I will never forget you”
Gimena Accardi’s moving story after the collapse in Miami: “I was the first to arrive at the hospital shaking and with my boots covered in dust”