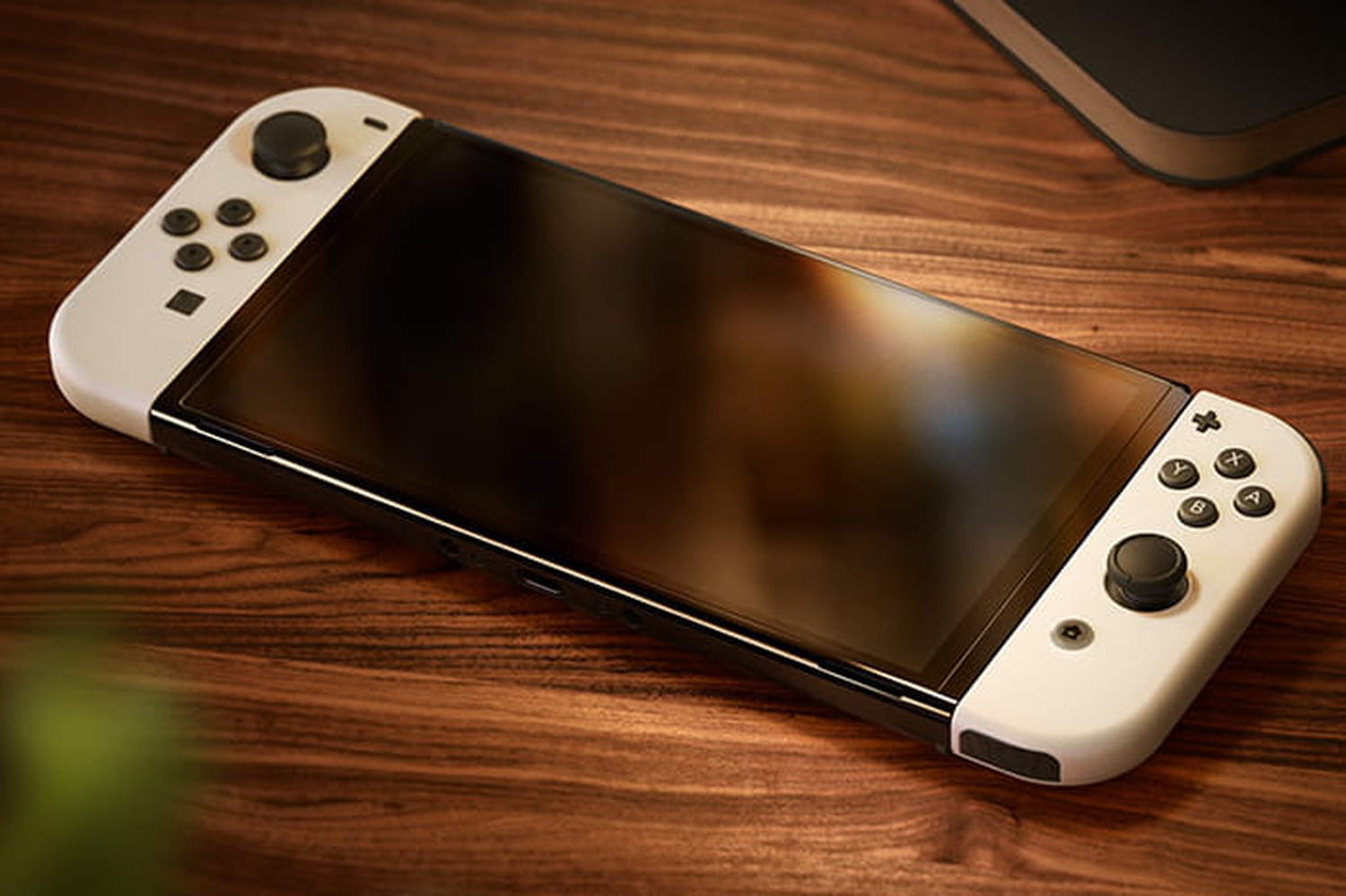 NINTENDO SWITCH OLED. It’s October 8th, the new Nintendo Switch OLED model is now available in stores. Find out where to buy yours at the best price with already a promotion of 30 €.

[Mis à jour le 08 octobre à 15h20] We had to wait for its official release date of October 8 to finally get our hands on the new Nintendo Switch OLED. Although not more powerful than the previous model, this version has several qualities like a sumptuous OLED display and an improved dock.

Offered at the base price of € 349, it will certainly take several months or years to see big price reductions on the console. However, it is already available from several official resellers including Fnac, which already offers a promotional offer and a small reduction.

Where to buy the Nintendo Switch model OLED at the best price?

After a successful release in Japan and already some stock shortages, the new Nintendo Switch OLED model is now available worldwide. If you want to get your hands on it, several options are available: Micromania, Amazon, CDiscount, Fnac … Note that it is however this last reseller who currently has the best price on the new console with € 319.99!

Fnac currently offers a flash offer reserved for its members: 10 € offered on your loyalty account for every 100 € of purchase. This therefore allows you to save 30 € on the new Nintendo Switch OLED! Be careful, however, since this offer is only available until Monday, October 11 at 1 p.m.! To take advantage of it, have your Fnac member account and fill in the promo code “OCTOBER” when proceeding to payment.

On the new image side

The new Nintendo Switch is here, but it is far from the Nintendo Switch Pro that we thought we had heard about in early summer 2021. It is not the revolutionary console that can support 4K and technically compete with consoles Xbox Series X | S and Playstation 5. No, this is purely and simply an improved version of the Nintendo Switch, on a few specific points. First in terms of its display, as its name suggests, the Nintendo Switch OLED will benefit from a 7-inch OLED screen (against 6.2 for the Switch, and 5.5 for the Switch Lite). For those who are not sure what OLED is, we are talking about a display technology superior to LCD screens, producing greater contrasts, and greater color fidelity, day or night.

We can also note that the OLED Switch now benefits from a docking station that can be connected to Ethernet, which means higher download speeds (depending on your connection) for the consumer. This same station also sees its internal storage capacity doubled to reach 64 GB, and it will still be compatible with microSDHC and microSDXC cards. Another innovation to note, its “crutch” allowing a nomadic use has also been reworked in order to allow to play in all circumstances, just like its speakers which will provide a better quality sound. In terms of performance, we are very far from what we announced for a potential Nintendo Switch Pro. In the “docked” version the maximum resolution does not change, we stay on Full HD (1080p). The processor also remains the same, still an Nvidia Tegra. We will therefore have to wait a while before seeing Link and Zelda in 4K.

The Nintendo Switch OLED therefore presents a lot of comfort improvements, with a larger screen and a more modern docking station. Regarding the latter, Nintendo has affirmed that the new Switch OLED docking station will be compatible with Switch consoles. If you already own the Nintendo Switch and want to get this new dock, know that Nintendo has claimed that it will be sold separately on the official Nintendo website, in its white version.

Micromania takes over your old console

A masterstroke from Micromania. The French firm has well prepared the arrival of the Nintendo Switch, and offers to take back your old console in exchange for size reductions on the pre-order of the Switch OLED. A good way to upgrade your gaming system while avoiding waste. By taking back your old console at the listed price, you get a discount of the same amount on the Nintendo Switch OLED. We welcome the initiative, and we detail this offer (which lasts September 17 to October 11 in store) which you can consult in detail here, and on the website of Micromania.

The Nintendo Switch OLED is available for the modest price of 349.99 euros from us. However, it should be noted that promotional offers reserved for members or based on promo codes may sometimes be available. Apart from these rather rare price reductions, the OLED Switch is placed almost in the same price range as its older sister, still available at around 300 euros. Concretely, this version is not supposed to replace the Nintendo Switch, these two consoles should coexist for a certain time, it is a version more optimized for the game on the move, for 50 euros more than the Switch. Two colors will be offered when it is released, white and neon blue / neon red.

The Nintendo Switch OLED was released on October 8, 2021 in our shelves. We just have to hope that it does not suffer the same fate as the Playstation 5 and the Xbox Series X when it was released: an instant out of stock. It would then become the favorite gaming platform for fans of Nintendo games, with many releases to watch, such as the Pokémon Diamond and Pearl remakes, Pokémon Legends Arceus and Breath of the Wild 2. Of course, the Nintendo Switch OLED is fully compatible with Switch accessories and games.

Concretely, the Nintendo Switch OLED is not really different from the Nintendo Switch. Inside, and Nintendo has been very clear on this point, we find the same processor and the same amount of RAM as in the Switch, which means that their in-game performance should be relatively similar. The Nintendo Switch OLED is a slightly improved version of the Nintendo Switch, particularly in terms of its nomadic aspect. The 7-inch OLED screen will offer greater playing comfort, thanks to its size and the quality of its display. Its new “dock” station has also benefited from some improvements, with a little more storage and the possibility of an Ethernet cable connection. Overall, the Switch Pro OLED offers a lot of benefits, and above all better comfort of use, but it is not really the revolutionary new Nintendo Switch Pro console that the world has been waiting for.

There were many rumors surrounding the release of this new hybrid console at the start of the summer. As you surely know, fans of the Japanese brand expected a console capable of approaching the performance of the “next-gen” (PS5 and Xbox Series). However, the Switch OLED is far from meeting these criteria, placing itself at the level of the Nintendo Switch and offering a maximum Full HD 1080p resolution in the docked version. On the other hand, it was Valve who surprised everyone by announcing the release of its new Steam Deck. These two consoles have a lot in common, they are both hybrids, intended for those who want to enjoy their games in their living room, as on the go. However, several major differences remain that are important to note. The Steam Deck is a kind of small computer, capable of running all PC games. It benefits de facto from a larger library of games. However, the OLED Switch remains a family console, being able to accommodate up to eight players simultaneously. Where the Steam Deck provides more impressive performance on PC blockbusters, the Nintendo Switch OLED makes up for it by offering an experience more focused on sharing and “couch gaming”, for a lower price (349.99 euros vs 419 euros).