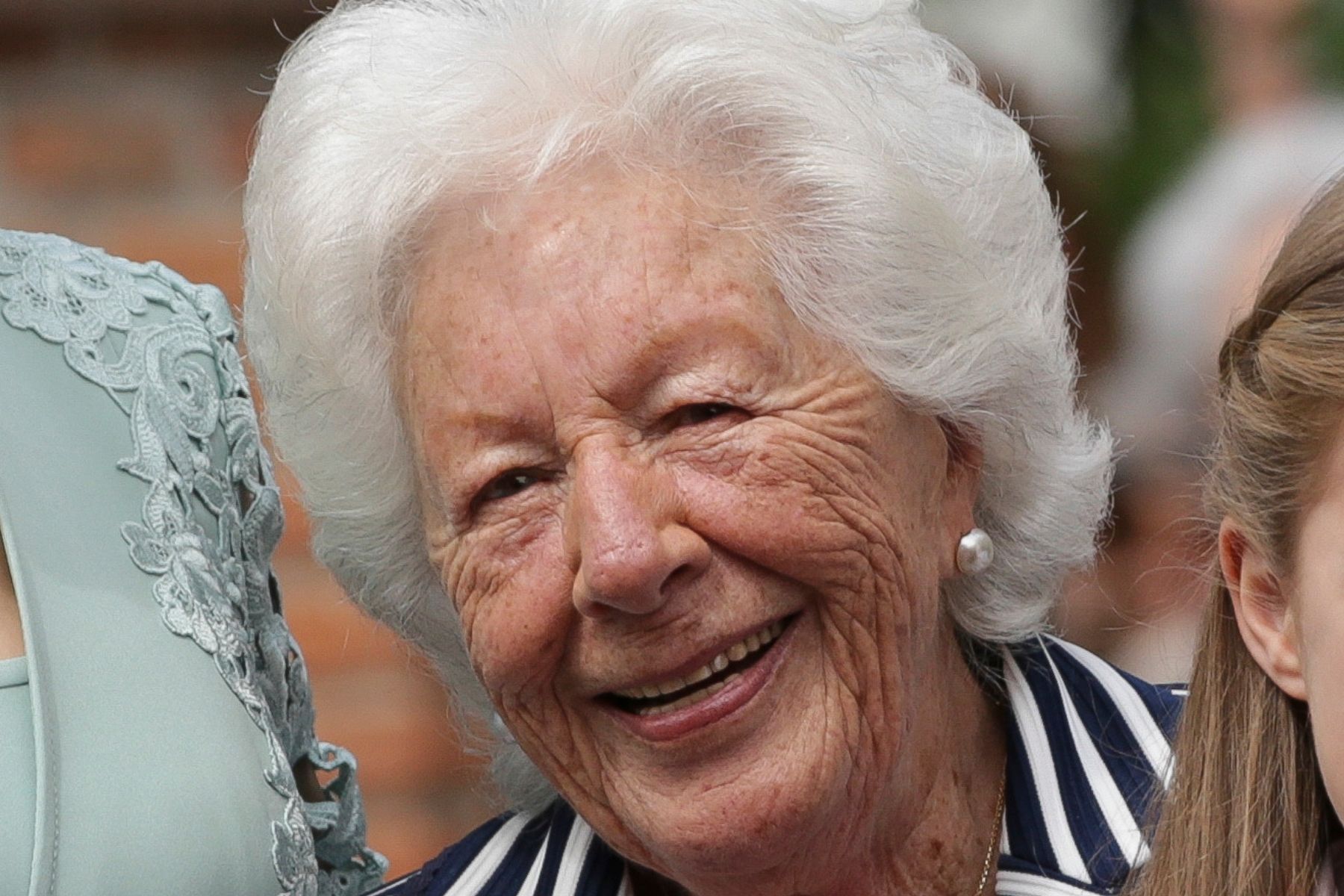 Letizia’s grandmother, who died this Tuesday at the age of 93, was not spared from being involved in some controversy.

The death of Menchu ​​Álvarez del Valle has been a hard blow for the Queen Letizia, who has lost his paternal grandmother this Tuesday. His death leaves the monarch desolate, who was very close to her. She was a different grandmother, different from the others. His figure marked her deeply. Charismatic and independent, Menchu ​​stood out in her professional facet as radio host: is one of the most popular voices on radio in Oviedo. His figure marked his granddaughter so much that, after finishing high school, she decided to follow in his footsteps in the world of communication and graduate in Journalism.

What the monarch never imagined is that her grandmother would be involved in some controversy. And it is that in addition to the controversies starring Henar Ortiz, who has declared herself openly anti-monarchical despite the fact that her niece heads this institution, the matriarch of the Ortiz clan has been involved in controversies. One of them occurred in 2012, when he had to go to testify the courts, since it was accused of insolvency punishable with their children Jesus Ortiz -Letizia’s father- and Henar Ortiz.

The day the Queen’s grandmother was charged

Its imputation in the Courts of Cangas de Onís for an alleged offense of punishable insolvency had to do with a matter of uplift of goods in which the Queen’s father and her aunt were also accused. In the trial, all of them alleged that they had requested a reverse mortgage on Menchu’s house to pay a family debt with the entity Banif by value 135.000 euros. They explained that they never intended to prevent the creditor -and complainant- Sandra Ruiz from seizing their assets.

Luckily, the mess ended in the best way. The Criminal Court number 2 of Oviedo agreed with Letizia’s family. “The payment in part of the debts, giving preference to some over others, prevents appreciating the general fraud spirit, which is what gives life to the criminal type studied,” said the sentence. This was a relief to the queen, who found it unpleasant to see her grandmother, father, and aunt go to court.

In relation to that trial, Menchu ​​Álvarez del Valle was always calm. He never made any statements on this matter, but the truth is that he had nothing to hide. Although discreet when it comes to the Royal Family, the Asturian did not mince words. For this reason, when asked how he experienced the irruption of his granddaughter in the monarchy, he had no qualms about admitting that it was not an easy task.

«I love freedom and privacy and that was an avalanche of people, of curiosity, of photographers. It also happened in the last year of my husband’s life, ”she confessed in 2018 during some talks at the Ribadesella House of Culture. This seemed like a pilgrimage. It was not easy. It was even said that a helicopter would pass over my house once a month to throw me the money my granddaughter sent. We had to put up a fence because they went to the kitchen window ». He also claimed then that he valued above all his independence and the privacy of his home. And that from time to time the Kings and their daughters would visit her in the strictest privacy.

One of the last public events of Menchu ​​took place in 2019, when he was awarded the Honor Award granted by the Cluster Association of the Creative, Cultural and Audiovisual Industry of the region (ACICCA). That same year we saw her attend the Princess of Asturias Awards to accompany her daughter and tuck her granddaughter Princess Eleanor in reading your first speech.

Retired since 1990, her professional beginnings date back to 1947, the year in which she entered Radio Oviedo. He also worked on The Voice of the Principality, Spanish Radio Channel and later in National Radio of Spain. For 42 years he worked as announcer of his own radio spots, such as the programs «Coser y cantar» or «Rumbo a la gloria». During his career he received several awards. The last of them was the National Radio Award that was awarded in 2013 together with his sister Mari Sol, PhD from the Complutense University of Madrid and also a radio journalist.