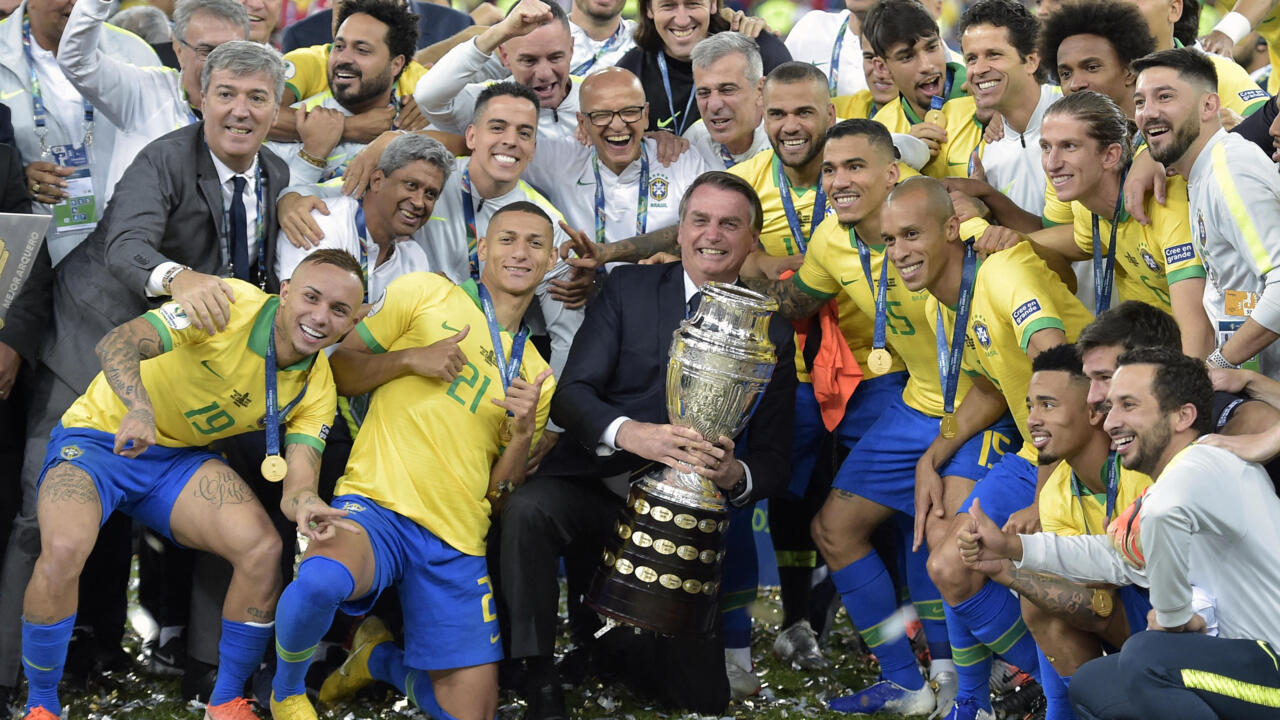 Three days before the start of the Copa América, the Brazilian Supreme Court must rule Thursday on two appeals against the organization of the competition in the country. The Seleçao players have declared themselves “against” the tournament, although they have not planned to boycott it. Correspondence of Tim Vickery in Rio de Janeiro.

Three days before the start of the Copa América in Brazil, the suspense remains. The Supreme Court must decide, Thursday, June 10, on the holding of this tournament which was to be played initially a year ago, in Argentina and Colombia, before being postponed because of the Covid-19 pandemic.

The Copa América, the tournament of the national football teams of South America, is not at its first uncertainties in one hundred and five years of history. The 1918 edition in Rio de Janeiro was postponed for a year due to the Spanish flu epidemic. In the 1970s, when the continent was dominated by dictators, the competition was almost forgotten. This time around, the health and political crisis in Brazil almost led to a revolt among the players.

The Cup too much?

This 47e Copa América has always been controversial. From the beginning, it is an additional edition, added to the calendar to take advantage of the transition from odd years to even years. Before the coronavirus pandemic hit, it was originally slated for last year. For some players, that seems too much. There were Copas in 2015 and 2019, and a version celebrating the centenary of the tournament in 2016. Was one more edition really necessary?

As this was an additional tournament, any country could apply to host it. Argentina and Colombia both demanded it, and the South American Football Confederation (Conmebol) did not want to make anyone jealous. For the first time, the Copa had to be organized by two states, regardless of the logistical problems linked to the geographical distance between the two countries, located at two ends of the continent. Then the wave of massive protests against tax reform forces Colombia to withdraw. Two weeks before kick-off, Argentina in turn throws in the towel. As the country enters winter, the pandemic is at its height there. Public opinion no longer wants the Copa, and Argentina have no choice but to withdraw.

Brazil emerges as the unlikely last-minute savior. But the pandemic is reaching alarming levels in the country. It has already claimed more than 477,000 lives and will inevitably cross the grim half-million mark during the competition.

While discontent has been mounting for some time within South American teams, Brazilian players have not appreciated that their country becomes the new host of the competition – they have never been consulted. Rodrigo Caboclo, the president of the Brazilian Football Confederation (CBF), was with them the day before the announcement of the Copa’s hosting in Brazil … and yet said nothing to them.

The Seleção revolt nipped in the bud

Brazilian players have several grievances. They are unhappy with Caboclo, unhappy that the Copa is taking place in the midst of a pandemic and that it is being sustained as the continent is behind in the marathon World Cup qualifying schedule.

Almost all players based in Europe have to forgo their vacations to make the national team. They would rather do it for something really worth it, like qualifying for the World Cup, rather than this controversial, hastily cobbled together Copa.

On Friday, June 4, those close to the Brazilian camp hinted that the players would boycott the tournament, and would do everything to encourage players from other national teams to emulate them. Monday, new story: the boycott is finally ruled out, the team would be ready to play the Copa while opposing its organization. On Tuesday night, after beating Paraguay in a World Cup qualifier, the players finally show this position.

This development is not a surprise. The players were partly appeased by the fact that Rodrigo Caboclo had to give up, at least temporarily, the head of the federation. Formally accused of having sexually and morally harassed an employee, he was laid off for thirty days.

In addition, the players knew they were sailing in dangerous waters. “At no time did we want to make this discussion political,” they said in their statement. But it is mission impossible. This Copa is intensely political. It is strongly linked to the figure of Jair Bolsonaro: the Conmebol wished to personally thank the Brazilian president for having opened the doors of his country to competition. Ensuring the smooth running of the tournament, whatever the circumstances, is also in perfect agreement with Jair Bolsonaro’s position since the start of the pandemic: the economy must function normally.

By threatening to boycott the Copa, the Brazilian players were therefore not only facing their federation and the authorities of continental football. They risked coming into conflict with the President of Brazil. However, many “Auriverdes” players are – or at least have been – supporters of Jair Bolsonaro.

A climate far from peaceful

The players’ statement therefore appeared half-hearted, stating their opposition to the Copa but not going into detail on their motivations – simply mentioning humanitarian and professional concerns. The text disappointed everyone: many expected a more assertive position, while supporters of President Bolsonaro disapprove of any opposition to the organization of the competition.

Will all of these questions be forgotten at kick-off? Not sure. In particular because of the very particular organization of this Copa América 2021. During the first phase, the ten participating teams are divided into two groups of five. And the first two weeks are only used to eliminate one team per group. We will therefore have to wait until early July to see the heart of the competition. But by then, Brazilian players could find themselves caught between two political fires. Vaccination is advancing very slowly in Brazil, and some specialists are warning of the imminence of a third wave of contaminations.

Adapted from the English article by Tim Vickery published here.