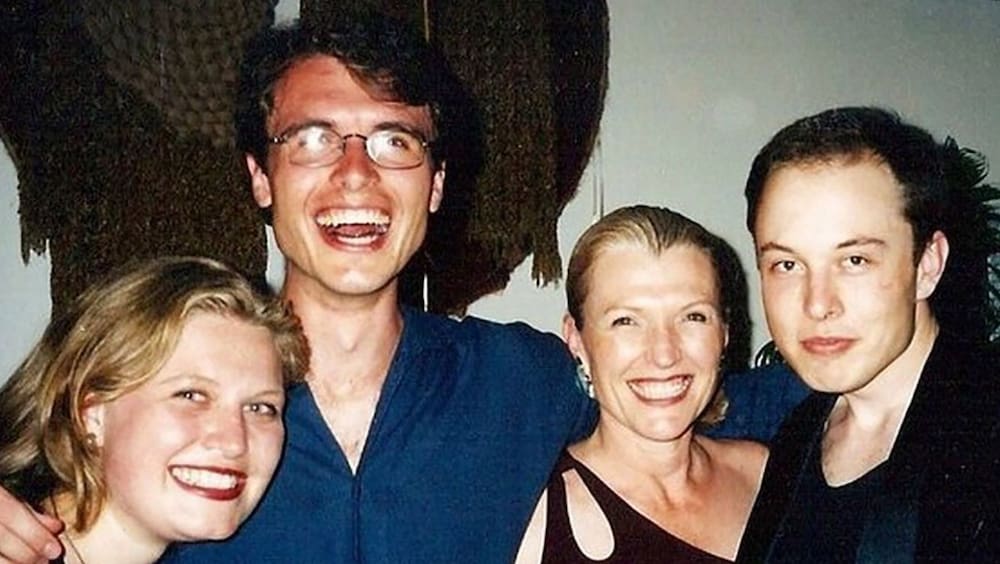 “Elon is built very strong, but he just eats badly. I told him to take a diet pill,” Elon Musk’s father, Errol Musk, 79, told an Australian radio show. In the same, yes very strange interview, Errol Musk also said he wasn’t proud of Elon. “We are a family that has been doing a lot for a long time. The whole family did a lot,” says Errol.

Welcome to the crazy world of Musks. The family is indeed exceptional. Errol and Maye Musk (74) have three children together, Elon, Kimbal and Tosca Musk. Father Errol married after the divorce from Maye Heide Bezuidenhout. She brought a four-year-old daughter into the marriage. However, after 18 years and two children, the two also separated. However, it was recently announced that Errol has two children with his stepdaughter (35). So Errol now has seven children. According to «Rolling Stones» Errol even shot three burglars many years ago. The relationship between the firstborn Elon and father Errol is difficult – that’s probably why the strange statement in the interview.

Elon is all the closer to mother Maye Musk. She is a successful model, entrepreneur, bestselling author and has made it to a millionaire herself. In her biography «One woman, one plan. A life full of risk, beauty and success », she describes that she was beaten and humiliated by Errol for years before she separated from him. After that, she lived in poverty with her three children before catching up as a model and nutritionist, as she wrote in an essay for «CNBC» writes. Today she is a well-known «Mature Model».

Musk’s siblings from the same parents Kimbal, 49, and Tosca, 48, are both also successful. Tosca is a filmmaker, producer, director and entrepreneur. She is CEO of Passionflix, a streaming service for romantic movies and series. Brother Kimbal has founded several restaurants and an NGO that teaches underprivileged children to garden. Kimbal, who weighs several hundred million, sits on Tesla’s board of directors with Musk, prompting allegations of nepotism. He made early investments in Elon’s companies X.com and Tesla, which he almost went broke with at the time, eh «Focus» writes.

Elon Musk (51) is himself the eldest of the three siblings. He grew up in South Africa and later studied in Canada and the USA. In 2000 he married Justine Wilson, together they have five children, the first child died shortly after birth. Two years after the divorce, he married British actress Talulah Riley (36). The two divorced a total of three times before it was finally over. Musk has since been with actress Amber Heard (36) and singer Grimes (34), with whom he has two more children.

Recently via «Businessinsider» announced that Musk also has twins with Shivon Zilis (36), a senior manager at his company Neuralink. Musk founded his first company, Zip2, in 1995, which was purchased by Compaq. This was followed by X.com, which later merged and became PayPal. This was followed by the aerospace company SpaceX, electric vehicle manufacturer Tesla, Solarcity, which builds solar power systems, non-profit organization OpenAI, Neuralink for the development of communication between brains, tunnel construction company the boring Company and media company Thud. (lui)

The fire in the Chonburi Mountain B pub was extinguished. 15 The cook told the story of goosebumps before the tragic incident.

He completed the most difficult video game in the world: it took him more than 6 hours and he won a prize of 20,000 dollars