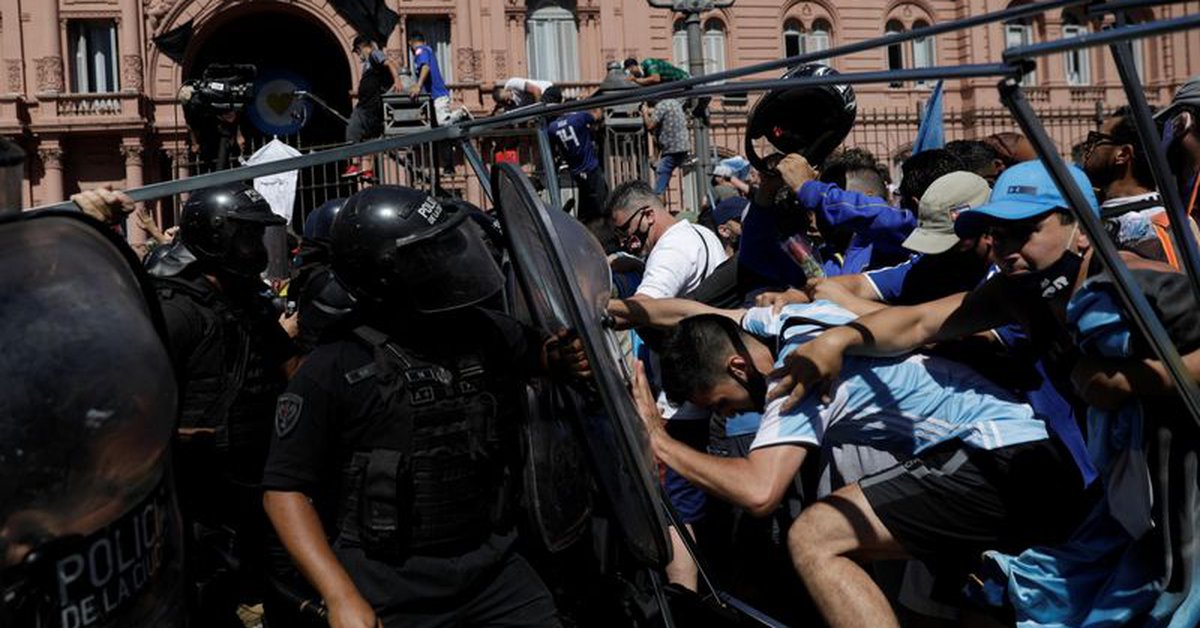 Bullfights and incidents at Maradona’s wake

While the photos and videos of the incidents that occurred during Diego Armando Mardona’s wake at the Casa Rosada continue to go around the world, the crosses between the Nation and the City continue due to the actions of the security forces that participated in the operation .

“In Casa Rosada there was no aggression to regret”, said the Minister of Security, Sabina Frederic, marking a difference with what happened in the vicinity of the government building where the City Police worked.

The official acknowledged that the entire “device” and “coordination” was held by the Presidency of the Nation, but that control over police matters was “divided” between the jurisdictions of the forces, for which she pointed out against the City Government for the acts of violence in the streets of downtown Buenos Aires.

“Those who entered the Rosada did not produce injuries. There were no blows, no shots, nor was there any act of aggression to regret. A bust fell that we have already restored. You have to tell the whole movie. The stage is much larger. It wasn’t what was happening on Av. De Mayo and Av. 9 de Julio “, remarked when interviewed in Radio Miter.

The Minister of Security, Sabina Frederic, assured that the security operation armed by the Federal “went well because there were no injuries” (Maximiliano Luna)

And he clarified that “when the national government failed to get the family to extend the visiting time, the city police made an unconsulted decision, which was to close the way for all the people who came walking through Yrigoyen and – according to his vision – it was there when the first excesses were caused.

According to his interpretation, this tension in the area of ​​the Constitución neighborhood generated tension among the people who were on the fence in the Casa Rosada. “The displacement of people fleeing the repression put more pressure on the Plaza de Mayo, that’s where we decided to close the gates and the corridor becomes disorganized,” he clarified.

At that moment is when a group of fans manages to break the fences, break the security operation and break into the Patio de las Palmeras, inside the Casa Rosada. The official said that at that time the Federal Police personnel entered, “gradually withdrawing” Maradona’s followers “without exercising violence.”

Such were the incidents inside the Casa Rosada, in the Patio de Las Palmeras

Frederic explained that in front of this scenario, from his Ministry it was decided to mount another operation, which was the departure of the coffin with a capsule only integrated with the Federal Police. “The operation went well because we already knew that we did not have the City police. There were no injuries or any run over ”, he insisted.

For the Buenos Aires deputy head of government, who is also in charge of the security of the City, Frederic is partially recounting the events that occurred. “It seems to me a lack of ethics and values ​​to partially tell a conversation, which is what Minister Sabina Frederic is doing. I am a very respectful person and I respect the conversations that I have with ministers. When you look you have to look at the whole situation. Do not blame the other ”,

See Also:  Meghan Markle and Prince Harry "are considering options for the future" - including moving to Canada, says Freund

And I add: “We did not organize the wake and we did support a public event. We provide the government as we always do and it is our duty to take care of the people ”. 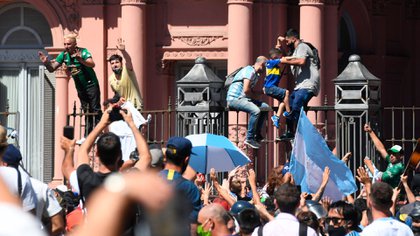 Santilli regretted that Frederic is politicizing what happened and said that he is surprised to hear her making these statements. “Definitely the situation is politicized but it hurts that all of us who love football dismiss our idol in this way and try to politicize the situation instead of explaining. It surprised me because it is like denying all the conversations, “said the Buenos Aires deputy chief.

And he insisted on clarifying that when the national government asked for their support in organizing the security operation, the City made themselves available despite the fact that it was “armed without anticipation.”

In the middle of this political contest, it remains an unknown number of detainees, including a man who threw a blunt object at a policeman and was caught by TV cameras, and an also unknown number of wounded in the vicinity of La Rosada.