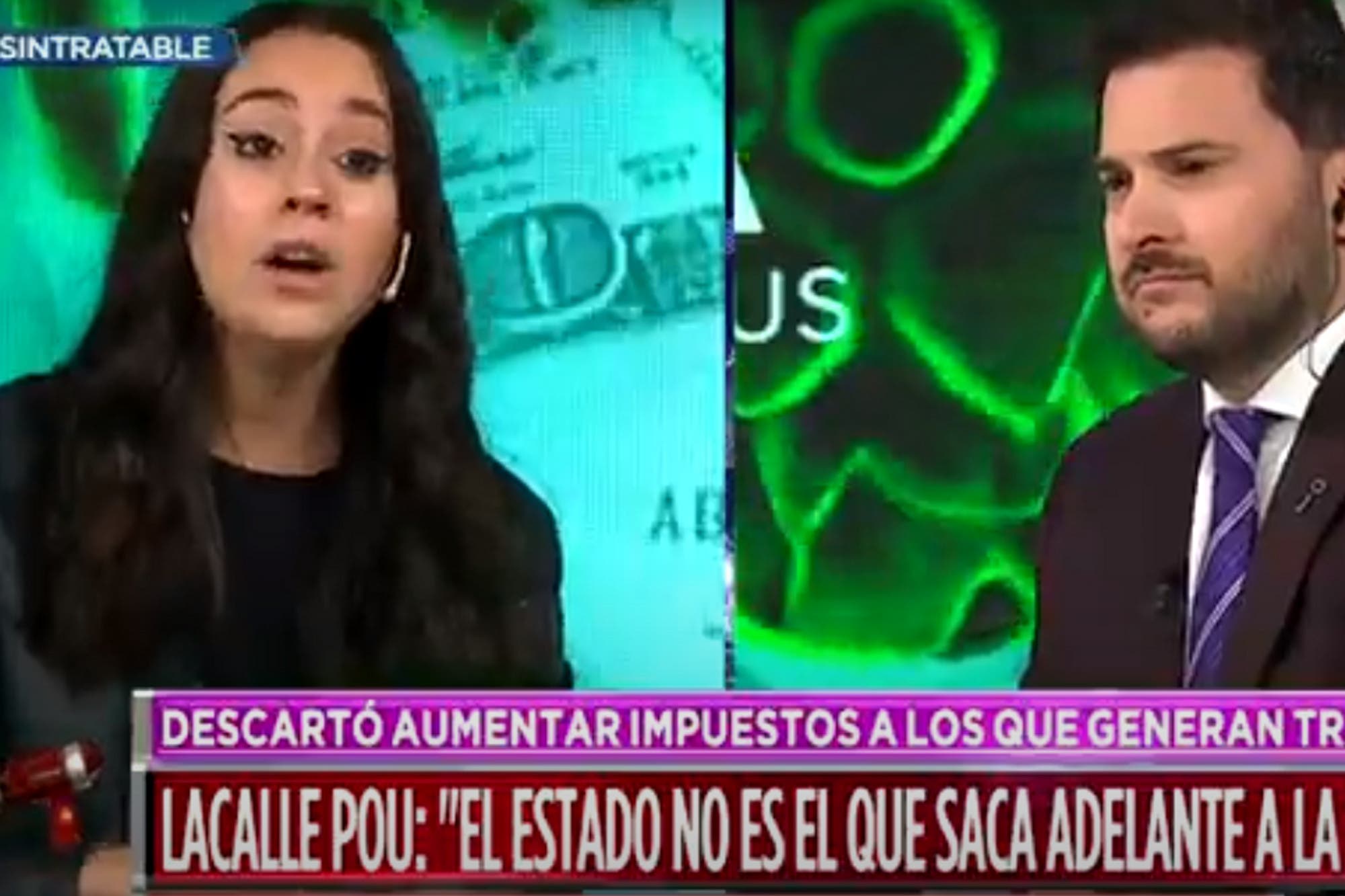 Naiara Awada starred in an intense crossover with journalist Diego Brancatelli when debating on the tax system of Argentina. In a dialogue with Intratables, the actress highlighted the difficult moment that the entertainment sector is experiencing in the midst of the coronavirus pandemic and highlighted the critical situation suffered by many small businessmen. The journalist said he was misinforming, claiming that the tribute to riches-of which they were talking- only a small sector of society should pay, but she declared: “You have a problem with my last name.”

Minutes ago, the study had turned on when they pointed out that the Government calls this tribute “solidarity”. In this context, journalist He said: “Solidarity does not mean volunteer. Do not jump for someone who is not going to give you anything. They are fortunes of 200 million pesos, so there are only 12 thousand people in Argentina. It is ‘supportive’ due to the context that Argentina is experiencing and the crisis that we are going through due to the pandemic. The idea is that those who have the most contribute a minimum that does not change their fortune at all. AND it’s ‘extraordinary’ because it’s for the only time. “

That’s when they showed a video of the Uruguayan president, Luis Lacalle Pou, in which he explains that they pressured him to increase taxes on certain sectors, but that he refused because he wants to protect the private sector. “It is not the State that takes the population forward, but it is the individual that is going to turn the engines stronger to get ahead,” he explained.

Invited to the America program, Nai Awada He opined: “I really like that president, although there are some things with which I do not agree.” “Fernandez or Lacalle Pou? “, Fabian Doman asked. Forcefully, she replied: “No, Fernández no. Lacalle Pou.” Brancatelli jumped there: “Lacalle, the one who left us on the street.”

Ignoring that comment, Awada continued: “How do we think of continuing to take money out of the pocket of people who are so beaten today? I, for example, I am an actress and I have not received a salary for 5 months. It is very easy for some journalists to say: ‘Stay at home and pay this tax’, when you are not charging anything. I am lucky that I have a supportive family, but small entrepreneurs and small businesses are devastated. We need people who help, not who want to continue serving “.

Brancatelli interrupted her to ask where she wanted to get the money she needed. “Stop it. I didn’t finish. They had enough bugged us for so many years to continue taxing you. I would not pay anything, sorry to say so. “ Nai Awada clarified that, despite not being paid, he pays taxes. “Are you up to date with everything?” They asked him. “Not at all, sorry, but no. I owe the expense and monotax,” she was sincere.

Brancatelli then fired and emphasized: “The dangerous thing is that, when information is miscommunicated or false information is given, The ‘Nai’ go out into the neighborhoods to repeat something that doesn’t exist and then everything in the suburbs becomes ‘awadiza’. ” “‘Las Nai’ I love it, I love it,” she joked. And she continued: “It seems to me that your problem is with my last name, Diego. You have a problem with my last name. So don’t underestimate me, because I can give my opinion. I already worked here and you remember that you had a personal problem with me because, like all Kirchnerists, you don’t think I have the surname I have and an opinion different from yours. “

The journalist denied that he had a personal problem with her, but it was not enough. And Awada pointed out: “I don’t smoke you, but I watch the program every day and I think you’re very disrespectful. ‘Awadicen’, What do you mean by that? “Brancatelli said she should” sit back and forth, “” have a better sense of humor, “and” not take everything literally “because she’s an actress.” You don’t make me laugh much. With the rest I laugh, but you don’t seem nice to me, “she retorted. “If you have a sense of humor, laugh and, if not, shut up”, he released. And I add: “Can we explain to this girl?”

See Also:  In Russia, "if he beats you, it's because he loves you"