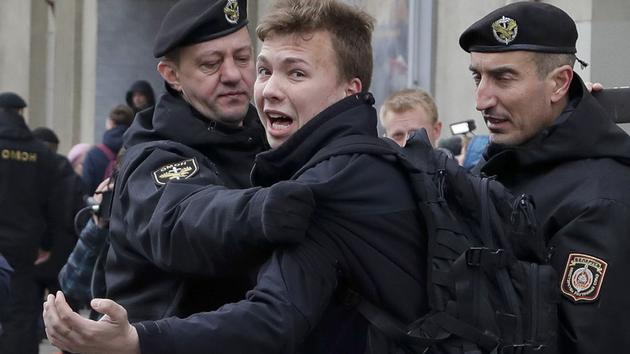 INVESTIGATION – The cyberdissident, arrested aboard a hijacked airliner, was spied on by a Minsk police officer.

“We were not ready to wage such a war.” The young man who pronounces these words, four months after the kidnapping of the cyberdissident Roman Protassevich aboard a plane intercepted in flight by the Belarusian authorities, is still in shock. Worried about his comrade, of course, who is under house arrest, and whose photos taken after his interrogations seem to indicate that he was beaten. But also destabilized by the disturbing reality on which this arrest has lifted the veil …

After the amazement, and in parallel with the sanctions adopted at the end of June by Brussels, several investigations have been opened into what European leaders describe as “An act of state piracy”. The International Civil Aviation Organization is working to trace the unfolding, Lithuanian justice has identified those responsible. As for the opposition in exile to dictator Alexander Lukashenko, she said