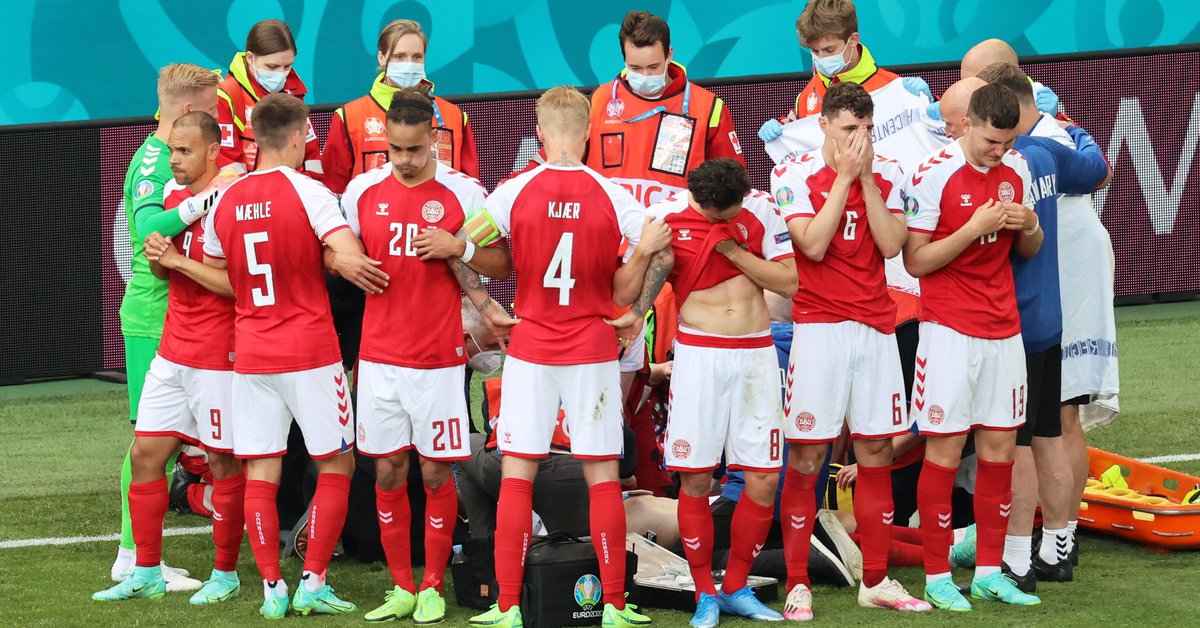 Eriksen is stable and hospitalized (Reuters)

Denmark’s national team doctor Morten Boesen revealed that Christian Eriksen suffered a cardiac arrest and that He “was dead” before being revived. The health professional was in charge of the cardio-pulmonary resuscitation that the midfielder received after fainting during the Eurocup game against Finland on Saturday.

Ran the minute 41 when the great figure of the Danish team was going to receive a kickoff from one of his teammates on the left side. When the ball reached his feet, he passed out on the grass. They were seconds of bewilderment until everyone around them took dimension of what happened and a extreme concern.

“We recovered it with the first shock of the defibrillator”Boesen said Sunday at a news conference. “It was brief and crucial”, he detailed. According to the official statement of the Denmark National Team, Eriksen He is in stable condition in a Copenhagen hospital.

However, doctors still They have no explanation for the fainting that the Inter Italy footballer suffered: “At the moment we have no explanation,” said Morten Boesen and added: “It is one of the reasons why he is still hospitalized, to understand what happened.”

At the same time, the coach of the Danish national team, Kasper Hjulmand, reported that he was able to speak with Eriksen through a video call. “It was a relief to see him smile,” she said.

Hjulmand noted that Eriksen was more concerned about the well-being of his teammates and asked how they felt: “’How are they? It seems worse than me. I feel like I could go to training! ‘ Typical of Christian ”he added.

According to Hjulmand, the midfielder “He wants us to continue, so this is what we are going to do. We want to play for Christian ”.

This Sunday the doctor of his club, Inter Milan, said in the Gazzetta dello Sport what Eriksen never gave the slightest indication of having a health problem.

“The important thing is that he is well, but he had never had the slightest episode that would have allowed him to see a problemNeither close nor far, not when he was at Tottenham or at Inter. In Italy the controls are very strict ”, declared doctor Piero Volpi.

In the same vein, he also referred to the issue Sanjay Sharma, his former doctor at the Spurs: “Clearly, something went terribly wrong. But they managed to get it back. The question is, what happened? And why did it happen? This man had normal tests until 2019So how do you explain this cardiac arrest?