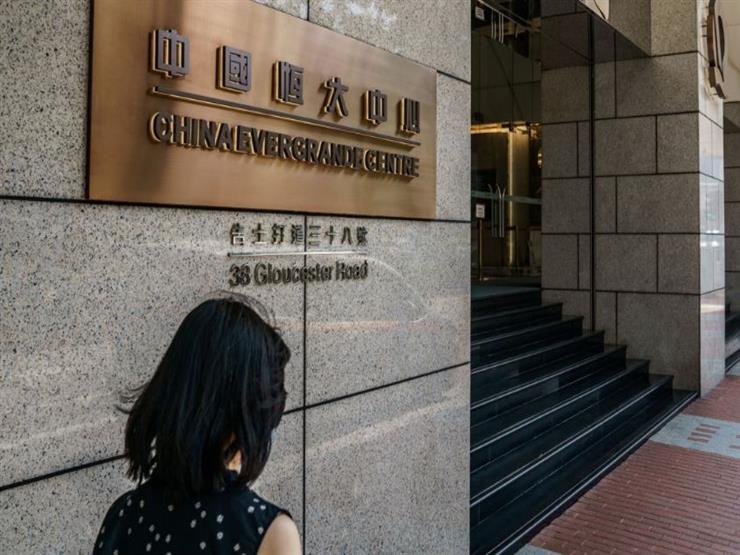 “Evergrand” has become a major title of the Chinese real estate market crisis, amid great fears that the crisis will spread to the banking sector and turn into a global financial crisis similar to the collapse of the American “Lehman Brothers” bank that paved the way for the 2008 global crisis.

The total debt of Evergrande is about 2 trillion Chinese yuan (1.97 trillion yuan), equivalent to about 305 billion US dollars, while the company’s cash and cash equivalents have deteriorated to the lowest level in six years.

The beginning of the crisis

The crisis of severe liquidity shortage of the debt-laden company surfaced this month, but the roots of the crisis go back to 4 years ago, when the Chinese government directly intervened in the real estate sector.

Evergrande, the country’s second-largest real estate company, which operates in other activities such as renewable energy and cars, relies heavily on loans, and these debts began to slowly choke it starting in 2018, the year when its sales declined, to begin a journey of defaulting on its obligations to the banks.

According to a research note, issued by Prime Investment Bank, the giant company, owes about $300 billion to more than 170 banks and financial institutions, has the largest debt burden of any listed real estate management or development company.

According to the company’s data traded on the Hong Kong Stock Exchange, the Evergrande stock has lost about 85% of its value since the beginning of this year, while the exacerbation of the financial crisis this week led to a sharp decline in the shares of all real estate companies in the Chinese market.

The damage to the real estate market is not limited to the shares of companies, which fell in the market value of the largest 4 companies by about $6.7 billion in one day yesterday, as the “Hang Seng” real estate index fell to its lowest level since 2016, down yesterday by 5.9%, which is The biggest daily drop since May 2020, according to Bloomberg.

Connecting to the crisis, Hong Kong’s Hang Seng Index closed at its lowest level in almost a year.

The company faces a major challenge, as it is required to provide commitments of 83.5 million dollars for a dollar bond and 232 million yuan for a local bond, by next Thursday, but it seeks to extend the payment due date and obtain an additional period, coinciding with campaigns to collect investments.

The company said that it is considering selling its share in listed subsidiaries working in the field of electric cars and real estate services, among other assets, and is trying to attract new investors and renew borrowing operations.

In addition, the company offered a large discount on the prices of its real estate assets, as investors can buy housing units at a discount of 28% of their basic prices, instead of receiving their dues in cash, while the discount on office units reaches about 46% of the unit price, and 52 % for shops.

China and the world economy

Amid the foggy picture that the Chinese government might intervene to save the situation, it seems that fears of a rupture in the Chinese economy are clear, prompting the People’s Bank of China to inject cash to calm the market.

The People’s Bank (China’s central bank) announced an injection of 90 billion yuan ($14 billion), a package that raised the maximum short-term liquidity the bank pumped into the banking sector to 10 billion yuan.

The growth of the second largest global economy will be affected, in the shape of the global economy as a whole, in light of fears that the US economy, which ranks first, will face a historical financial crisis if Washington does not resort to raising the debt ceiling limit.

Janet Yellen, the US Treasury Secretary, called for raising the debt ceiling, to avoid a “historic financial crisis” in the event of a default, which would result in higher interest rates, a sharp decline in stock prices, and other financial turmoil.

These expectations indicate the possibility that the world will face a financial crisis in the medium term, but the current impact of the Evergrande crisis has been reflected on the global financial markets, in which major companies have lost billions of dollars from their market value.

US stocks suffered their biggest daily losses in four months, with the Standard & Poor’s index down 1.7% at yesterday’s close, the Nasdaq Composite Index of technology stocks falling 2.1%, and the European Stoxx 600 Index falling 1.7%.

Egypt and the crisis

The Egyptian Stock Exchange has been rocked during the past few days due to the controversy surrounding the implementation of the capital gains tax on investors, but it has also been affected by the global turmoil resulting from the possibility of Evergrande defaulting on its debts.

Prime’s research note believes that Egypt is “insulated from any regional or domestic financial consequences that may arise from any default by China’s Evergrande Group due to lack of exposure to its risks.”

The note expected that the negative impact would be limited to the weak trading volumes and the weak participation of foreign investors in the local market, but indicated that global problems could lead to a high level of volatility.