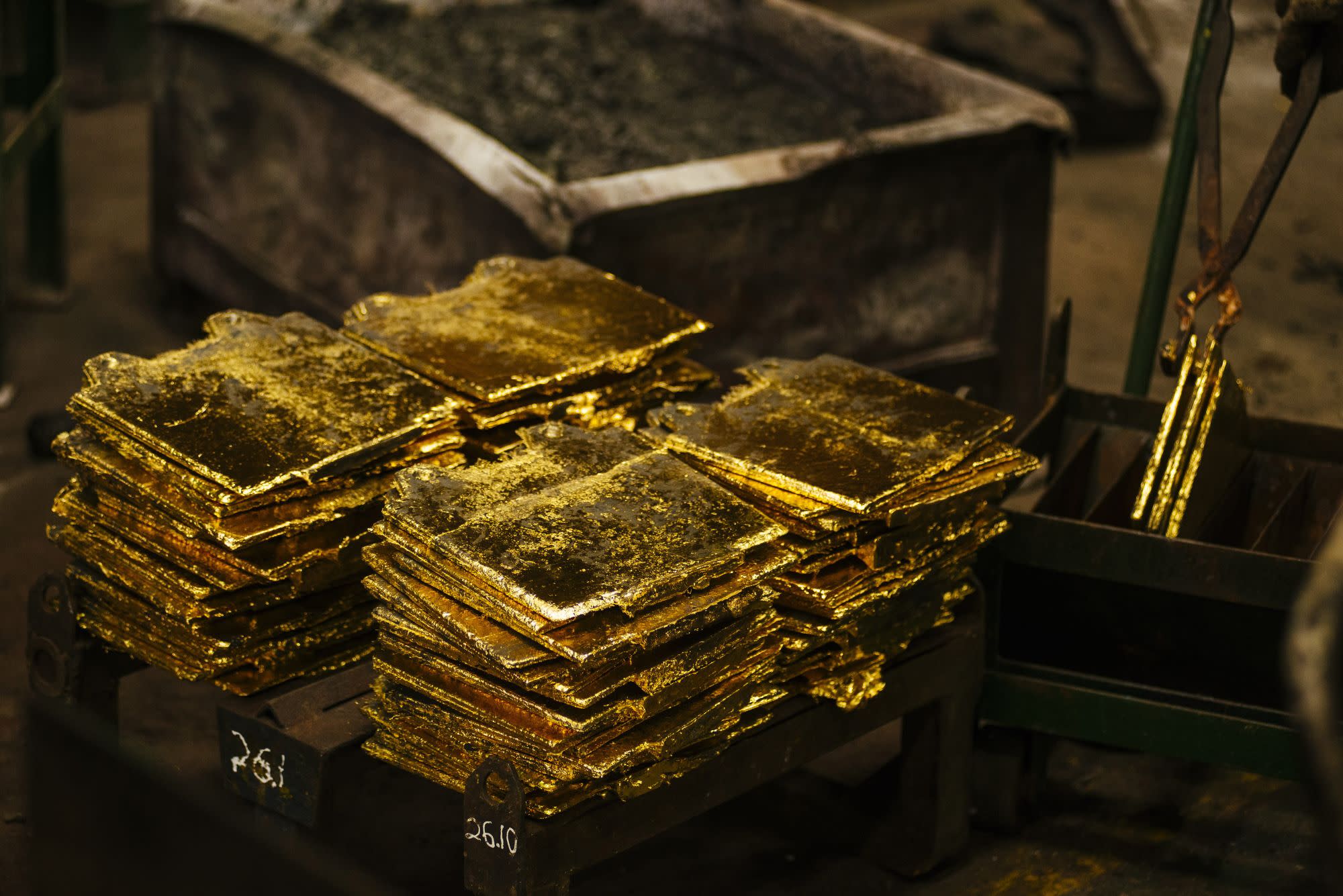 (Bloomberg) – Production in the South African gold industry has dropped to one-fifth of the peak in the 1970s, as shafts that are getting deeper and deeper are taking their toll. The corona virus can pose an even greater threat.

The pandemic threatens the future of a 134-year-old industry that once employed more than half a million workers in the world’s largest gold field. While the Cyril Ramaphosa government has been praised for its swift response to the health crisis, the country’s five-week closure and stringent gold mine reopening conditions may affect its viability.

To ensure the social distance that is needed to protect tens of thousands of workers in the world’s deepest mines, the country’s gold producers are only allowed to work with half of their normal workforce. This can make them unprofitable, even if they are struggling with the added strain of screening workers for virus symptoms and testing those who show them.

“You’re pretty much on a cliff,” said Rene Hochreiter, an analyst at Noah Capital Markets Ltd. “Nobody will make money at 50%.”

Since there are no signs of a cure or vaccine against Covid-19 in the near future, much depends on how long the operating restrictions are applied.

According to Nick Holland, Chief Executive Officer, Gold Fields Ltd. Limit the cost increases in its South Deep mine to 5%, but only if full capacity can be reached by the end of May. In the meantime, other virus infections could temporarily shut down operations, he said.

“How much will we lose in productivity? It’s a difficult question, ”said Holland. “If we’re stuck at 50% after the end of May, we’ll have to look at all the numbers again.”

According to RMB Morgan Stanley, South African gold mines already have some of the highest production costs in the world, averaging $ 1,000 an ounce. This makes the industry “more vulnerable,” said James Wellsted, a spokesman for Sibanye Stillwater Ltd.

“We are only building up a capacity of 50%, which is positive, but cannot be achieved over a longer period of time,” he said.

Some mines may only achieve 30% of their previous production with half of their workforce, said Tebello Chabana, senior public affairs and transformation officer at the Minerals Council South Africa, which represents most of the producers. Others warn that it may be too late.

Village Main Reef, owned by Hong Kong-based Heaven-Sent Gold Group Co., has told the government and unions that it may cut more than 6,000 jobs as losses due to the national ban increase, CEO Jeff said Dong.

“We restructured the mines by cutting a lot of costs,” said Dong. “Unfortunately, when we saw signs of a turnaround, Covid-19 forced us to shut down completely.”

However, according to Noah Capital’s Hochreiter, it is too early to trigger the death penalty for the South African gold industry. Restarting the mines could at least allow producers to cover salaries and electricity, he said. The industry currently employs around 95,000 people.

Producers are also benefiting from the Rand’s 24% decline against the dollar this year, which will lower their costs. At the same time, a 12% increase in the dollar price for gold bars increases sales.

According to Arnold Van Graan, a mining analyst at Nedbank Ltd., this may not be enough to counter the effects of a reduced operating level.

“One thing that is critical to mining, especially underground engineering, is the volume,” said Van Graan. “The industry needs to find a way to reach full capacity as soon as possible.”

(Updates with industry jobs in the penultimate paragraph)