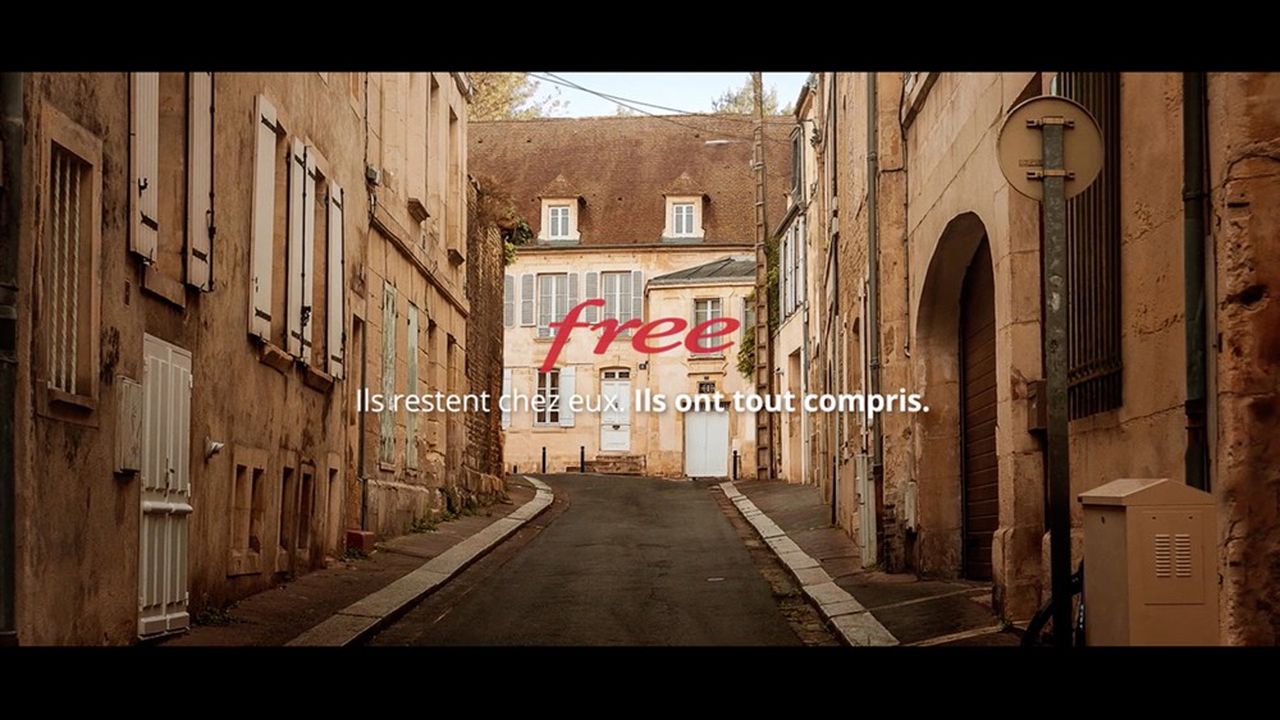 “Technology can never replace the ones you love. # Stay away. “(Orange / Communica),” Thank you to our drivers who facilitate the movement of those who care for you and all those who mobilize so that life goes on […] “(G7). “Today, more than ever, we have a role to play” (Leclerc / BETC). “Ode to empty roads” (Nissan / TBWA / RAAD (Dubai). “Stay home, save lives” (Oregon Government, Oregon Health Authority / Wieden + Kennedy)…

Advertisers around the world are communicating about the epidemic and the need for containment. They begin – finally – to take the plunge. We start from far away. The Union des Marques (UDM) Barometer indicates that in mid-April, another 48% of brands had stopped speaking since the start of the pandemic because they considered that their speech was “not adapted to the context”.

A Freewheel study published in early April revealed that “61% of French people expect a true word about brands during this crisis”. And who says “speaking the truth” says a communication connected to what people live and feel. Each word, each slightly emotional image must be carefully weighed … otherwise the brand may be accused of “healthwashing” on social networks, like Jack Daniel’s, who invites to drink on “True Colors By Cindy Lauper (“With love, Jack” / BBDO USA).

However, no longer communicating presents serious risks. A Kantar study published in late March estimates that “ a six-month absence in television would reduce the brand’s “global memory” by 39%, which could delay recovery in a post-endemic world. “

Left behind for digital uses

In France and abroad, most of the brands – at the head of which the telecom operators – then contextualized their message. “The Spanish agency Communica reacted quickly and we adapted its campaign for France and other countries, before turning more particularly to seniors with the agency La Chose”, testifies Béatrice Mandine, Executive Director Communication and Orange Brand. ” We had the BVA study revealing that 17% of them do not have a mobile, 25% do not have a computer and 52% do not have a smartphone. In a situation of confinement, they are obviously the ones left behind for digital uses that have become essential and it is this risk of isolation that we wanted to remedy. “

Hence the establishment on April 11 of an on-rest-ensemble.fr mini-site allowing everyone, Orange customer or not, to send a message to their parents, grandparents or friends. These messages are repeated in Orange advertising films surrounding their favorite programs on TF1 and France Television.

On the side of Free and its agency Herezie, it is the dedramatization which was privileged with the campaign “Les Voisins”. ” We wanted avoid the pathos of many Anglo-Saxon campaigns, inevitably starting with a few piano notes, deserted streets and stadiums and clichés – “Family”, “Stay home”, “Together”, “We are here for you”… – which keep coming back ”, explains Andrea Stillacci, president of Herezie. “By staging neighbors who talk, joke or seek to seduce themselves from their window, via their smartphone and Free, we wanted to offer spots online with the DNA of the brand, optimistic, humorous and” game – switch. “ By retaining an “emotional decency”, the expression that has imposed itself in the sector, over the years crossing zigzagging on the yellow line.