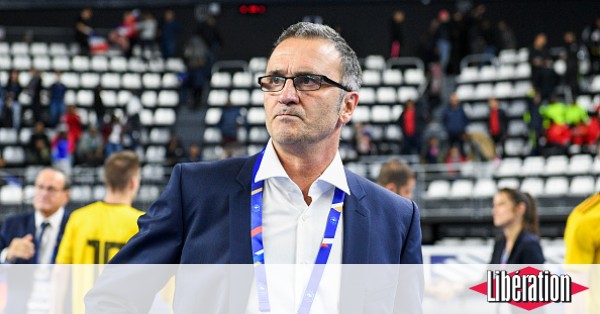 After a first participation in the Euro in 2018, the French futsal team is now aiming for a participation in the world. The men trained by Pierre Jacky are competing from this Saturday in Serbia for the Elite round, third phase of the World Cup qualifiers (1). In office since 2004, Pierre Jacky praises the policy currently carried out by the French Football Federation. Well aware that there is still a long way to go, the coach is convinced that French futsal will enter a new era. Provided that he becomes professional.

Between the qualification for the Euro, the participation in the Elite round and the arrival of Ricardinho, the Messi of futsal, in Asnières, can we say that France is about to become a stronghold of futsal?

Very slowly, yes. We start from far away, but we are becoming a country recognized worldwide. The development of futsal is a major focus of Noël Le Graët’s mandate [président de la Fédération française de foot, ndlr]. We are going to capitalize on the current results by preparing for the future. We have already set up a hope pole and a France pole, last year in Lyon. The latter concerns eight adolescents per year in high school. They will soon be competitive in the under-19 category and will form the basis of the France team of tomorrow. The Federation has also established a club license [il s’agit d’une dotation de 20 000 euros allouée chaque année aux clubs de D1 qui respectent un certain nombre de critères tels que la création de sections jeunes], in order to involve the French teams. It is a model similar to that of women’s football, whose French team is now one of the best nations in the world. If all goes well, we expect the same results in ten years.

What is missing from the France team to settle permanently in the world?

The development of futsal requires professionalization. We will be the only amateur country to participate in the Elite tour. The lack of training means that the key futsal positions – goalkeeper, leader, pivot – are not sufficiently staffed. We also need structured clubs and high level competitions in the country. The recent rise of the Asnières club, combined with the arrival of Ricardinho, is excellent news. The interest generated by the teams in our championship shows that we are going in the right direction. Both in the French team and in clubs. Under these conditions, the level of French players can only increase.

What particulars of futsal should young people be trained in?

Futsal is a very tactical game based on a multitude of combinations. Unlike 11-a-side football, the pitch is very small and everything happens in front of the goal. Players cannot cheat and must remain focused at all times. It is also a transitional sport that requires great technicality due to the smooth surface of the parquet and the use of an anti-rebound ball. All these qualities are acquired over time and must be instilled as soon as possible. We absolutely must be inspired by what Spain and Brazil are doing. There, young people play futsal before entering 11-a-side football. In France, the opposite is the case. Take the example of Neymar, before he was 14, he was only playing futsal in Santos. Our objective is therefore to create similar industries in France. This is all the more important since the current pool is quite limited. Half of the players in our championship come from abroad.

The 11-a-side football culture is deeply rooted in France. How to get young people to turn to futsal?

They already do. Futsal is the number one sport for boys at the National School Sport Union. Sport-study sections are created all over France. Professional football clubs at 11 are following suit. This is the case for Olympique Lyonnais. In addition to a female team [à 11] ultra-competitive, Jean-Michel Aulas launched a futsal section. For now, they are only in the district, but I am sure that they will reach the top European and global level very quickly. More generally, all the figures are up. It’s a very spectacular sport that attracts crowds. Last year we posted the summary of the friendly against Portugal on YouTube. The video has been viewed more than 350,000 times. It’s enormous. The three matches of the Elite round will also be broadcast on FFF TV.

Together with Spain, Ukraine and Serbia, you have inherited a very distinguished group. How do you approach competition?

Certainly, on paper, our chances of qualification are minimal. But we have already done blows [match nul contre l’Espagne lors de l’Euro 2018, match nul en Italie et en Argentine l’année dernière en amical, ndlr]. These are convincing results which show a certain consistency. Our group is very motivated and we approach competition without complex. On a match, we can worry about the best nations even if we are far from wearing the cap of favorites. Especially since we are going to face teams used to the final stages. A qualification would be a real boost, a showcase for futsal.

(1) Les Tricolores will face Spain on Saturday 1st February (8:30 p.m.), Serbia on Sunday 2 (4:30 p.m.) and Ukraine on Tuesday 4 (4:30 p.m.), meetings to follow on the French Football Federation’s YouTube channel. The group winner will get their ticket to the final phase of the 2020 World Cup (from September 12 to October 4 in Lithuania. The second-placed team will go through the play-offs (April 9 and 12, 2020) to try to win one of the last two sesames, she will face the second in group A of the Elite round (Portugal, Italy, Belarus, Finland).

Futsal is played five against five, four field players and a goalkeeper, in a gymnasium, on a handball field and with an anti-rebound ball. Nine substitutes may be entered on the match sheet and the coach is free to make unlimited changes. The match lasts two halves of twenty minutes (actual playing time: the clock stops as soon as the ball leaves the field or during time-outs). If a player commits a foul, the referee may blow a direct or indirect free kick or a penalty. There are yellow and red cards. In the event of expulsion, the player may be replaced after two minutes of penalty. If a team concedes a shorthanded goal, the substitute may enter the field immediately. All faults committed by a team over a half-time are added up. From the sixth cumulative fault, the referee must whistle a direct free kick without wall (ten meters from the opponent’s goal or closer, depending on where the fault was committed).

Return to reading the article