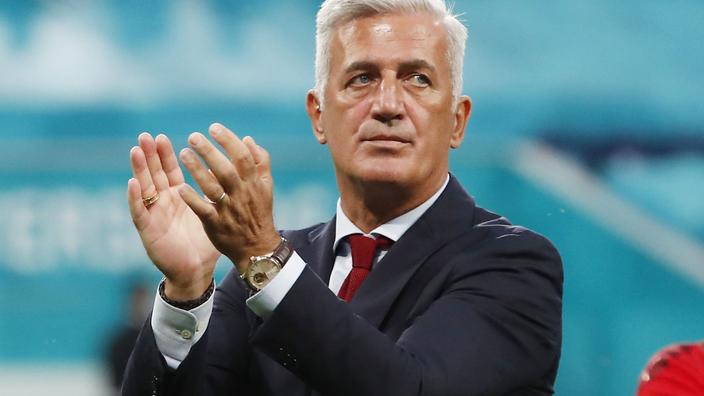 The Switzerland coach has signed up for the next three seasons with the Ligue 1 club.

The puzzle set up by Gérard Lopez at the head of the Girondins de Bordeaux has a new piece. This one is called Vladimir Petkovic. As L’Equipe revealed in the early evening, the coach of the Swiss selection has given his agreement to the French club with which he should sign for the next three seasons. Petkovic, who allowed the Swiss to rule out France at the last Euro at the knockout stage, reached an agreement with the Swiss Federation to be released from his contract which ran until December 2022, after the World Cup in Qatar, so.

“We are so proud to be able to recruit Vladimir (Petkovic). He has the perfect profile to be part of a long-term project with the club. Personally, I must also thank him for his determination and his desire to join us. It made the difference. Recruiting such a coach with such an aura and such a CV is also proof of our ambition for this season. I also thank the Swiss federation for allowing us to establish healthy and productive exchanges in order to facilitate the departure of Vladimir Petkovic, ”commented Gérard Lopez on the club’s official website.

From Saturday on the bench of the Girondins

Always according to The team, Petkovic should sit on the Bordeaux bench on Saturday for the pre-season friendly match against Troyes. He will therefore succeed Jean-Louis Gasset after having served as Swiss coach since 2014. He could also land in Gironde with part of his staff, his assistant coach Antonio Manicone and sports coordinator Vincent Cavin.

Aged 57, Petkovic has a very complete CV even if his track record is not necessarily impressive: a Swiss D3 championship (2003) and an Italian Cup (2013) with Lazio Rome. His record with the Italian club is mixed despite a good first season (7e of Serie A). The second was more difficult. The transalpine leaders parted ways with him in December. The former attacking midfielder quickly rebounded by taking over the “Nati” instead of Ottmar Hitzfeld.