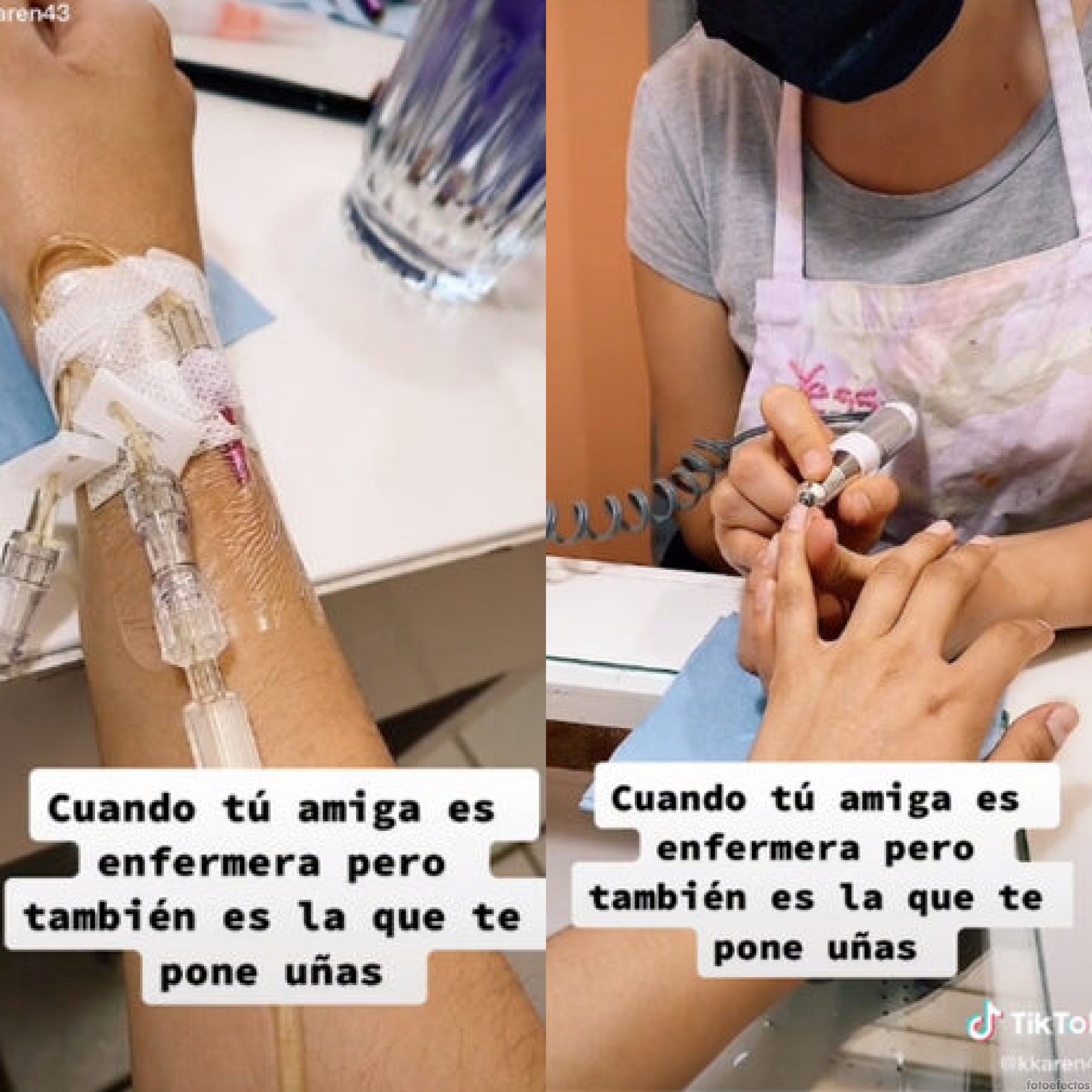 A video went viral on the internet after a nurse, a cornerstone of Mexico’s health personnel, was exhibited doing double work; placing a serum and putting gel nails on his patient (at the same time). Which speaks of the VERY LOW salaries that Mexico has available for health personnel.

Mexico: with the lowest salary for health personnel in the world!

According to CIEPMexico is located in the second place of OECD countries with the lowest average annual salary for health personnel.

Mexico with the lowest salary for health

The Center for Economic and Budgetary Research (CIEP) mentioned that Mexico is located with the lowest average annual salary for the staff of Health. This, above the countries that make up the Organization for Economic Cooperation and Development (OECD).

On the other hand, the nursing specialty is below the global average among countries such as Chile, Spain and Italy.

Will there be improvements?

Public health institutions this 2021 plan to allocate 35,917 million pesos to the payroll as a result of the approval of 4,340 million pesos in the creation of 11,958 new jobs.

Hiring is contemplated in 25 hospitals from the poorest areas of the country, according to the CIEP, and 8,977 places will be opened divided among them.

In addition, they were considered 2,226 million pesos to base temporary staffbut the research center ensures that 18,000 million pesos would be necessary to do this, that is, 708% more than those approved in 2019.

According to the number of squares registered by the SFP for the payroll payment of active workers, the INSABI has 5 thousand 858 nurses and 4 thousand 729 doctors (SFP 2021).

Mexico ranks second in the OECD, above Poland, within the list of countries with the lowest average salary for specialized medical personnel. In countries like Chile, the average increases 1.5 times more and compared to the OECD, it is 0.9 times less.

Who earns less than the health personnel?

The Mexican Social Security Institute (IMSS) presents the lowest wages in Mexico for medical personnel, mainly in the nursing area. The salary of a nurse at the Institute of Security and Social Services for State Workers (ISSSTE) is between 368 pesos and up to 10,000 pesos.

Similarly, a type A general practitioner in the IMSS receives 16,289 pesos less than the salary of the Institute of Health for Well-being (INSABI).

As we mentioned before, health workers are classified into three levels (A, B and C) and their salaries would be stipulated as follows:

And the specialist doctors?

As for medical specialists the salary is 1.3 times higher at the Isidro Espinosa de los Reyes National Institute of Perinatology than in the Regional Hospital of High Specialty of Ixtapaluca.

On the other hand, the nursing staff has a salary of 9,896 and 29,263 pesos, with specialists C being the ones who earn the highest salary. A specialist C from the Regional Hospital of Ciudad Victoria is 14,629 pesos less than the salary at the National Institute of Perinatology.

These surgeons became the first pair of doctors to climb Mount…

What are the most common diseases in dogs?