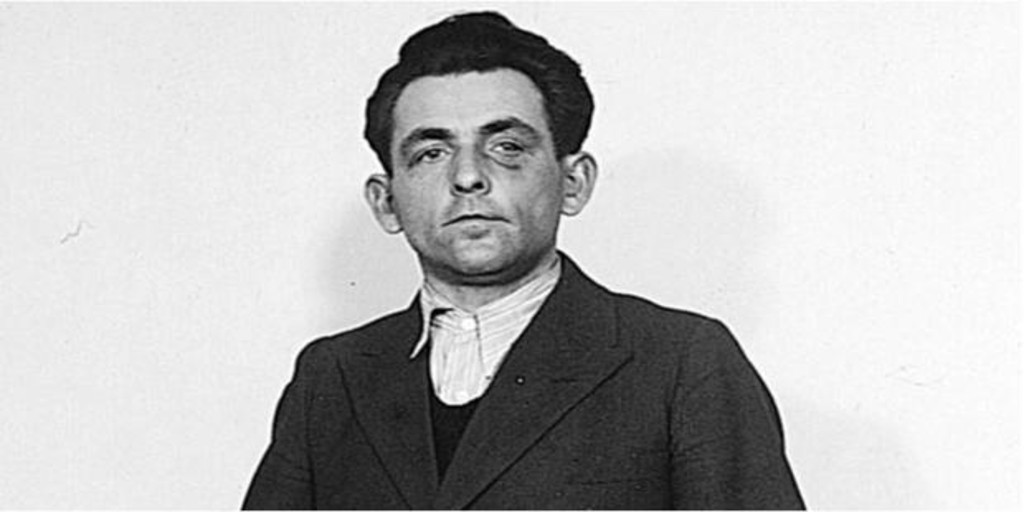 It was only a month ago that the old battleship Schleswig-Holstein had launched the first 280-millimeter howitzers from the sea off the coast of Danzig on the Westerplatte garrison. Only a month since, with that surprise attack that Hitler had dreamed of for years, Nazi Germany began the invasion of Poland and World War II, when the ‘Führer’ suffered his first attack while in power. Neither the Poles, nor the Germans, nor the Europeans nor the Americans yet knew that this conflict was going to become the most devastating in the history of mankind, but many of them seemed to be clear that they had to end the Nazi leader as soon as possible. to avoid greater evils.

The first attempt had taken place in 1923, when Hitler almost lost his life when he was wounded by a bullet from the German Police, during the attempted coup that he carried out in November of that year: the ‘Munich Putsch’. It was precisely on the same stage where this occurred, the cervecería Bürgerbräukeller in which the first affiliates of the newly created National Socialist German Workers’ Party (NSDAP) met in the early 1920s, where the second attack against the Nazi leader took place 16 years later. The same man who had succeeded, and was close to doing so, could have freed the world from the Nazi Holocaust and, who knows, if he shortened the war by a few years and tens of millions of deaths.

The
ABC cover of November 10 was entirely devoted to this assassination attempt, which
it only took a few hours to give the exclusive in Spain, in the previous day’s edition, which did not have time for the photograph to arrive. It read: “According to news from Berlin, after Hitler left the premises of the Bürgerbräukeller brewery in Munich, there was an explosion inside it, causing six deaths and sixty injuries. It is added that the attack was inspired by foreign agents and that a compensation of half a million marks has been set for those who discover the perpetrators.

The difference between Hitler being dead or still alive was only 13 minutes. “If the assembly had followed the course of the previous years, all the leaders of the Nazi party would have been in the same place where the explosion took place. After what happened, the room presented large piles of rubble, since the only column that supported the roof of the brewery was completely destroyed. Large amounts of rubble fell in the same place where the party leaders were sitting during the ‘Führer’ speech. Some rubble reaches three meters in height »,
explained this dirio on the 10th.

Poer, who did it? Who had the courage to outwit the powerful SS guard to prepare a bomb and place it, unseen, in the same place where he knew Hitler would be that day? At that time nothing was yet known about him, although today he is one of the most famous opponents of the Third Reich within Germany, to the point that, in 2016, the director Oliver Hirschbiegel he dedicated the film «
13 minutes to kill Hitler». Your name, Georg Elser, a carpenter born in 1903 to a farming family in the small town of Hermaringen, in the south of the country.

Years before, he had worked in a watch factory in Constance, whose experience he would use precisely to make the timer for the bomb. In the 1930s, he had time to have a child, divorce, return to work with his father, and be hired in an assembly plant where he became familiar with the Nazi rearmament program. It was there that he became aware that Germany was heading for war.

Elser was a quiet and reserved person who attended various cultural centers and sang in the village choir. According to his inner circle, he felt a visceral rejection of Hitler’s regime. He always refused to perform the Roman salute and even left the room if the radio broadcast one of his speeches. On one occasion, his associates recalled, the carpenter declared: “I’d rather be shot than take a single step through the Nazis.”

He was a very normal person, who ventured to do one of the riskiest actions in history, and whose figure was relegated to oblivion, for decades, for that very reason. Historians did not believe that this unknown man of humble origins could have acted alone. They questioned the legitimacy of his motivations. In 1969, ABC still headlined: ‘
Hitler bombing revealed to be the work of one man‘.

Thirty years later, new data continued to come to light about the explosion that was closest, together with that of Claus von Stauffenberg in Operation Valkyrie, to assassinating the dictator. “The Führer commented on the event, from which he emerged unscathed, with these words: ‘It is the confirmation that Providence consents me to achieve my goal.’ Now, Dr. Anton Hoch publishes a study on the perpetrator of the attack in his ‘Notebooks of Contemporary History’. The investigator concludes that the brewery attack was the work of a single perpetrator. A long time had passed after the event and in Germany it was still believed that the attack had been planned and carried out by several men. The communist carpenter Georg Elser took a year to prepare it, “ABC explained in the November 1969 news.

To do this, Elser visited the famous brewery every night for 30 days. It was the same where every November 8 Hitler gave a speech to commemorate the ‘Munich Punch’. He would get there, order the cheapest beer, and hide in the bathroom until the store closed. He then devoted himself to meticulously emptying the column in front of which the dictator, surrounded by his staff, was going to address his acolytes. In the hole, the carpenter placed a homemade bomb that he built from explosives stolen from a quarry and placed a clock as a timer, which he set three days before.

This means that Elser was planning the attack even before the Second World War broke out. By his calculations, Hitler should have spoken for at least an hour and a half, just as he did every year. Hence, he programmed the bomb for what he hoped would be the zenith of the speech, at about 9:20 p.m. But that night, however, the dictator shortened his intervention and left the brewery at 9:07 p.m., to get to the train that would return him to Berlin in time, since he could not make the plane trip because of the thick fog. And since our carpenter’s device worked perfectly, it exploded on time. Hence the 13-minute difference and that the victims were only seven members of the Nazi party and a waitress, in addition to the 63 people who were injured, instead of the ‘Führer’.

Although the carpenter was arrested that same night, when he was trying to cross the border illegally into Switzerland, ABC did not give the news until
November 22th. It echoed the statement from the German Police Chief: “Immediately after the attack, all the necessary measures were taken to clarify the incident and arrest the perpetrators. All borders were closed, reinforcing surveillance in them. Among those arrested that same night was a man who was trying to reach Switzerland clandestinely, named Georg Elser, 36 years old, who had recently resided in Munich. After several confrontations, and after denying it at first, he confirmed his participation […]. The crime had already been decided in September 1938 ».

Apparently Elser had not wanted to dispose of the incriminating evidence, in case he could use it to avoid extradition. The Nazis, however, did not believe that he had acted alone and ended up accusing the British secret services in the same statement. The opposition movement in Germany also distrusted his version and considered that the attack was probably a false flag attack designed by Hitler to reinforce his support among the population.

After being interrogated and tortured by the Gestapo, Elser spent five and a half years in solitary confinement in the Dachau concentration camp. “With my action, I wanted to avoid an even greater bloodshed,” he told his captors, according to the transcript of the interrogation discovered by a historian in the 1960s. It was of no use to him. Right there he was shot by Hitler’s personal order, 20 days before he committed suicide in his bunker and 19 before the place was liberated by the allies.