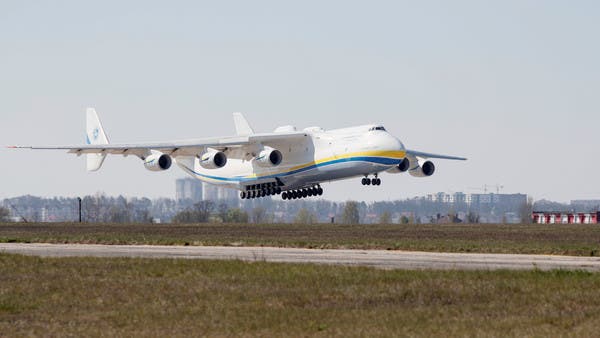 Fragments of the military operation launched by Russia on Ukrainian soil have affected the country’s biggest “dream”. The largest cargo plane in the world, Antonov An-225 was destroyed, during Russian attacksUkrainian officials said, causing concern and sadness in the aviation world.

The Ukrainian authorities revealed that the giant plane, called “Mriya” or “Dream” in Ukrainian, was parked at an airport near the capital, Kyiv, when it was attacked by Russia, adding that it would rebuild it.

The Ukrainian state defense company Ukroboronprom, which operates the Antonovs, issued a statement on Sunday saying that the plane was destroyed but will be rebuilt at Russia’s expense, at an estimated cost of $3 billion, according to CNN.

This was the world’s largest aircraft, AN-225 ‘Mriya’ (‘Dream’ in Ukrainian). Russia may have destroyed our ‘Mriya’. But they will never be able to destroy our dream of a strong, free and democratic European state. We shall prevail! pic.twitter.com/TdnBFlj3N8

It is noteworthy that this aircraft is unique in the world, as it is 84 meters long and can transport up to about 250 tons of cargo at a speed of up to 850 kilometers per hour.

While the aircraft was initially manufactured as part of the Soviet aviation programs, especially to transport the space shuttle “Buran”, it made its first flight in 1988.

Satellite image of the burning plane

After several years of inactivity due to lack of resources following the fall of the Soviet Union, a test flight of the only existing version of the aircraft was conducted in 2001 in Gostomel, about 20 kilometers from Kyiv.

Subsequently, it was operated by the Ukrainian airline Antonov Airlines for on-demand cargo flights, which was in high demand, especially at the beginning of the Covid-19 pandemic.

Also, it has sometimes been used to help airlift aid during crises in other countries.

In the aftermath of the 2010 Haiti earthquake, it delivered relief supplies to the neighboring Dominican Republic.

Also, during the early days of the Corona epidemic, it was used to transport medical supplies to affected areas.

To this day, the Meria remains the heaviest aircraft ever built, with six engines and the largest wingspan of any aircraft.

It is noteworthy that the announcement of the destruction of the plane came at a time when Gostomel airport violent clashes Since the start of the Russian military operation in Ukraine on Thursday, the Russian army has been trying to control this strategic airfield.

Health Network “Should the fried chicken be peeled?Dietitian: Peeled Omega-6 Fatty Acids Reduced by Nearly Half