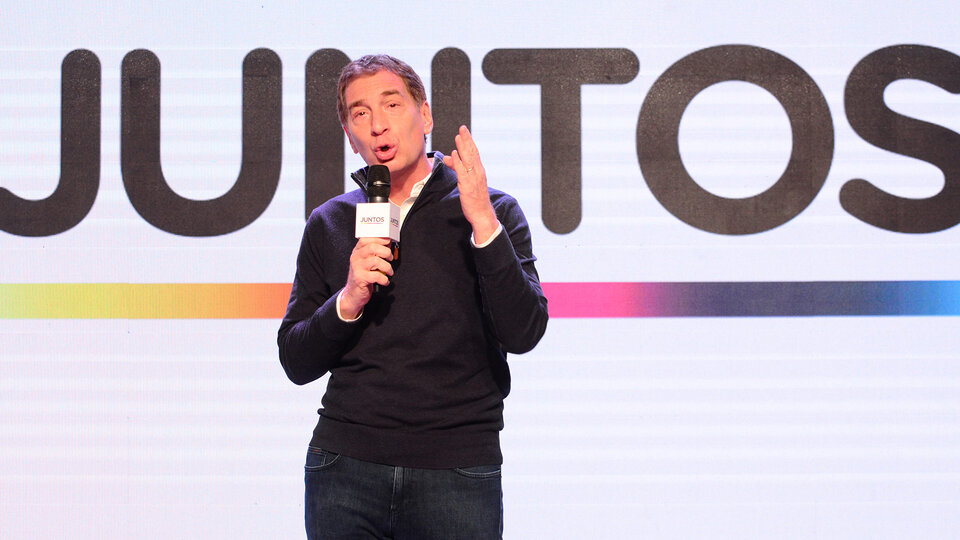 The Diego Santilli permanent campaign marketing caused another sizzle in the internal of Together for Change. Behind the unusual video published by the former deputy head of the Buenos Aires government who became a provincial deputy, a senator and former macrista official accused him of doing “horseplay” and having a “profound ignorance of the suburbs.”

It all started with the publication on Tik-Tok of a video in which Santilli, standing on the banks of one of the narrowest and lowest sections of the Matanza Rivershows some ropes that cross from one side to the other and says that supposed drug traffickers transfer drugs through them.

The river is the limit between the town of La Matanza and Ezeiza, and between both banks there are about five meters and the water is so low that you can even see the bed. However, suspensefully Santilli relates: “In that rope that is there, in that Styrofoam box, those who traffic put the drug and pass it to this side”.

“We have to put an end to this, we have to confront criminals,” he emphasizes. The publication received several likes but also a few criticism against this superficial interpretation that is made of the complexity of a crime such as drug trafficking.

Who most harshly criticized the “Colorado” was the former mayor of San Miguel and current provincial senator, Joaquin de la Torrewho through Twitter questioned the candidness of the story of the national legislator:

“Only one person with a profound ignorance of the suburbs may believe that drug traffickers need to pass the drug with ‘a rope and a box’ through a ditch”, he shot, he is also Minister of Production during the government of María Eugenia Vidal.

In his message, De la Torre was harsher: “Let’s be serious, the problems of those of us who live and love the province they are not solved with these antics“, said.

“On the other hand Diego, the limits of the municipalities in PBA are not important because they do not change the jurisdiction. Is it clear or do I make a little drawing?”, he chicaned on the social network through which he pointed out that “drug trafficking is becoming a structural and profound issue that deserves seriousness, respect and the ability to distinguish the essential from the accessory”.

It is not the first time that De la Torre He speaks out against who was the head of the list in the legislative elections last year, nor against the decisions of the leadership of Together for Change, the force to which he also belongs.

Last May, Vidal’s former minister resigned from the vice presidency of the Buenos Aires Legislature after the macrismo agreed with the government of Axel Kicillof on some pending appointments in the directory of Banco Provincia and the provincial Court of Accounts.

Ecuador: Government of Guillermo Lasso and the indigenous movement sign the agreement that ends protests