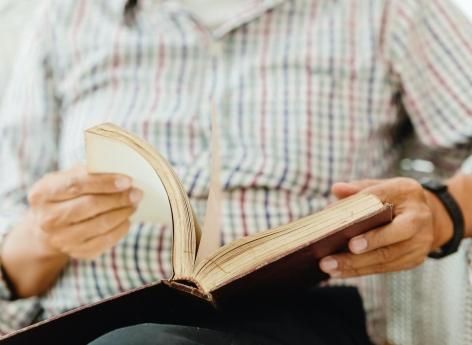 Studying is not a factor in delaying the onset of Alzheimer’s. New Swedish research refutes a belief that has been validated by previous work. In 2014, researchers estimated that doing studies delayed the onset of dementia by 7 years. Research conducted by Swedish scientists at the University of Duisburg-Essen (UDE) contradicts these results and suggests that there is no causal link between long studies and late onset of dementia. The results of this work were presented on November 23 in theAmerican Journal of Epidemiology.

Intelligence or the socio-economic context

Researchers searched the archives for information on Swedish primary school reform between 1930 and 1950, when compulsory education was gradually extended from six to seven years across the country. “It was compulsory for all 13-year-olds, regardless of their intelligence, character, social background or other factors that normally affect the decision on the duration of studies.”Adds Martin Karlsson who headed the research group. As a result, the researchers compared the different teaching times with the dementia diagnoses of 1.3 million people born between 1920 and 1936.

Researchers have found no causal link between the number of years in school and the risk of developing dementia later in life. Although the disease affects people with little education more often than university graduates, it emerges from this study that education is not a protective factor. “Important factors determining academic success – for example intelligence or socio-economic background – also affect our aging process”, Advance Martin Karlsson.

Specialists said on July 30 in the journal The Lancet that modifying several risk factors over the course of one’s life prevented, or at least delayed, 40% of the risk of developing Alzheimer’s.

– Move. Regular physical activity has been shown to be associated with a risk reduction of up to 45%. Objective therefore: at least 30 minutes per day;

– Stop smoking. The inhaled components of tobacco are harmful to many organs, including the brain;

– Engage the brain. This organ also needs to be “trained”. So you have to read, go to the museum, etc…;

– Check its tension. Untreated high blood pressure is likely to lead to the development of cognitive impairment;

– Take care of your mental health … Many researchers believe that depression is the bedrock of cognitive diseases;

– Do not shut yourself off from others. Clearly, fight against social isolation. Having an active social life seems to delay the onset of the disease;

– Keep an eye on his weight. It does appear that Alzheimer’s disease is characterized (in addition to cognitive impairment) by metabolic dysfunction associated with obesity. Adopt a balanced diet, and once again, play sports;

– Beware of the head. Various studies have shown an increased risk of cranial micro-traumas, for example in certain athletes (such as rugby players or boxers). Do not hesitate to wear a helmet for the practice of risky activities;