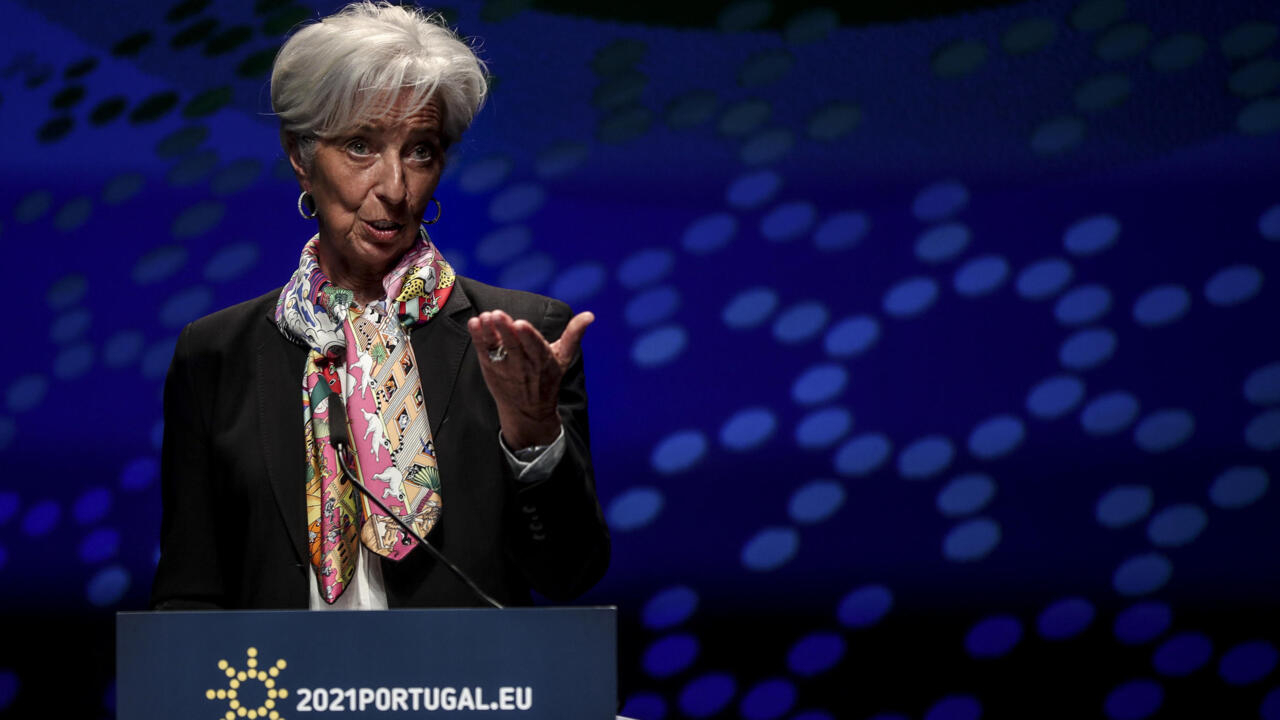 Despite signs of economic recovery, the European Central Bank is expected to renew its anti-crisis potion on Thursday without being impressed by the return of inflation and investors on the lookout for a change of monetary course.

Barring a big surprise, the institution chaired by Christine Lagarde, which brings together its board of governors, will maintain a high rate of public and private debt purchases.

The ECB thus wants to guarantee low interest rates for households and businesses in order to support the revival of activity with the hoped-for exit from the Covid-19 pandemic.

These asset purchases are part of its emergency plan (PEPP) launched at the start of the health crisis and its older program of quantitative easing (QE).

The ECB should certainly slow down its interventions during the summer months, partly due to seasonal effects, but maintain an above-average monthly rate, according to Frederik Ducrozet, strategist at Pictet Wealth Management.

For this, the monetary policy decision statement released at 11:45 GMT could signal that “moderately” higher purchases will be made in the third quarter. Since March, these purchases have been “significantly higher” than the average, in order to counter the tensions on bond rates.

The ECB’s short-term key rates, which have been at their lowest since September 2019, should remain, according to the customary formula, “at their current levels or below”.

Christine Lagarde recalled at the beginning of June the ECB’s commitment to maintain “favorable financing conditions” until the economy recovers sustainably.

The Frenchwoman thus sided with the “doves”, the majority in the Governing Council of the ECB, followers of broad support for the economy, compared to the “hawks” preferring a restrictive monetary policy.

However, Thursday’s meeting could stage “the last dance of the doves,” according to Holger Schmieding, economist at Berenberg. The next deadlines, especially in September, could then see the hawks “raise their voices in a much more audible way”, he continues.

With the expected return of growth and that of inflation, these supporters of monetary orthodoxy, mainly from the northern euro-zone countries, have “today the best arguments” for reducing the sails on the buybacks of debt, argues Friedrich Heinemann, economist at the German ZEW institute.

Also, the financial markets will be attentive during the press conference of Ms. Lagarde, from 12:30 GMT, to any statement that could suggest a gradual change of course from September.

The ECB could make this evolution depend on economic data, financing conditions or even the evolution of the health situation.

The ECB unveils on Thursday an updated set of economic projections for 2023.

Regarding growth, an increase in the forecast is expected at least for 2021, against a backdrop of a rebound in the business climate which heralds an acceleration of the recovery in the second half of the year.

Activity would even be stronger without significant delays in supply chains and difficulties in restarting certain factories to meet demand.

The euro zone’s inflation rate, also driven by the surge in energy prices, reached 2% in May over one year, faster than the ECB had expected.

Observers therefore expect the inflation forecast to rise in 2021, currently to 1.4%. For the rest, the price curve should remain below the target of an increase “lower but close to 2%”.

The ECB sees the current rise in prices as a temporary phenomenon that does not call for a monetary response. Recent public interventions by its leaders have eased tensions over sovereign debt rates.

These tensions could quickly reappear if the ECB surprises Thursday with announcements presaging a faster than expected tightening of its ultra-accommodative policy.