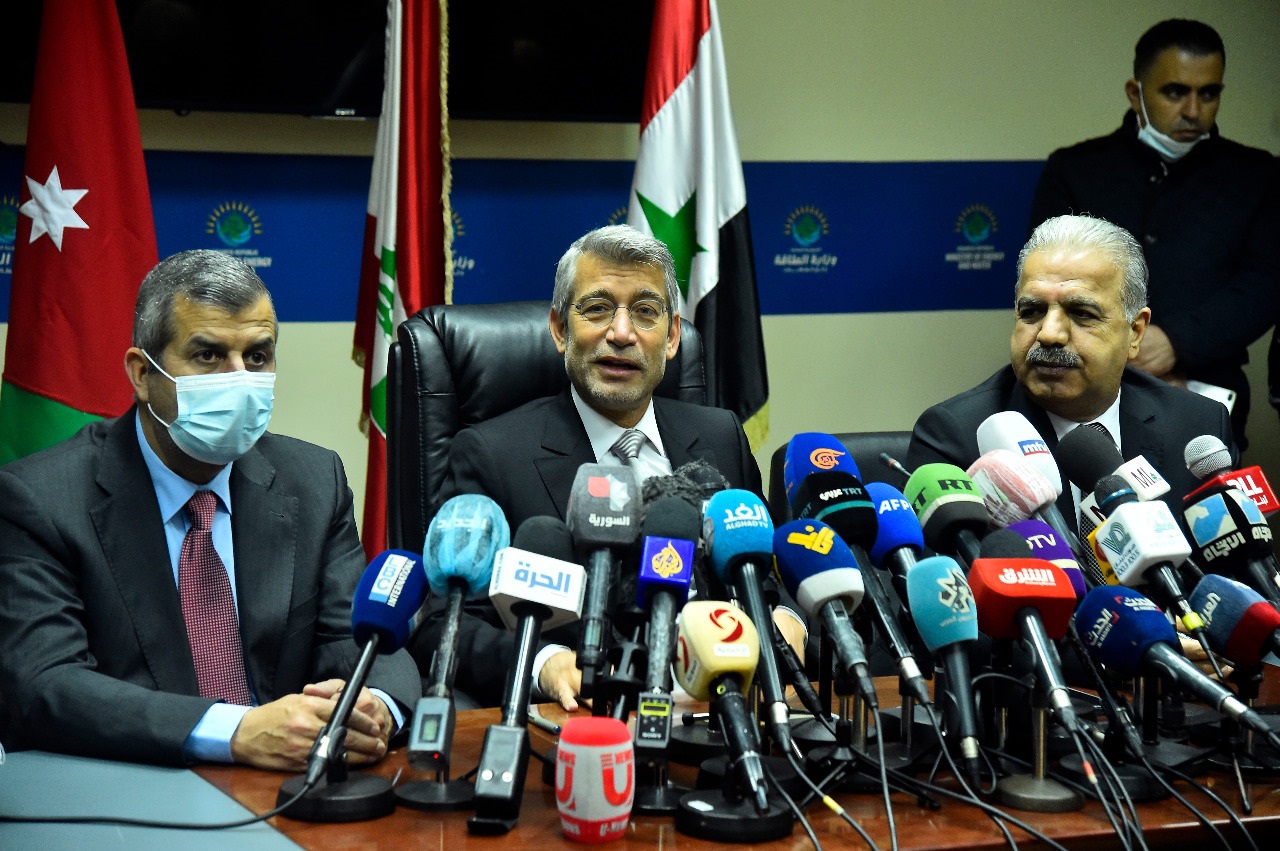 Electricity outage in the Ministry of Energy before the start of the signature pic.twitter.com/m69CK3nCpx

Today, Wednesday, Lebanon signed two agreements with Jordan and Syria to supply Beirut with part of its electrical energy needs from Jordan through the Syrian electrical network.

The agreements include supplying Beirut with about 150 megawatts of electricity from midnight until 6 in the morning, and 250 megawatts during the rest of the times in order to find solutions to the electricity crisis in Lebanon.

Jordan and Syria have been connected electrically through a 400-kilovolt transmission line since 2001, and the interconnection line has been out of service since mid-2012 for technical reasons, which has been rehabilitated during the last period. kV.

Lebanese Energy Minister Walid Fayyad confirmed that the electrical interconnection agreements, which are expected to enter into force within two months or less, will provide additional electricity to Lebanon’s grid at a cheaper cost and less polluting than the electricity provided by private generators.

He said, “The agreement will provide 250 megawatts of electricity, which will provide about two additional hours of power in cooperation with Jordan and the support of the brothers in Syria, and we are counting on this joint Arab action, in order to expand cooperation between Arab countries.”

He pointed out that what was supposed to be accomplished in 6 months was accomplished in two months, and the issue of financing from the World Bank remains, which we will work on as soon as possible so that this agreement becomes effective.

Fayyad pointed out that there are currently discussions with the World Bank to finance the flow of electricity from Jordan to Lebanon via Syria, explaining that the bank has allocated $300 million to finance the Egyptian gas program.

He stressed that his country is also working to sign the Arab gas contract under the leadership of sister Egypt, and Jordan and Syria support them with these two agreements.

Jordanian Minister of Energy and Mineral Resources Saleh al-Kharabsheh stressed the importance of the agreement in solving the electricity crisis in Lebanon and helping it to meet part of their electrical energy needs, in implementation of the directives of King Abdullah II to stand with the Lebanese brothers and support them in overcoming the obstacles they face in the energy sector.

Kharabsheh pointed out that “during this historic moment, we sign the electric power exchange contract and the transit agreement with Lebanon and Syria, and the importance of this contract is that we strengthen communication and cooperation between our countries and our historical relations derived from leaders in these countries, and we are committed to cooperating among us for the benefit of all.”

He believed that “any cooperation between Arab countries is in the interest of all, and we hope that the agreement will improve the level of service in terms of electricity in Lebanon,” stressing that “this opens the door for more cooperation in other fields, and encourages us to move forward.”

He explained that “there is a great effort to prepare the network, which is now ready to transfer energy from Jordan through the Syrian network to Lebanon.”

For his part, the General Manager of the Jordan Electricity Company, Amjad Al-Rawashdeh, said: “On the ground, the Syrian network is ready, as we learned from the Syrian side, and we in Jordan have completed studies for the purpose of simultaneous connection in order to secure the export of electricity to Lebanon.”

He added, “After signing, there will be a trial phase for a short period, and then we will continue to supply the Lebanese side with electricity.”

For his part, Syrian Minister of Electricity Ghassan Al-Zamil confirmed during the signing ceremony of the energy transit agreement from Jordan to Lebanon via Syria that his country has completed all arrangements for the electrical connection from Jordan to Lebanon, and will provide all facilities to complete the agreement and solve the electricity crisis in Lebanon.

He said, “We consider this achievement remarkable, and we in Syria are among the first countries to seek Arab cooperation in all fields.”

He added, “We have done our best since the first meeting, as we said that at the end of the year-2021- the connection line will be ready, and on the 29th of last month, we informed the Jordanian and Lebanese sides about the readiness of the line… as there are directives from the Syrian government to provide all facilities to complete the agreement.

recount of the president’s statements on international affairs