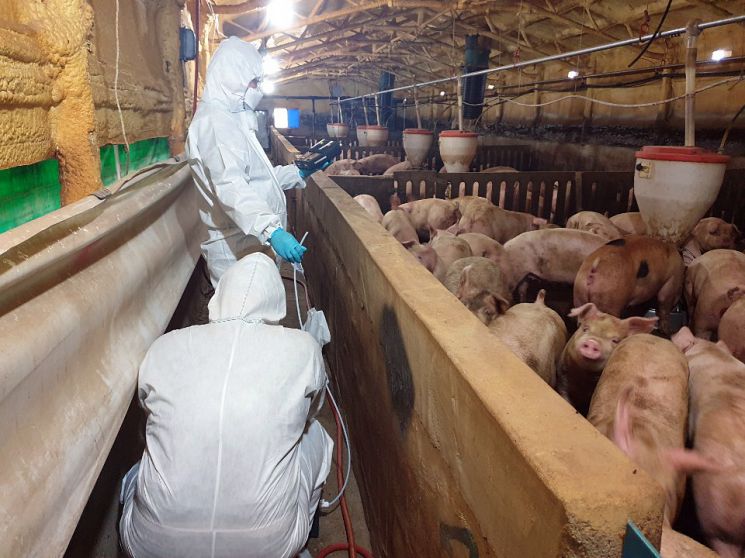 The Korea Atomic Energy Research Institute (KAERI) announced on the 28th that it has developed ‘electron beam-based livestock odor reduction technology’ and transferred it to Taeseong Environmental Research Institute, a company specializing in odor diagnosis, analysis, and monitoring, on the condition that a flat technology fee of 100 million won and 2% of sales are received as a regular fee. .

This technology is a cutting-edge technology that decomposes odor-causing substances with electron beams. The odor from livestock facilities is a complex odor mixed with ammonia, hydrogen sulfide, and methyl mercaptan, and is mixed with various organic compounds and has a higher concentration than general household or industrial odors. For this reason, it is difficult to process, so the development of related processing technology is rather slow.

So far, water or chemicals have been used to dissolve or neutralize odor substances. Depending on the type of odorous substance, water, acidic or alkaline solution is used. Even this, in the case of a complex odor, the treatment efficiency is lowered and there is a limitation in that the waste liquid remaining after removing the odor must be treated.

The technology developed by the research team is characterized by rapidly decomposing odors by irradiating high-energy electron beams after collecting the air inside the barn without using a solution. Using an output variable electronic accelerator linked to an olfactory sensor, the type and concentration of on-site odors are detected in real time, and the accelerator output is optimized accordingly.

The electrons accelerated close to the speed of light in the electron accelerator react with the odorous substance to directly destroy the molecular structure of the substance or generate radicals that can oxidatively decompose, leading to secondary decomposition. In this process, more than 95% of most odorous substances can be decomposed.