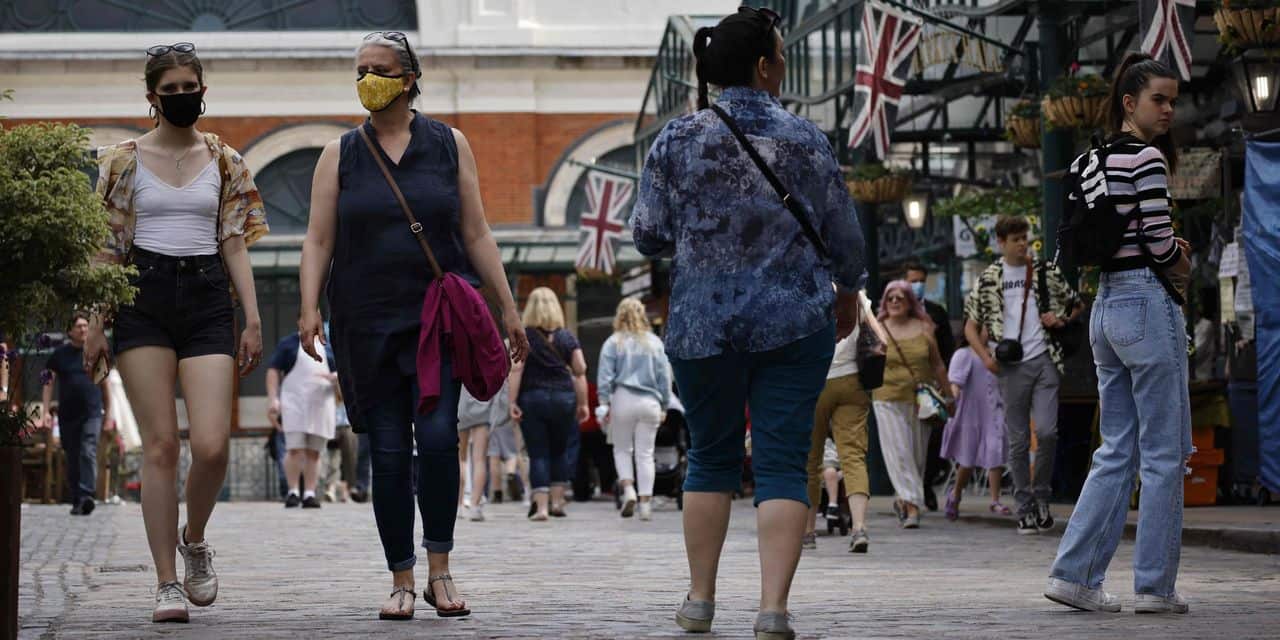 The situation is “perilous” on the other side of the Channel. While the number of contaminations continues to increase, the north-west of England had to call for reinforcements to fight against what many people have already described as “third wave”.

The army has thus been deployed in certain towns in an attempt to speed up the vaccination campaign. The authorities have also set up a system of “vaccine” buses, to avoid wasting time. All people over 18, in the most affected areas, have been urged to be vaccinated as soon as possible. The UK has also decided to put more emphasis on testing and contact tracing to stem this new wave.

Will this be enough to gain the upper hand on the virus? If the experts hope so, they are nonetheless mixed as to the possibility of implementing the rest of the deconfinement. Scheduled for June 21, this new phase should bring about many relaxations, including the end of the obligation to wear a mask and telework. Boris Johnson will announce, this Monday, June 14, whether or not the United Kingdom will have to wait to find more freedom.

The vaccine against the Indian variant

Anyway, experts agreed that the Indian variant, more contagious than the British, played an important role in this resurgence of the epidemic. While the vaccination campaign in the country is well advanced with 42.4% of the population fully vaccinated and 60.9% having received the first dose, the question of the effectiveness of the vaccine against this delta variant could arise. But recent studies show that the vaccine remains effective against the virus that is currently circulating widely in the UK. Even more, as Emmanuel André pointed out on Twitter, the data communicated by the British health authorities undeniably prove that the vaccine works. “In the North West of England, an increase in hospitalizations follows the increase in infections caused by the variant B.1.617.2. These hospitalizations almost exclusively concern the incompletely vaccinated age groups,” wrote the virologist.

It is for this reason in particular that he was rather optimistic about the arrival of the Indian variant in Belgium. “We cannot prevent this variant from becoming dominant, but we can slow it down as much as possible,” he added to our colleagues from Het Nieuwsblad. “By making it more complicated to travel to countries where this variant is dominant, by having more active tracing, in particular with more tests. These are all possibilities that will allow us to slow down the development of the delta variant. saves time, the more people who are fully vaccinated. ” According to the expert from KULeuven, it would even be conceivable that we could see the Indian variant become dominant in our country without too many consequences, and avoid “a new lockdown”.

Same story on the side of interfederal spokesperson Steven Van Gucht. For the virologist from Sciensano, there is little risk that the Indian variant will impose itself so quickly in our country. He pointed out that most people at risk had already been fully vaccinated, or had at least received a first dose. “It is, however, possible that the number of infections will increase and that at some point we will face an increase in hospitalizations, and then hopefully a decrease when the vaccination campaign comes to an end,” he said. -il detailed with our colleagues from Het Laatste Nieuws.