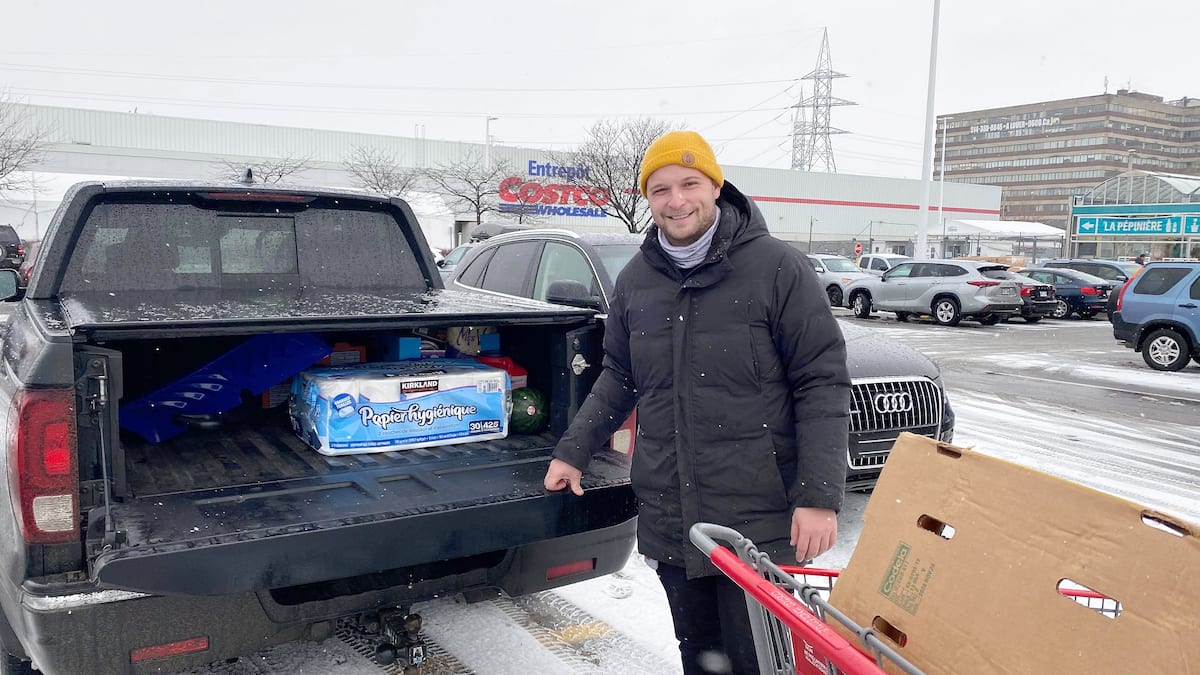 Customers who have to replace household appliances are puzzled by the government’s decision not to treat them as essentials when white paint or hair dye are.

“I find it a little crazy to say that an oven and a fridge, it is not part of the essential category”, judges Catherine Lavarenne, who had to get some to furnish her new home.

The Montrealer finally did business online and over the phone with a used furniture store to get her hands on her precious appliances.

The ideal would have been to go and inspect them in person to make sure that everything was in order, she admits, but this is impossible under the health rules in force until January 11.

“It forces us to trust [aux vendeurs de seconde main]She adds, hoping the door to her next oven won’t creak too much.

Meeting in a Canadian Tire in Montreal, Suzanne and Bruce Shadeed were on the lookout for a new toaster after theirs died.

“We do a lot of shopping on the internet, but it’s an emergency, so we came,” says Mr. Shadeed.

They fell back on the only model in the row that was not behind a X made of ribbon.

Unsure of being able to make their purchase, they were surprised to leave with their small household appliance.

“You can [l’acheter] because it’s a toaster oven, ”explained the cashier after consulting her colleague. “If it was just a toaster, we couldn’t.”

See Also:  Covid-19: Uber to check the wearing of a mask, which is compulsory when driving

This situation illustrates the arbitrariness of the application of the rules and the confusion that reigns around certain products.

Right now, white paint is available at hardware stores, but mittens are not available in big box stores, as the mercury is dropping.

The government having preferred to stick to broad categories rather than a list of specific products, adjustments will be necessary, concedes Jean-François Belleau, spokesperson for the Retail Council of Canada.

“By the end of the week, the service offerings will balance out. The traders who were a little too liberal in their interpretation will tighten up and those who were too rigid will loosen a bit, ”he assures us.

In the meantime, many consumers are making multiple stops to find the desired object, which is not necessarily better.

“We’re moving and we’re missing a few things. We are not able to find everything, ”testifies Alexandre Tremblay, leaving the Costco while he was looking for a trash can and a toilet brush, products deemed non-essential by the chain.

Without being discouraged, he intended to continue his quest in the nearby hardware stores.