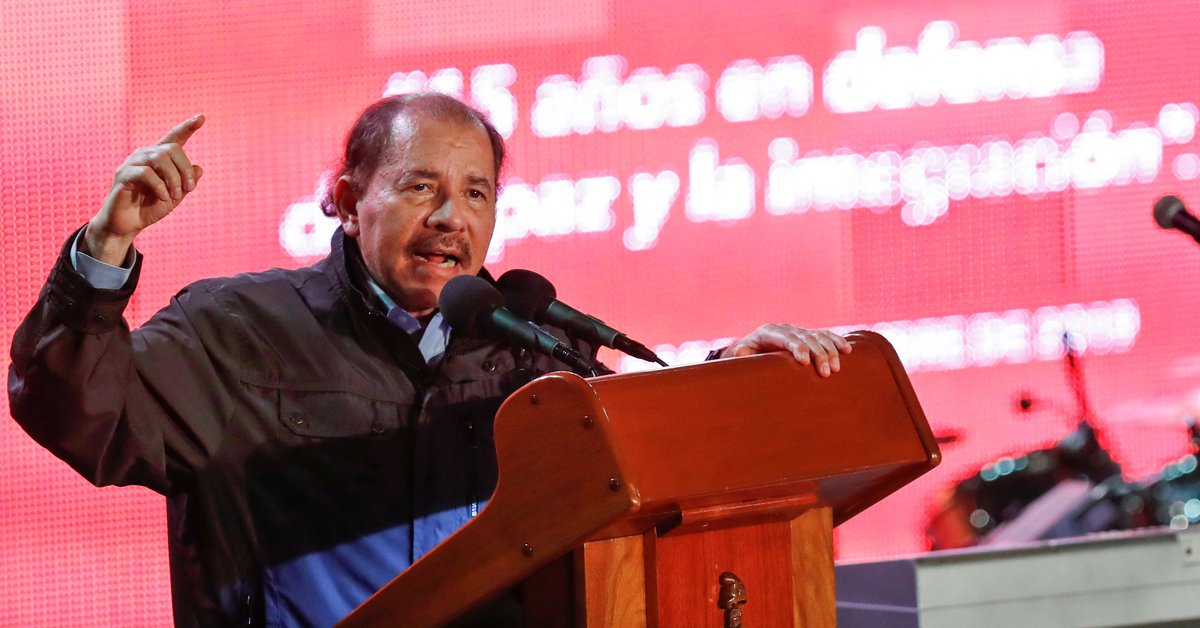 In the image, the president of Nicaragua, Daniel Ortega (Photo: EFE / Yander Zamora)

The plenary session of the European Parliament called on Thursday for European Union sanctions against the president of Nicaragua, Daniel Ortega, and his wife, Vice President Rosario Murillo, for the repression in the country, and urged the release of all political prisoners and condemned the authoritarian drift of the Sandinista regime.

In a resolution, Parliament expressed its solidarity with the Nicaraguan population and “firmly condemned all the repressive actions of the Nicaraguan authorities” against democratic opposition parties and their members, journalists. and other media workers, students, indigenous peoples or defenders of human rights and civil society.

“That the imposition of restrictive measures, repression and human rights violations be put to an immediate end”, and that “account be given for the serious violations committed by the Nicaraguan Government since 2018,” the MEPs requested in reference. to the social outbreak against Ortega that began then.

In May 2020, the EU has already sanctioned two Ortega advisers and four police chiefs for “serious human rights violations”, by freezing their assets in Europe and prohibiting them from traveling to Community territory.

A military man in Nicaragua

Today, the parliamentary plenary session went further and urged the Council of the EU and the Member States to “rapidly expand ”the list of persons and entities that should be subject to sanctions, “Including the president and vice president of Nicaragua and their circle of close friends, especially ensuring that the Nicaraguan people are not harmed.”

In a plenary debate on the situation in Nicaragua on Tuesday, the EU’s High Representative for Foreign Policy, Josep Borrell, stated: “In the next few days we will raise with the Council the possibility of taking restrictive measures in the style of those that have already been taken in the past.”

Specifically, he was inclined so that these new sanctions “do not affect citizens” and serve to do “all the political pressure that we are able to do, with the means at our disposal and in collaboration with the United States, with the Organization of American States (OAS) and with all countries that share the same concern”.

The European Parliament asked that they respect their “fundamental legal guarantees, their human rights and their civil and political rights.”, and urged that the Government provide “immediately evidence that the imprisoned people are still alive, as well as their whereabouts.”

Borrell considered Tuesday that the Ortega regime “has managed to sow a climate of fear and discouragement in the population”, Although the EU wants to maintain ties with citizens through current instruments, such as the association agreement it maintains with Nicaragua.

Equally, Parliament urged the authorities to lift the de facto state of siege, respect the role of the national police as a non-political force, disarm the paramilitary forces, respect the agreements signed with the Civic Alliance and restore the rights of citizens.

The plenary session reiterated its call for “that an inclusive dialogue and democracy be reestablished as the only peaceful solution to the political, economic and social crisis” that Nicaragua is going through.

Thus, with a view to the next presidential and parliamentary elections, scheduled for next November 7, urged the Nicaraguan authorities to immediately modify the electoral law in accordance with the international parameters requested by the OAS.

Also to restore the legal status of the parties that were deprived of it, respect the right of Nicaraguans to elect and be elected and guarantee the unrestricted presence of national and international electoral observation bodies.

“For the European Parliament to recognize the elections and the government resulting from them, the changes requested by the OAS and international organizations must be implemented, in particular the restoration of the rights and freedoms that allow a free, credible and equitable electoral process.”Concluded the MEPs.