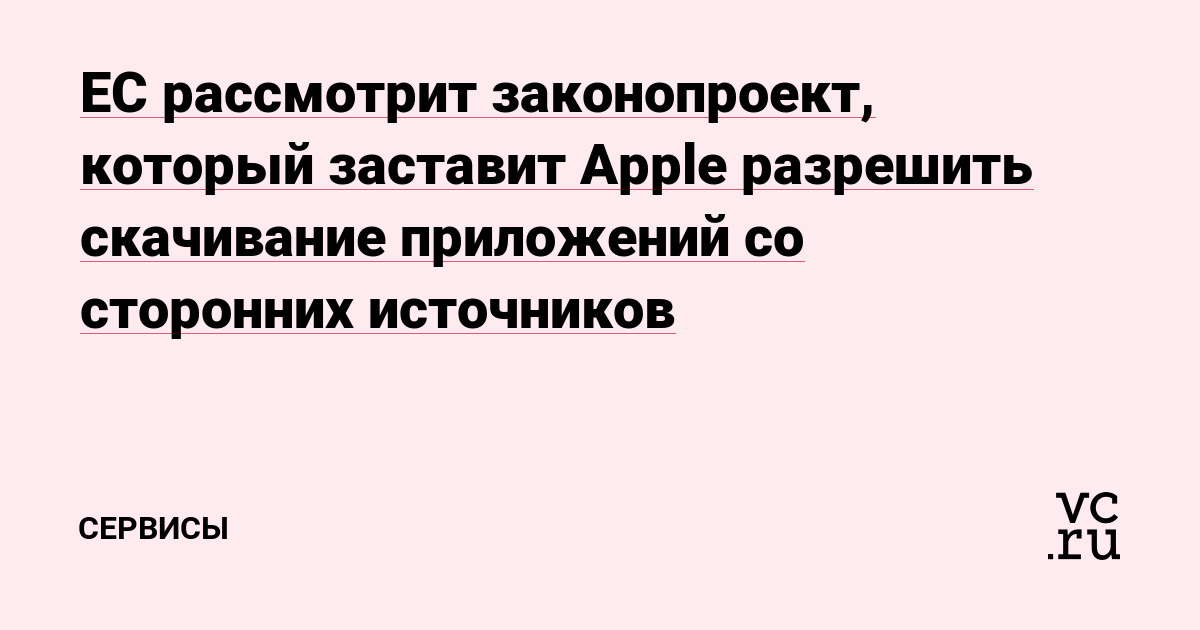 As well as the work of alternative stores on their mobile OS.

The fact that Apple will be forced to change its rules regarding third-party applications and stores, reported in the Digital Markets Act announced by the European Union.

The European Commission commented separately on this point, noting that companies should not limit their users in terms of choosing digital stores and sources for downloading applications.

In addition to additional stores, the bill prescribes to allow downloading from third-party sources, as well as to place application developers in the App Store without the mandatory use of Apple payment systems.

The European Parliament has not yet voted on the adoption of the bill, but this process should go without any problems, according to The Verge. The publication writes that the DMA may come into force as early as October 2022. After that, the countries within the European Union will be able to choose how exactly to interpret the DMA in national legislation.

Apple expressed its concern, noting that some DMA clauses create unnecessary vulnerabilities regarding user privacy and security. A spokesman for the corporation also said that the bill could prevent them from charging for intellectual property in which Apple actively invests.

Oil drops about 7% on fears of weak Chinese demand