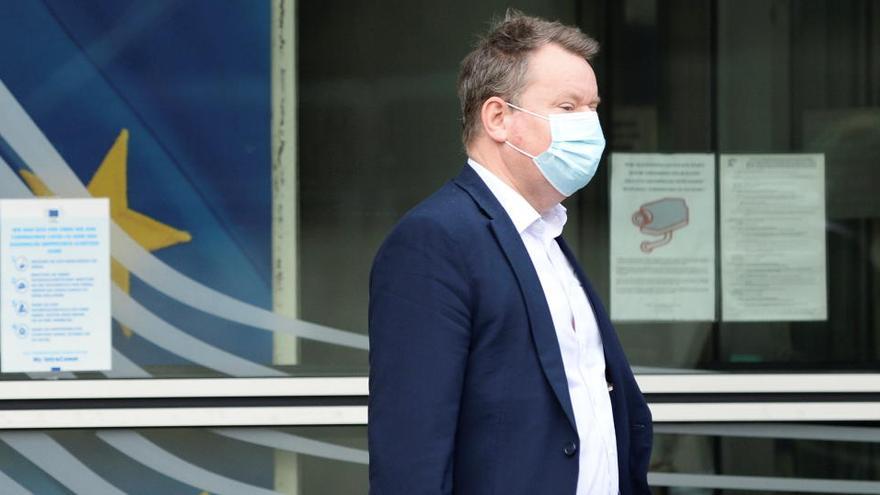 The European Parliament is open to explore the possibility of a “provisional and partial” application of the agreement between the European Union and the United Kingdom on their future relationship until MEPs can discuss the details and formally ratify the pact in January, if the negotiators finally reach an agreement before the end of the year to avoid a brave break on December 31st.

The European Parliament had given the negotiators until last Sunday to receive the legal texts of an eventual agreement if they wanted that the agreement could be submitted to the vote for ratification in an extraordinary plenary session before the end of the year.

Noting that there are still important differences in fisheries matters between Brussels and London and that the talks continue against the clock, MEPs have asked the European Commission to study the “legal ways so that January 1 can be put into operation” those chapters of the agreement that need an “urgent” application, the leader of the European Socialists and Democrats, Iratxe García, indicated at a press conference.

“If an agreement is finally reached, the European Parliament does not want to be responsible for a ‘no agreement‘”, said the MEP, stressing that, in any case,” it is clear that it would not be possible to vote before 1 January “the full ratification of an agreement that MEPs have not been able to examine in detail despite its complexity.

Thus, if an agreement were given these days an option would be also apply the planned contingency measures in case of failure of the negotiations until the Parliament voted its position in the ordinary plenary session of January, from 18 to 21, to give the green light to full ratification.

See Also:  Hirak in Algeria: Dangerous use of force against students on Tuesday

But this possibility “does not cover all urgent matters”Therefore, “a majority” in the European Parliament would be willing to apply “provisionally only to the chapters that need an urgent application to cover the first two or three weeks until the January plenary session,” García explained.

Also in this scenario, a favorable ruling by the European Chamber would be necessary before the end of the year, with a resolution that is being considered could be adopted either in an extraordinary plenary session next week, or by the Conference of Presidents that brings together the heads of all political groups.

The leader of the European Socialists admits that This opening after last Sunday’s frustrated ultimatum responds to the few alternatives and the desire to avoid the most traumatic rupture, but also warns that a total provisional application, without attending to the demands of the MEPs, will complicate the final ratification “much more” because the European Parliament would face the vote “to the dog’s eye.”

The Council has the sufficient legal mechanisms to launch this processGarcia points out, but it would be a “serious” affront to institutional respect for the European Parliament and would also damage the credibility of the agreement itself.

Regarding the deadlines, García warns that it is not only the European Parliament that is the institution tied by the calendar and emphasizes that the Twenty-seven also need a minimum of time for the processing of the possible agreement and points out that the Council has set this Wednesday for consultations with the MEPs , the 23rd, as the last possible date for an agreement, although it could be extended until the 26th.

See Also:  More than 20,000 people in Moscow demand a real investigation into the murder of Nemtsov

Meanwhile, the European negotiator, Michel Barnier, will attend meetings this Tuesday afternoon with the ambassadors of the 27 to the EU and with the MEPs of the commission that follows the negotiation to inform them of the status of the talks and the options agree.