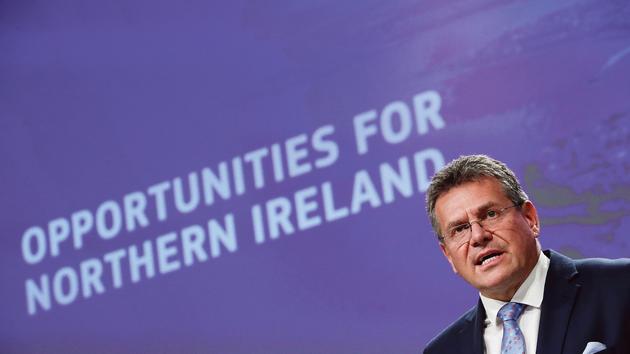 Will Brussels’ actions be enough to soften the British government on the Northern Irish protocol? In the aftermath of a very threatening speech by the Secretary of State for Brexit, David Frost, the Vice-President of the Commission, Maros Sefcovic, unveiled on Wednesday proposals intended to amend the protocol, without however going so far as to sweep it or to give up on the Court of Justice of the EU as claimed in London.

These proposals, intended to promote the supply of British medicines and products to Northern Ireland, are nonetheless substantial. It is “A solid set of creative and practical solutions, designed to help Northern Ireland cope with the consequences of Brexit, while benefiting more from the protocol”, underlined Maros Sefcovic.