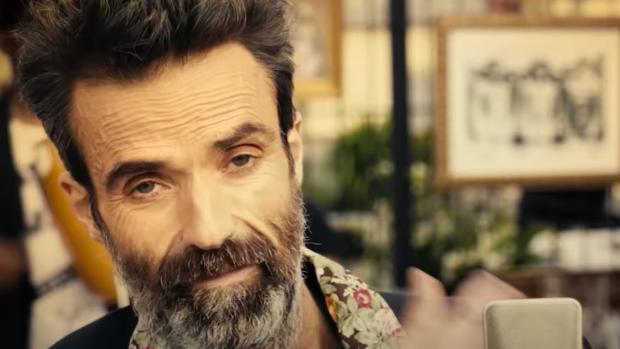 After his return to the media spotlight with a video of confinement recorded on the balcony of his house, Pau Donés has officially returned to the record holder with the release of “Eso que tú me das”, a preview of the new Jarabe de Palo album that he will publish in September with the title of “Swallows or spits”.

“We are used to being listened to, not listening,” says Pau himself through a statement released by his label. “We really like asking and receiving, much more than giving, and it is rare that we give without expecting anything in return. What has happened to me lately is just the opposite, I have received a lot without asking or expecting anything. Good things, very good things: affection, affection, respect, love, from people I knew and from people I didn’t. Many were, as my friend Mikel Erentxun says, unknown friends who with their words of encouragement made me overcome difficult moments. People I suppose that of all kinds (unknown friends) who wanted to help me and that precisely because they did not know us, they did not expect anything from me.
“That which you give me” is the way I have to thank you for your generosity
that you have demonstrated with me, and that it has always been much more than I really deserved ».

Pau Donés announced that he had colon cancer on September 1, 2015. He suspended all the concerts of the tour he had in Spain and in America, and on April 5 of the following year he announced on his Twitter account that he had overcome the disease . However, a few months later he suffered a relapse that finally forced him to leave the music in October 2018.

But at the beginning of this past April, Pau surprised announcing his return: «I come back because the music has returned to my head, to meet my people and stay here forever, because stepping on stage is the only thing I think and to do what I have always wanted to do ».

See Also:  Highest-paid Youtuber in 2020 is only 9 years old

“With being alive, everything is worth it, even the fight against fear,” he said in his last interview with ABC last December, when he gave a concert in Barcelona, ​​the entire proceeds of which were earmarked for the Vall d’Hebron Cancer Research Center. Cancer is now dangerous, and sometimes deadly. But in a few years it will not be one thing or the other, it will be like the flu, “said the artist. “Great progress is being made thanks to research. And research costs money. That is why I will continue to contribute my grain of sand ». .