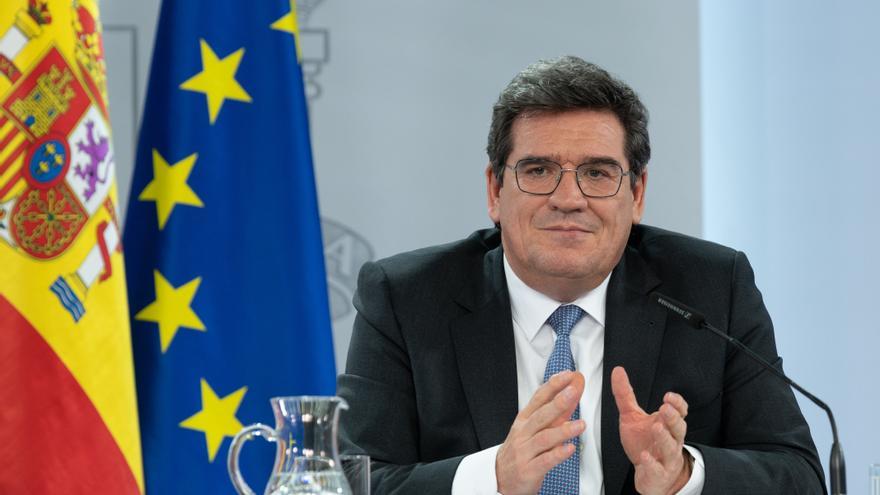 The Minister of Inclusion, Social Security and Migration, José Luis Escrivá, in a press conference after the Council of Ministers
ACN

The extension of the Temporary Employment Regulation Files (ERTO) got stuck this Friday. The unions and the employers have charged against the second consecutive absence from the Ministry of Inclusion and Social Security at the meetings, which has meant that a new joint proposal has not been submitted by the Spanish government six days after the end of the temporary files. The CEOE has stated in a statement that the absence is “a disrespect “to the social partners, at 84,000 companies and to more than 250,000 workers in ERTO. In turn, CCOO has accused the Ministry of being “exercising a blockade of the negotiating table” which may “make it difficult to arrive on time in the renewal of the ERTOs”.

“The absence of this ministry at the social dialogue table is a lack of respect for the very process of social dialogue and the people who are in ERTO,” adds the union led by Unai Sordo. The self-employed association ATA has also charged the Ministry of Social Security, claiming that what has happened is “unusual in a democracy”.

The Ministry of Social Security denies that it is blocking conversations and assures that they are preparing a new proposal which they will bring to the table “as soon as possible.” Sources familiar with the negotiation have stated that the absence of Escrivá’s is due to the fact that at the same time there was a ministerial meeting that required his presence throughout the morning.

Both unions and employers have said that there have been movements in the right direction in matters that depend on the Ministry of Labor, such as “extending the term of the counter to zero” or “maintaining the figure of the ERTO limitation” for possible regrowths.

One of the obstacles facing the negotiation is Escrivá’s intention to condition the exemptions from temporary files on training plans for workers, in order to get them to recapitalize.

The Ministry of Inclusion, Social Security and Migration has assured that it has not attended this Friday’s meeting because his Labor counterparts “had not agreed or consulted” the meeting with them. This was stated by a spokesman for the Ministry after the social agents labeled Escrivá’s second consecutive absence at the table as “disrespectful”. Social Security has added that one of the obstacles to being able to condition exemptions to requalification plans is that the State Public Employment Service (SEPE) – which depends on Labor – “is not prepared for ERTOs to include training”.

The issue of training is precisely one of the most stuck at the table of social dialogue between the Spanish government, unions and employers. The same sources lament that the Ministry headed by Yolanda Díaz “has not done the technical work” it had to do to ensure a shift towards a more employee-oriented model of requalification of employees with work suspended on a record. They have also denied that the social agents have reached an agreement with Labor, as what they accept “is an extension without changes”.