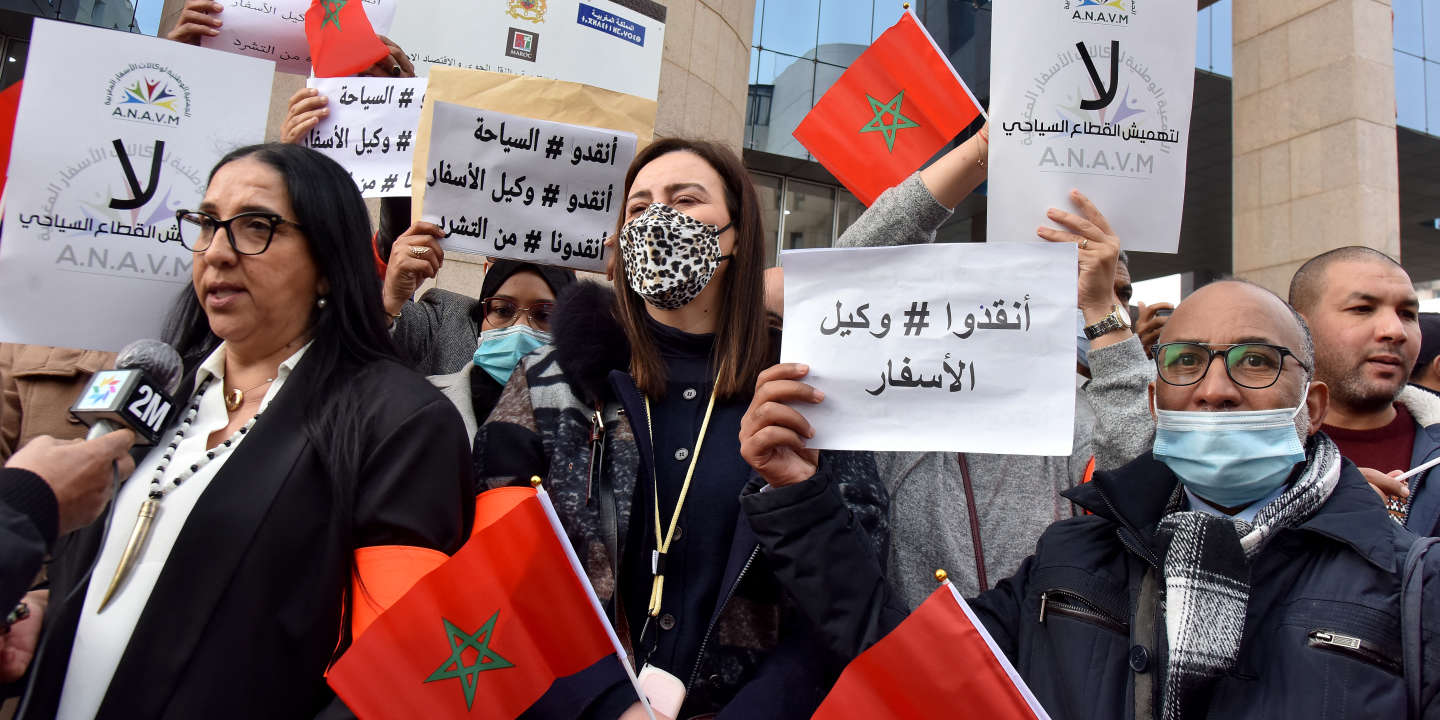 To not miss any African news, subscribe to the newsletter of the World Africa from this link. Every Saturday at 6 a.m., find a week of news and debates covered by the editorial staff of “Monde Afrique”

” I do not understand. We are Moroccans and we are prevented from returning home! » Hind (who wished to remain anonymous) has been stuck in France for two months, without the possibility of returning to Marrakech where her family, her house and her job await her.

This Franco-Moroccan had come to Montpellier to visit her student daughter when she was taken aback by the announcement, on November 28, 2021, of the closure of Morocco’s borders due to the rapid spread of the Omicron variant in the world. Initially scheduled for two weeks, the measure was extended until January 31. As the deadline approaches, the 40-year-old sails in the middle of a fog, torn between anger and despair.

Read also Article reserved for our subscribers In the souk of Marrakech, “since the closure of the borders, there is no one”

While there were indeed repatriation flights announced on December 13 for Moroccans held abroad via Portugal, Turkey and the United Arab Emirates, this return operation ceased ten days later, due to the resurgence of the pandemic in Morocco.

“There was no repatriation from France. As for the prices of flights from Lisbon, Istanbul and Dubai, they were exorbitant, nothing below 1,400 euros”, continues Hind who, since, has no choice but to live “a bit in hiding” in her daughter’s dormitory. “At least I have a place to stay. I know people in much more dramatic situations, who have no more money, no more accommodation solutions,” she specifies.

“Even for the death of a loved one! »

In Morocco, the dismay of nationals stranded abroad was heard in Parliament, where, twice in January, deputies questioned the Minister of Foreign Affairs, Nasser Bourita, on the measures taken against them. For the time being, the opening of the borders is in « discussion », replied on Monday, the minister: “The goal is to open the borders, but with the guarantee of conditions to preserve the health of both visitors and Moroccans”, he declared according to remarks taken up by the Moroccan Press Agency (MAP).

Mr. Bourita did not mention the repatriation of Moroccans and the Ministry of Foreign Affairs did not respond to our requests. No information has been provided as to their number. During the first confinement in 2020, the situation had already occurred and nearly 30,000 people had been identified.

Read also In Morocco, tour operators call for the reopening of borders

Added to this is the case of Moroccans residing abroad (5 million), who have not been able to return during the past two months. “Even for the most compelling reason there is: the death of a loved one! », laments Achraf (also anonymous), a Moroccan residing in France who moved heaven and earth so that his cousin could attend his father’s funeral in late December in Morocco.

“I called the embassy, ​​contacted the airlines, but no solution. My cousin followed the funeral on WhatsApp. I let you imagine the suffering and the psychological after-effects,” he points out.

As a last resort, some Moroccans organize themselves on social networks to charter private planes – these are not subject to the same conditions as commercial flights which are strictly prohibited. “In recent weeks, small jets with around ten seats have multiplied rotations, most often from Malaga [Espagne], at increasingly higher prices, reports Taoufiq Lahrech, real estate developer from Agadir stuck in France. The process is simple: just send the list of passengers and copies of passports to a private company. It is up to her to request authorization from the Ministry of Foreign Affairs. »

For a return at a lower cost (400 to 600 euros per person), he plans to charter a private charter with 170 seats. On social networks, he has no trouble bringing passengers together. It remains to find the charterer.

Read also In the midst of a pandemic, Morocco generalizes its social security coverage

According to several companies contacted by The World Africa, the demand is very strong. “We receive between ten and fifteen calls a day, confirms Isabelle Clerc, at Aeroaffaires, which charges the flight around 10,000 euros for an 8-seater jet. We cannot accommodate all requests as conditions are strict. Authorizations are more easily issued for companies that must continue their activity in the territory. »

On the Medias24 website, the civil aviation directorate recalls that, since the start of the pandemic and each time the borders are closed, “special flights”, that is to say subject to the authorization of the Ministry of Foreign Affairs, remain possible. Still, this possibility is experienced as discriminatory by many Moroccans. “There are therefore Moroccans who can return because they have the means and the others don’t! sorry Ashraf. It’s double standards: the rules should be the same for everyone. »

the plaintiff’s defense denounces “the malice” of “other aggressors”

“Romantic Tour of Sports Car 7” will launch a limited gift set signed by the producer “Yanuchi Kazuno”, share the racing memories and have a chance to win | T Kebang