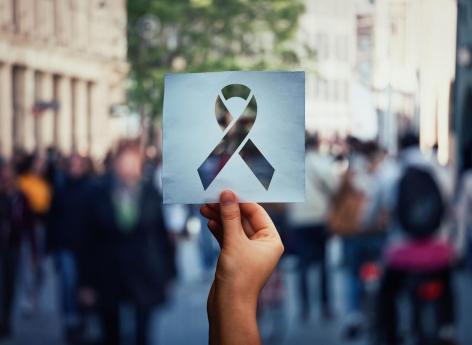 The fight against HIV is far from over. In 2019, more than 136,000 people were diagnosed positive worldwide, including around 20% in the European Union (EU) and European Economic Area (EEA) and 80% of these in the eastern part of the country. European region.

This numbers, published Thursday November 26 by the European Center for Disease Prevention and Control (ECDC) and the World Health Organization (WHO), highlight another worrying fact: the increase in number of people with HIV who are not diagnosed.

According to ECDC and WHO, more than one in two (53%) HIV diagnoses occur at a late stage of infection, when the immune system has already started to fail. This means that the screening policies put in place in different EU countries are not effective in detecting the disease at an early stage.

An increase in HIV infections across the European region

According to the study’s figures, the last decade has seen the number of people diagnosed with AIDS, the final stage of untreated HIV infection, halved. However, in the EU / EEA, 74% of the 2,772 AIDS diagnoses in 2019 were made within three months of the initial HIV diagnosis. This shows that there is a significant problem with the late diagnosis of HIV infection. However, a late diagnosis contributes to the continued transmission of HIV because, often for years, people do not know they are HIV positive and do not receive treatment.

Another not very encouraging data: the 10% increase since 2010 in the number of new HIV-positive people diagnosed throughout the European region. In contrast, the proportion of new diagnoses in EU / EEA countries fell by 9% over the same period.

A diagnosis too late in people over 50

HIV / AIDS surveillance data for 2019 also shows that the proportion of people diagnosed late increases with age. For example, in the European region as a whole, 67% of people aged 50 and over were diagnosed late in the course of their HIV infection. In 2019, one in five new HIV diagnoses was made in people over the age of 50.

This could be related to an underestimation of the risk of infection by the elderly themselves or by caregivers. Older people may also be more affected by the stigma associated with the disease and less comfortable requesting a screening test.

For Dr Andrea Ammon, director of the ECDC, the fight against the global Covid-19 epidemic should not lose sight of other public health problems such as HIV. “If we are to reduce the high proportion of people diagnosed late, it is essential to diversify our HIV testing strategies, as indicated for example in the ECDC testing guide.”

To reduce the number of future HIV infections, Europe needs to focus on three main areas, says ECDC. First of all, give priority to a series of preventive measures, such as awareness-raising, the promotion of safe sex through the distribution of condoms or the establishment of needle exchange and treatment programs. opioid substitution. Pre-exposure HIV prophylaxis (PrEP) must also be promoted.

It is also essential to deploy effective screening services for IGV for rapid diagnosis.

Finally, we must ensure rapid access to quality treatment and care for those diagnosed. Early diagnosis is important because it allows people to start treatment for HIV earlier, which increases their chances of living long and healthy lives and prevents further transmission, recalls the ECDC.