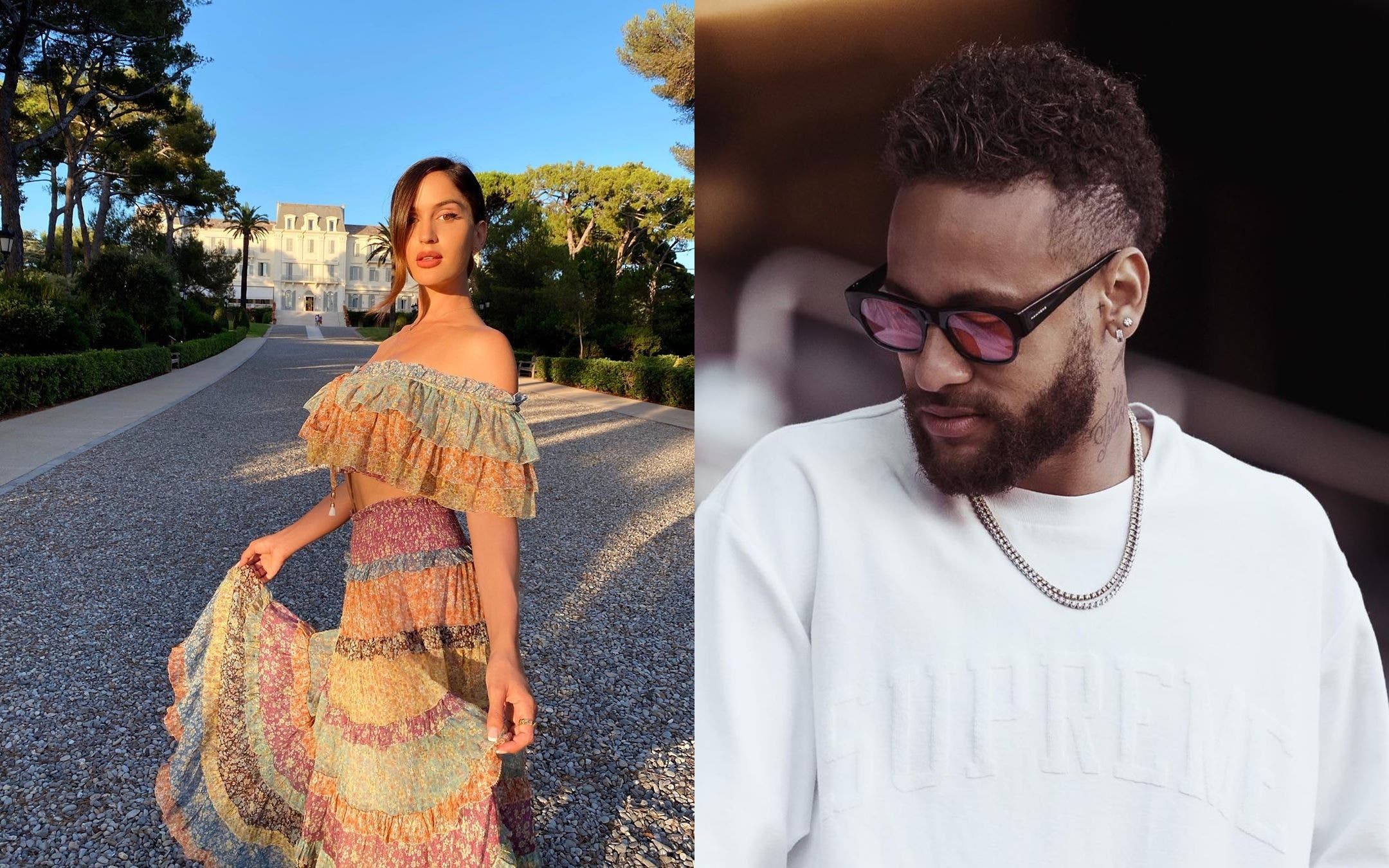 The courtship between the model Natalia Barulich and the footballer Neymar generated a stir in the entertainment world, given that Maluma is friend of the Brazilian and ex-boyfriend of the also singer and dancer. However, so far there were no official photos of the link of the forward of the PSG with the American until she published an image that confirmed everything.

“Never take life too seriously,” he wrote Barulich in a photo with Neymar and put an end to the mystery. The postcard of the model with the athlete cleared up any doubts regarding the dating rumors and reaffirmed the bond that exists between the two.

Also, during an exhibition by designer Christian Louboutin, on which Natalia shared different stories After revealing the photo with the Brazilian, she herself captured one of the screens that were exposed at the event and that showed a video clip of her ex-boyfriend Maluma.

Is that the model participated in the audiovisual production for that Colombian song, “Felices los cuatro”, which was launched in 2017, when the relationship between the two was still in force. In the pictures that Barulich recorded from the screen, you see a scene where you are in a room with Maluma and they even kiss.

Natalia Barulich recorded the screen for part of the video clip for “Felices los cuatro”, with Maluma. Credit: Instagram

However, it is not clear whether the memory of that video clip, which won a Grammy Latino to the Record of the Year, it was used by the American to send a message to her ex or if she did it by the mere chance of meeting him at the show.

“Hawaii” and the supposed mockery of Neymar

In August, when the PSG celebrated the pass to the final in the Champions League, an attitude of Neymar and the rest of the footballers made Maluma closes his social networks temporarily, although the singer denied it.

It is that that same night, the squad of the Parisian team – among those who distinguished themselves, in addition to the Brazilian, the Argentines Angel Di Maria Y Mauro Icardi- uploaded a video to the networks singing the song “Hawaii”, which the 26-year-old Colombian apparently dedicated, hurt, to Barulich.

It was for that reason that such a way of feasting was interpreted as a mockery of Neymar toward Maluma, who maintained a great friendship, but from this conflict there were no signs of such a bond.

Justice confirms the ineligibility of the Catalan regional president

After appeal: Court: Uber is allowed to continue driving in London