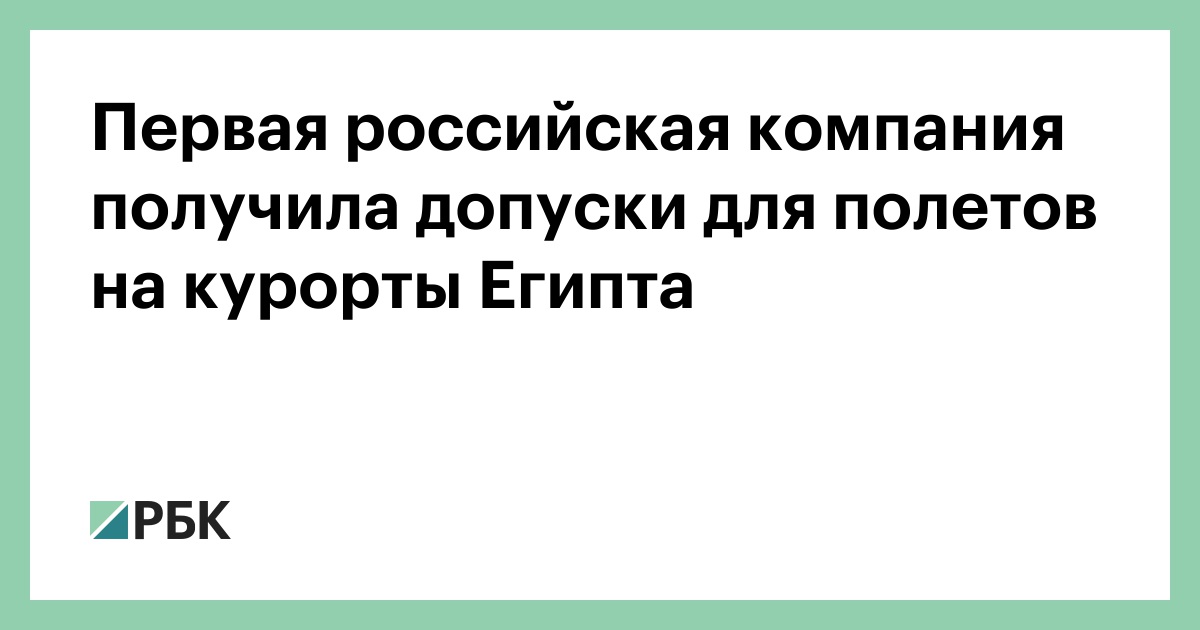 Rossiya Airlines, a member of the Aeroflot group, announced that it had received permission from the Federal Air Transport Agency for two regular flights from Moscow to Sharm al-Sheikh and Hurghada. The company’s message was received by RBC.

Flights are scheduled to begin on August 9th.

“To ensure the safety of citizens of the Russian Federation, the airline entered into an agreement with Sheremetyevo Security JSC for the provision of appropriate services at the airports of Sharm-al-Sheikh and Hurghada,” the company said.

The material is being supplemented.