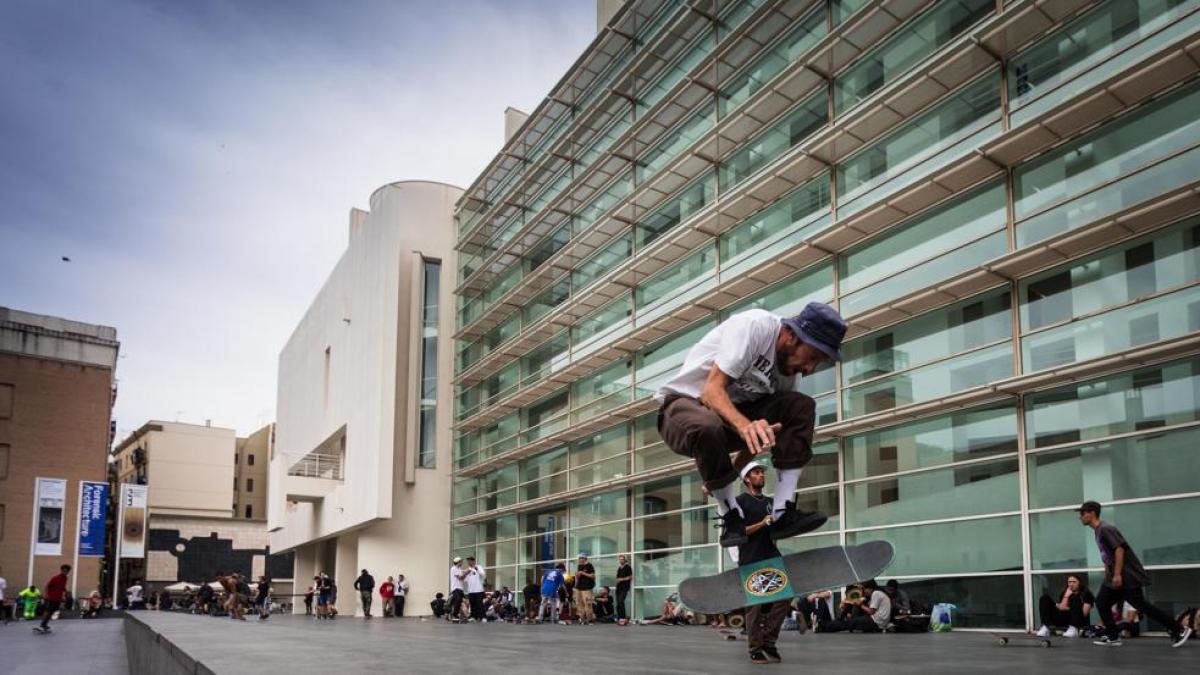 The Museum of Contemporary Art of Barcelona (Macba) celebrates its first today twenty five years of life. A atypical anniversary, whose festival has been eclipsed by the crisis of the pandemic (this weekend it celebrates an open house) but which invites us to think about the path traveled – from a city that had no tradition of contemporary art to being a model of international benchmark – and in a future in which to continue making sense in a post-covid world it must necessarily reinvent itself. To this end, we have invited the five directors who have been at the head of the institution over the years to reflect. They answer these questions: What have been the main achievements of the museum in these 25 years? and Where should it be heading in the post-covid world?

1. The opening of the Macba was a miracle. After a wide public debate and many musings in the artistic sector, a museum long desired by the most avant-garde sector of society appeared. A museum that went beyond the one Alexandre Cirici i Pellicer had proposed at the FAD. The debate was between updating the Museu d’Art Modern de la Ciutadella or presenting the avant-garde at an international level. The Junta de Museus de la Generalitat was in favor of a more traditional vision, while the City Council and the Fundació Macba favored more international trends. This forced the MNAC to extend beyond the Civil War and allowed the Macba to be more radical. Throughout these years the public in Barcelona has become familiar with forgotten or unknown art and artists, which has created a certain perplexity in some sectors, but I think that It has managed to get homologated with the great centers of the world.

See Also:  "Carmen", directed by Roberto Alagna, to be seen in full on france.tv/culturebox

2. In a few decades we have made a dizzying leap from the 20th to the 21st century, it is impossible for this contemporary scheme to be maintained in the immediate future. The world is changing and everything that is communication with society will use other means that are not simply museum. The Macba already has university-level courses, it has its own radio, you can access the Macba online, so I think it can be the great platform for the artistic structure of this new time. It is irremediable. I imagine a Macba in the future at the Estación de Francia, as they have done in Hamburg, or in a department store in the Zona Franca. But it will surely be more visual than objective. You will have to come out of the shell of the Richard Meier building.

1. The Macba came to fill an institutional deficit, a very important void that existed in the city. And with its pluses and minuses, its polemics and controversies, it has represented and represents visual contemporaneity in Barcelona.

2. It seems fundamental to me that the Macba leads this constant rethinking of contemporaneity and that it contributes to changing the system of the arts. I think that the function of the museum of the future has to be basically pedagogical, less spectacular and more oriented towards research, education, teaching, and the construction of contemporary world thought. It also has to review costs, scale, and be more rooted in the territory. Bearing in mind that culture and biomedical research are two strategic sectors in the city, it seems to me essential that Macba take the lead in the field of the arts.

“The dangers of Macba are nostalgia and asthenia”

1. Rather than thinking about the lights and shadows of these years, I think three important things are worth highlighting. First of all, the museum has managed to have a identity which has nothing to do with nationalist issues or closed identities, but rather refers to the place that the museum occupies in a given society, in this case Barcelona. That is, a museum that speaks from a place and that has generated a collection from that place. And that collection has to do with an idea of ​​a certain fragility, of orality, which places it against or separated from those certainties that existed and that had to do with the market or the canons. And there the Macba played an important role relatively early. A second moment, and despite the fact that like so many things in this country caused controversy, it was when, as a result of the agencies of the anti-globalization movements, it was seen that the museum was willing to connect with another civil society that was not the one in command and that Through this relationship with these groups, agents and operators, the museum’s own structure was challenged. The union of these two things generated a community of artists, creators around the museum. And for me, together with the Fundació Tàpies and La Virreina, it represented an institutional model that was its own, very different from Madrid or Paris, for example. Linked to this fragility, he discovered a space that did not exist. It is not the Pompidou, it is not the Tate, but its institutional proposal is more intimate, closer, which is something very significant in Barcelona in recent decades and that I think the city should promote.

2. Covid forces us to change the system and change things that were not going well. I’m not just talking about the Macba but about all museums in general. The system is ordered around a service economy, extractive, which not sustainable and we have to change that. The post-covid will force us to create more supportive structures where the idea of ​​care is very important. The sector is very fragile and is living a situation of severe precariousness. Museums cannot be left out. In an age like the present, where there is a tendency towards structural censorship and self-censorship, museums have an obligation to be places of refuge where ideas can be expressed. There would be no Western culture without Greek theater and yet all the horrors of society were there. But we must be less opaque, make the structures more flexible in order to be truly hospitable to creators who sometimes get lost in incomprehensible bureaucracies. But, I insist, that is everyone’s challenge. In the case of Macba, which has to rethink an identity that made sense in Barcelona and in the world, I see two dangers: that of nostalgia, staring at something that existed, and that of asthenia, that it runs out of strength to pose new challenges.

“The artistic community has embraced the institution”

1. It can be said that there is already a generation of artists who have consolidated their languages ​​and their works with a contemporary art museum as a reference. Someone called it the “Macba generation” and maybe that is hyperbole, but without a doubt that is a very important step. The art community has embraced the institution.

2. We live in a time of very rapid change: nobody plans for the medium or long term anymore. But I think that the consolidation of the museum’s role in society, that much larger layers of the population become regular users, is a good objective. AND increase its role as a benchmark in Spain and in the international context, at least in Europe, it should always be important. There are no museums that connect Europe and Africa. I have always believed that the Macba, from an eminently Mediterranean culture, is a privileged institution to face this challenge.

“The main challenge is to remain relevant in the construction of a free, supportive and democratic society”

1. Among the main achievements of the Macba throughout these years is the consolidation, by the hand of an extraordinary team, as a reference space for contemporary art and thought, which has made visible many of the lines of force and the tensions that weave our time. It has defined a critical institutional framework, in permanent transition, which has fostered the continuous review of its way of doing things, strengthening both a programming and a first-rate collection whose characteristics are unique.

2. The main challenge is to continue being relevant in the construction – hand in hand with art, culture and critical thinking – of a free, supportive and democratic society, especially in these moments of redefinition generated by the global pandemic. The museum must grow in its ability to reflect and generate broad – and sometimes contradictory – accounts of recent history while proposing itself as a place in which to imagine the future.

The top ten of directors

These are the works of the Macba Collection chosen by its directors from a collection that totals more than 5,000 pieces: