The heavy rains in Henan have so far caused 63 deaths, 5 missing, and more than 11.44 million people affected. In addition to the flooding of Zhengzhou Metro Line 5 caused by the heavy rain on the 20th, the Jingguang North Road Tunnel was also filled with rain within 5 minutes. The accumulated water in the tunnel reached a depth of 13 meters at one point, and a large number of vehicles and people were trapped. As of Saturday (24th), the authorities announced that the remains of 4 victims had been found. When the disaster struck, a man, Hou Wenchao, urged car owners to abandon their cars to save their lives, and was dubbed a “city hero” by netizens.

On the 22nd, rescuers used high-power pumps to drain the water in the Jingguang Road tunnel. It can be seen that there are a large number of flooded vehicles at the tunnel entrance.Online pictures

It can be seen from several videos circulating on the Internet that at around 5 pm on the 20th, at the upslope of the Jingguang North Road Tunnel from north to south, the stagnant water has flooded two-thirds of the vehicle tires, and more than 400 vehicles were blocked here. , But many car owners are still sitting in the car and watching; in a critical moment, a man kept yelling at the scene: “The car is no longer! It’s important to keep your life…”.

For more than ten minutes, he has been advising loudly, knocking on the doors of some car owners who are still parked on the road and refusing to leave, persuading everyone to leave as soon as possible. The video shows that people come out one after another, and the water has flooded to the waist. In the following video, the water flooded the roof of the car and completely covered the road.

The owner of the car abandoned the car to escape after hearing Hou Wenchao’s reminder.Video screenshot

After the video of this propaganda was uploaded to the Internet by netizens, netizens commented: “How many lives have been saved by this sensible voice!” The internal media launched the “Looking for Mortal Heroes in the Rainstorm” campaign and found the man who shouted to save people. He is Hou Wenchao, the head of the Henan branch of Beijing Jingyuda Construction Decoration Group Co., Ltd.

According to internal media reports, Hou Wenchao is from Henan and his hometown is Zhoukou. He was driving in the tunnel from north to south from Jingguang Road that day. Hou Wenchao recalled that the vehicles in the tunnel were blocked at that time and the drivers were waiting in line. No one realized that the danger of life had come. 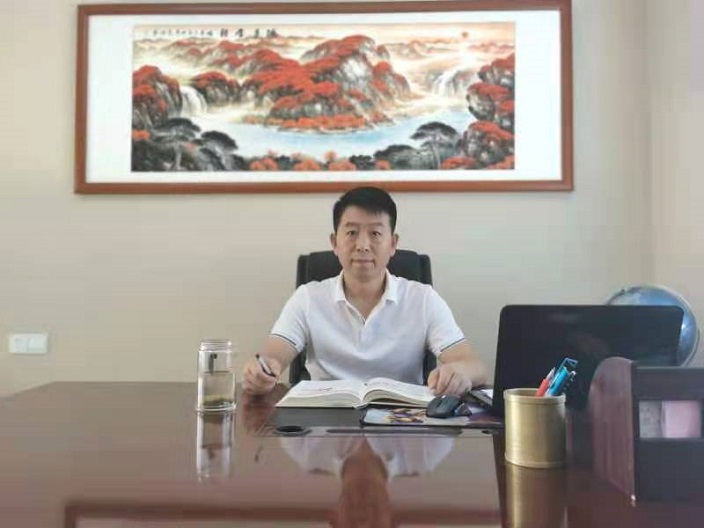 “When I drove through the intersection of Beijing-Guangzhou Expressway and Longhai Road, the car was stuck there for more than an hour. Later, someone suggested to get off the car to ease the traffic, but it traveled more than ten meters, and then I couldn’t walk anymore. Scene. There are probably hundreds of cars in the jam, spreading more than 500 meters long…” Hou Wenchao said.

At that time, at the culvert at the intersection of Jingguang Road and Hanghai Road in front of the road section, the water was out of control, the vehicles on site were flooded, and people and property were washed away by the water. Pedestrians had to hold hands to form a pedestrian wall and walk slowly in the sewage. It was the flood here that caused the congestion in the later section.

Hou Wenchao said that he suddenly remembered the flood that happened in Beijing in July 2012. “At that time, countless cars and countless people were carried away by the turbulent water, and people couldn’t hold them. The water level on the road was rising, and the cars kept surging. When the sewage gets in, the car door cannot be opened no matter how it hits…”

Recalling the scene at that time again, Hou Wenchao still felt frightened: in the face of natural disasters, human beings are weak and fragile.

Hou Wenchao was extremely sensitive to similar situations because he had personally experienced the disaster. He had insight into the danger from the congestion and rain at the time, so he made a decisive decision, picked up his mobile phone and wallet, opened the door and got out of the car, calling for the drivers and passengers in other vehicles to evacuate in time.

Hou Wenchao said that all the vehicles had been flooded at the time, but there were still drivers who were reluctant to keep their vehicles and finances in the vehicles. “There was a taxi driver who drove a new car. This car was also a source of livelihood for the family. At that time, he was reluctant to abandon the car and walk away. I told him that life is more important than money… There is also an old lady. She didn’t want to get out of the car for life and death. For her safety, I could only open the car door and pull her out…”. 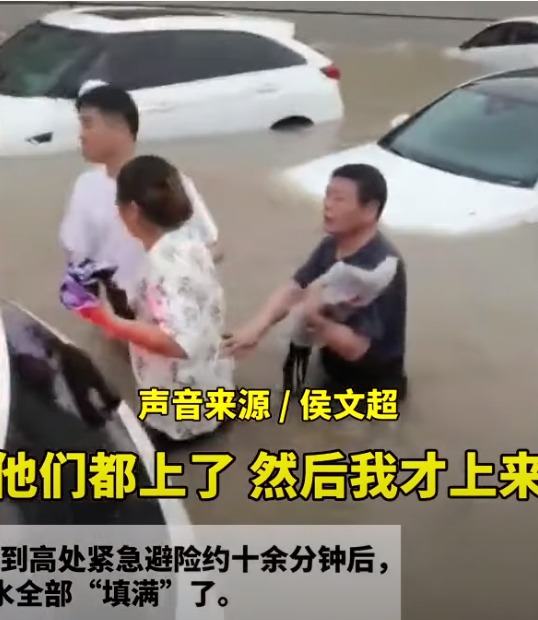 The owner of the car abandoned the car to escape after hearing Hou Wenchao’s reminder.Video screenshot

Hou Wenchao walked two or three hundred meters forward, shouting non-stop, and filming more than 20 vehicles. After dozens of minutes of emergency evacuation, all the people evacuated safely. Just when Hou Wenchao and the others walked on the ground, all the vehicles in the tunnel were submerged in just ten minutes.

From leaving the scene at 5 or 6 in the evening, Hou Wenchao returned home on foot, and it was already two in the morning. On the way home, he posted 5 short videos taken in the evening in his circle of friends. He wrote twice in a row, “Awe of life!” He also wrote, “My voice is broken, I think it’s worth it.”

A netizen who escaped the disaster because of Hou Wenchao’s warning posted a message on the short video platform, “Finding this wise uncle and hero throughout the Internet has saved many families and my family.”