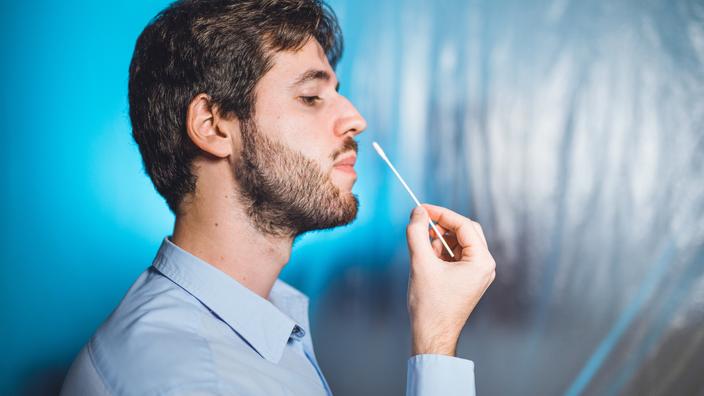 This method, presented as “a useful complement” by the Minister of Health, struggles to find its audience.

“We hardly sell any, even though we are not stopping antigenic tests!” Like this pharmacy in the 18th arrondissement of Paris, all reports from the field confirm the trend: sales of self-tests have remained moribund since their appearance in pharmacies on April 12, 2021. “About 160,000 boxes of five self-tests were sold in April and 330,000 in May. The figures for June are not yet known but they should be lower: in my establishment, the decrease is 50% over the last month», Illustrates Denis Millet, pharmacist in Nantes and Chairman of the Economic Studies and Strategy Commission for the Federation of Pharmaceutical Syndicates of France (FSPF).

Very low figures compared to the 243,000 PCR and antigen tests performed daily according to the census of the Covid tracker site. But that doesn’t surprise Sonia *, pharmacist in Angers: “the price slows down enormously»She explains. Indeed, while PCR and antigenic tests are free in France, the box of 5 autotests at 25 euros can hardly compete.

Not in the health pass

For this other Parisian pharmacy, these products never found their target: “They were aimed at people regularly in contact with vulnerable groups and who had to be tested once or twice a week, but these people preferred to do PCR tests, which are more reliable, or to be vaccinated quickly.».

Denis Millet has a similar opinion: “The self-tests were mostly used in May, when people started to come out, but that is less the case now., he said. Above all, these tests are not taken into account in the health pass for taking the plane, going to festivals … they are therefore much less useful today.“Denis Millet recognizes, however, that the self-tests are”less intrusiveThan PCR tests, because they are deeply embedded in the nose.

The exclusivity of the self-test sale

The pharmacies had fought to have the exclusivity of the self-test sale at the expense of supermarkets, also positioned to distribute these kits. But this system has never convinced its public. And according to Denis Millet, sales should continue to decline in the future.

Read also :Self-tests in schools: what results in countries which already use them?

However, there is a possibility for self-tests to make a comeback: for PCR tests to become chargeable. The recommendation was indeed made by the National Academy of Medicine to encourage recalcitrant French people to take the step of vaccination. An idea that government spokesperson Gabriel Attal has not ruled out in the medium term.

* This first name has been modified