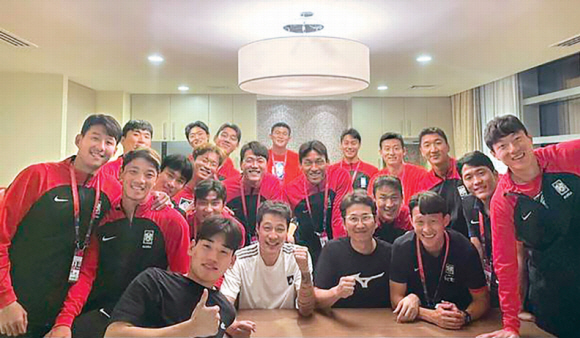 Son Heung-min Rehabilitation Trainer Association sniping
SNS “Room 2701, something beyond common sense”
Association “Those who couldn’t be hired without qualifications”

Ahn, who is known to have contributed to Son Heung-min’s recovery miraculously, told a social network service (SNS) in Qatar on the 6th, “A lot of things happened in Room 2701 (not the national team’s accommodation).” If you give it to me, you will be able to learn more about things beyond common sense.” He then announced his existence and expressed his dissatisfaction with the Football Association, saying, “There will be a future for Korean football only when we reflect on and improve on this incident.”

It was confirmed that Son Heung-min, Cho Kyu-seong, Jung Woo-young, Son Jun-ho, Kim Jin-soo, and Hwang Ui-jo, as well as Son Heung-min, also clicked ‘Like’ in the disclosure, and fans who accumulated complaints about the association tended to sympathize with Ahn’s writing.

Regarding Ahn, the association explained, “He was the person who served as Son Heung-min’s personal rehabilitation trainer in the previous A match.” An official added, “I understand that the team cooperated so that they could reserve a different floor of the hotel where they stayed and offered the cost, but they refused to accept it.” He also said, “When we published a job posting in the related field last year, this person did not apply, and we were able to hire only when the issue of certification was resolved.”

Until now, it is known that there has been no contact between the association and Mr. Ahn. Instead, the association is in a position to check the facts with the coaching staff. It is said that Ahn did not respond to her media contact at all.