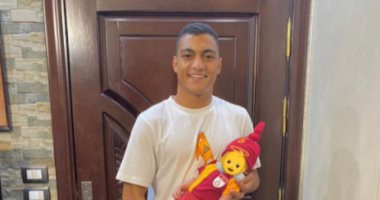 The officials of the Football Association, in coordination with the Egyptian national team, are deciding the position of Mustafa Mohamed, the Egyptian striker, and the Turkish Galatasaray, for the upcoming Pharaohs camp, in preparation for the Libya matches scheduled for October 9 and 12 next month in the third and fourth round of the 2022 World Cup qualifiers.

There was an agreement by the Football Association and the former body of the team led by Hossam Al-Badri to exclude Mustafa Mohamed from the Libyan camp, or to fine him financially after the player’s outward speech in the match between the national team and Gabon, which ended in a positive 1/1 draw.

The technical staff of the Egyptian national team, led by the Portuguese Carlos Queiroz, will hold a meeting this morning, with the assistant staff, which includes Diaa El-Sayed, Mohamed Shawky and Essam El-Hadary, to resolve many issues related to the team, whether the names of professionals and the start of the camp, in addition to resolving the position of Mustafa Mohamed.