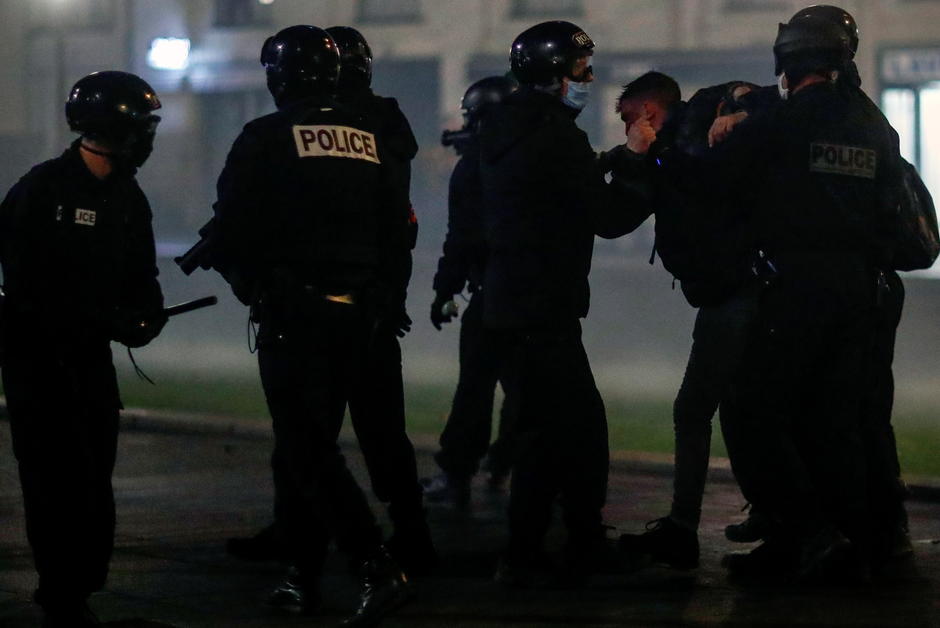 Authoritarian drift? French-style George Floyd affair? After the dissemination of images of the assault on a black producer by the police and while a demonstration against the “global security” bill is scheduled in Paris this Saturday, November 28, the European press is outraged.

The dissemination of the assault on Michel Zecler by four French police officers by the French media Loopsider, November 26, could it lead to a deep political crisis in France? This is what several foreign media think. In Brussels, The evening even evokes “A French George Floyd affair”. The Belgian daily explains that this is not an isolated incident:

By maintaining in his post the very controversial police chief of Paris, Didier Lallement, Gérald Darmanin suggests that the facts were committed in his eyes only by black sheep who do not undermine the police institution […] However, it is structural dysfunctions that are involved. Already during the yellow vests crisis, in the winter of 2018-2019, the police had been criticized for their doctrine of maintaining order and for violent slippages in the demonstrations. ”

In Barcelona, the Vanguard remember what “The beating of a black man puts the French government in a difficult position”. Prime Minister Jean Castex first wanted to appoint a commission headed by the president of the National Consultative Commission on Human Rights (CNCDH) to rewrite article 24 of the “comprehensive security” bill (adopted on November 20 by the National Assembly), which prohibits filming the police. Faced with the anger of parliamentarians from his own camp, Jean Castex had to abandon this idea. New demonstrations are planned in France this Saturday, November 28 against the “global security” law and especially against article 24.

For Vanguardia, this crisis could cost the French president dearly:

Internal tensions within La République en Marche (LREM) are not a minor problem. The presidential majority has suffered dozens of defections in recent years from deputies disappointed with the policy pursued. This is a mortgage before Macron’s re-election in spring 2022. The president can get a second term, but perhaps much tighter than in 2017, which would reduce his political authority. ”

In Lausanne, Time does not say anything else. For the Swiss daily “The head of state could lose his most moderate electorate, worried about an authoritarian drift”. In Frankfurt, it is also the deadline for the 2022 presidential election that worries. The Frankfurter Rundschau valued moreover, that the police violence and the reactions of the authorities “A heated debate on the state of democracy” and qu’“Emmanuel Macron governs France in a more authoritarian way than Donald Trump the United States”.

Whatever the electoral consequences of this crisis, the emotion is alive everywhere in the world, where the images of the beating of Michel Zecler have become viral. In London, the Guardian highlighted what “French personalities, sports stars and politicians have all spoken out to condemn this aggression” and quotes the tweets of footballers Antoine Griezmann and Kylian Mbappé: